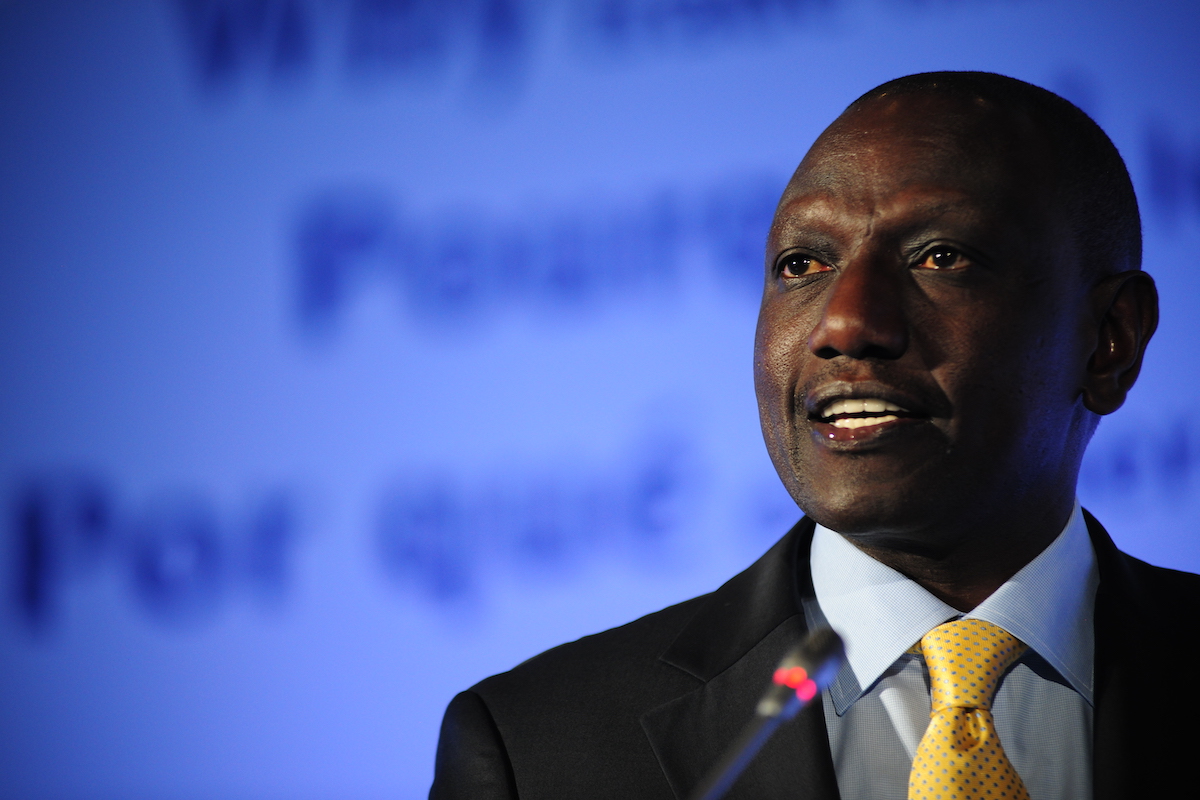 Trans and queer people all over Kenya are bracing themselves for the day William Ruto assumes office as the country’s president.

It was announced last month that Ruto, who is currently the deputy president, had provisionally won the election. A date for his swearing-in is yet to be set.

Ruto’s 2015 attack on the LGBTIQ community was likely the first thing that came to mind for many queer Kenyans upon hearing the news.

Back then, in his capacity as deputy president – and in anticipation of the visit of US secretary of state John Kerry, which would begin later that day (3 May 2015) – Ruto told the congregation at a Nairobi church service: “The Republic of Kenya is a republic that worships God. There is no room for homosexuality in Kenya.”

Get our free Daily Email

Ruto’s homophobia is linked to several structures of oppression that shape anti-queer violence in Kenya and throughout Africa: Christian fundamentalism, imperialism, cisheteropatriarchy and capitalism.

His words revealed that he was justifying and reinforcing state anti-queerness by reimagining Kenya, a constitutionally secular country, as a Christian state guided by religious definitions of morality, with queerness standing in opposition to these.

Ruto was reinforcing his commitment to safeguarding the interests of the Kenyan church at the expense of queer and trans Kenyans. He has also actively bolstered churches’ allegiance to him through large, frequent donations from as early as 2018 and promises that his government would “protect and defend God’s word in Kenya” throughout his presidential campaign.

His promotion of ‘Christian morality’, with its opposition to queerness, should also be positioned within a larger wave of imperial evangelical influence from the United States, which has accelerated the development of homophobic and transphobic legislation and state violence in countries such as Uganda, Ghana and Nigeria. This is itself part of a broader ideological proxy war on the continent between US liberals and conservatives that has deprived African queer people of self-determination.

Ruto’s ideal of a Kenya devoid of queerness is evidence of his determination to maintain what is in effect a white supremacist patriarchy, with continued hegemony over definitions of sexuality and gender on the continent: a neocolonial vision in itself.

However, given that since the early 1990s he has been part of a political class that has overseen the reinforcement and continuation of anti-queer policies throughout the nation’s history, then perhaps we should think of his homophobia as representing continuity, an intensification of the ongoing anti-queer violence and exclusion, rather than a shift in approach per se.

Ruto’s homophobia is backed by colonial penal codes that continue to criminalise queer sex. It means he can point to the law to bolster his views, saying for instance in a recent interview: “Whatever is within the constitution and the law I will respect. So long as everybody is operating within the law and within what’s permissible in the constitution, they have nothing to fear because we are a nation governed by the rule of law.”

What he is alluding to here is the possibility of prosecuting queer people, whose private lives are allowed by law to become public business through state and community surveillance.

Ruto’s approach builds on a legacy of violence and neglect that has seen successive governments and the entire political class – including his rival for the presidency, Raila Odinga – treat queer people as “non-issues” (president Kenyatta), call for the arrest of gay people (Odinga), and incite violence against queer people (former president Daniel arap Moi).

This combination of state aggression and neglect has resulted in the state’s refusal to extend care to queer communities being eroded by HIV/AIDS from the 1980s onwards; its failure to attend to the systemic rape and murder of queer and trans people; and the criminalisation and harassment of poor trans and queer people, particularly refugee communities, by the police. This is not to mention its refusal to tackle the high levels of poverty, homelessness and ill health experienced by queer and trans people, whose conditions are the same as those of most Kenyans, but are compounded by alienation they experience from their own communities.

We should reject an oversimplified analysis of Ruto’s anti-queerness and transphobia. Instead, all of us, including straight and cis Kenyans, should see cisheteropatriarchy as a tool for control and division that helps the ruling class exploit all working people through capitalism, imperialism and neocolonialism, with trans and queer people being the worst affected.

We should also be more critical of the proposed policies of Kenya Kwanza, the new ruling alliance. An alliance that fashions itself as a vehicle for ‘economic empowerment’ for the poor, while at the same time excluding queer and trans people (most of whom are poor) from its vision of Kenya, is not willing to disrupt the systems of power at the root of oppression – only to stabilise them and pacify dissent.

Most importantly, we must forge solidarity and alliances that cut across issues and borders. As ecofeminist organiser and scholar Ruth Nyambura reflected last year, in a world that has always been unsafe for marginalised people in the Global South, “we need spaces for radical politics in which the poor, the oppressed, the working class, queer people and trans people can come together”.

The various systems of power ensure that transphobia and queerphobia are promoted within a context of deprivation and exploitation – food insecurity, the climate crisis, pandemics, unemployment and wage exploitation, and the over-policing of poor neighbourhoods – and never as isolated issues.

Instead, we need to cultivate these coalitional spaces because freedom for trans and queer people will only be won through mass movements of people who understand that their conditions, and therefore their freedom, are deeply intertwined.

If, as Ghanaian trans musician Angela Maxine sings in ‘Wo Fie’, “Your driver might be LGBTQ/ Your tailor might be LGBTQ/ Hairdresser might be LGBTQ,” then even in a Kenya led by Ruto our struggle against transphobia and homophobia cannot begin and end with tackling Christian fundamentalism. Our struggle must also be anti-capitalist, anti-colonialist and anti-imperialist.

This article was originally published on opendemocracy.net

This article is published under a Creative Commons Attribution-NonCommercial 4.0 International licence.