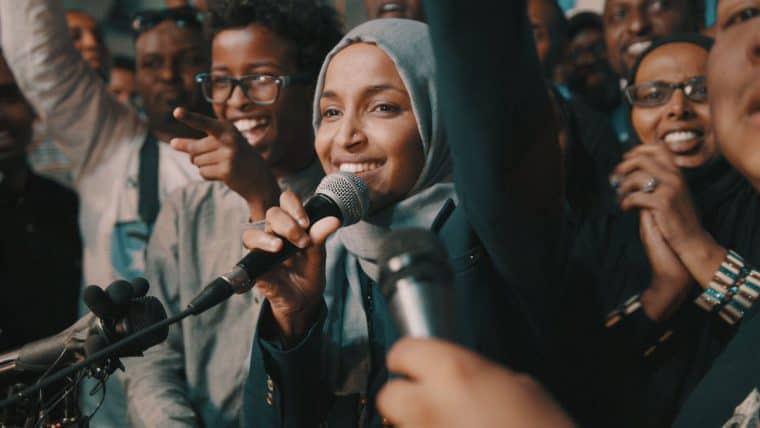 Former Somali refugee and Minnesota state lawmaker IIhan Omar is favoured to take a seat in Congress after winning her Democratic primary in a heavily left-leaning Minnesota voting district.

“Tonight we are celebrating because we engaged and empowered our community – and we won!” Ms Omar said in a statement. “Our campaign staff, our volunteers and the people of the Fifth Congressional District are the inspiration we need to get up every day and fight for a democracy that guarantees a more just and equitable society.”

She has the potential to be among the few Islamic women elected to Congress. Congress currently has only two Muslim lawmakers and both of them are men. In her career, Omar has championed left-leaning policies, including Medicare for all, a US$15 minimum wage and abolishing US Immigration and Customs Enforcement.

Posting on Twitter shortly after her Minneapolis win was announced, Ms Omar said:

We started this campaign to prove people are ready and willing to fight for an America that works for all of us. To every staff member, volunteer, donor, and voter, this win is just as much yours as it is mine.

Together, we will move our district, state and nation forward.

Today is about more than winning, it's about building a coalition to fight the politics of fear and scarcity.

I'm a legislator, a refugee, and a working mom. But above all, I'm an organizer. And I'm ready to organize for the America we deserve. I'm asking you to join me. https://t.co/mJ4fPVDuib

Her winning speech was inspiring and she is set on providing representation that girls from her background and circumstances can aspire to.

In Trump’s America, it was always unlikely that Ms Omar’s campaign would proceed without a hitch. According to VOX, the news and opinion website, Omar has faced Islamophobic attacks from the alt-right in the course of her campaign from conservative media outlets, who have baselessly claimed that she was once married to her brother and has ties to terrorists. President Donald Trump himself targeted Omar’s district, warning that Somali immigrants were a “disaster” for Minnesota.

Omar said President Trump’s “politics of fear” motivated her to get in the race.

So proud of the progressive, bold, revolutionary @IlhanMN for her victory tonight. The future of America is:

and she is just the beginning. Congratulations, Ilhan!

Following in Omar’s footsteps is Hodan Hassan, who won the Democratic primary race for Minneapolis House District 62A, becoming the second Somali-American female, after Omar, to be elected to a state legislature.

In fact, several other Muslim women are running for Congress in districts where primaries are yet to occur, including Deedra Abboud, who is running for Senate in Arizona, and Tahirah Amatul-Wadud, a House candidate in Massachusetts.

It seems that diversity is the main trend in this year’s American primary and special elections. Another notable addition to the women of colour from various religions vying for office are gay, lesbian and transgender candidates. In Vermont, Christine Hallquist become the first transgender candidate to win a major political party’s nomination for governor. The 62-year-old beat three other Democrats to secure the victory in the fight for more inclusive representation for people of all backgrounds, religion, gender and orientation.