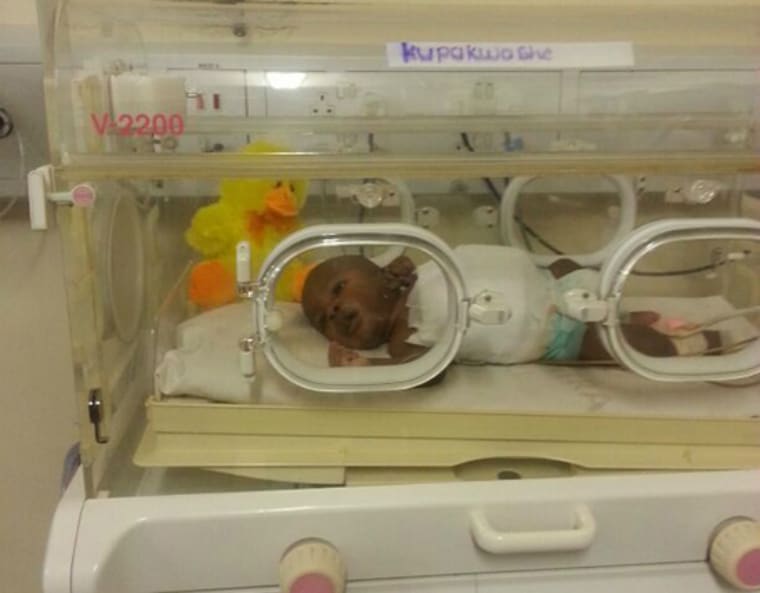 It took an eight-hour operation by the team at Harare Children’s Hospital to separate the pair of twins who also shared a liver.

The pair, who were born on 22 April, became a part of history as this was the first such procedure in the country’s history.

“We did not get any help from outside the country, and I would like to thank everyone involved, from specialists to cleaners and I want to tell the nation that this work was done by Zimbabweans and no individual can claim success as this was a team work,” said Bothwell Mbuwayesango, the team leader and surgeon.

The twins’ parents, who had previously refused to grant media interviews, were elated.
Agnes Mongoro, mother to the twins, recalled her experience of finding out she had delivered conjoined children.

“It was difficult at first but after counselling and information that there have been such cases in the country,” she said.

Since independence, Zimbabwe has experienced not more than five cases of conjoined twins.

In the cases, one was referred to medical institutions abroad and on two occasions, the babies died before going into theatre, with the one ‘minor’ surgery being successful.

Resource constraints have always been the reasons proffered for the failed cases, and only government’s intervention through drugs and related requirements saved the latest pair.