Artists stepped into the “Roaring Twenties” with their jobs spread out for them but the pandemic also presented them with new dilemmas. Releasing music during a pandemic would be bad business: much-anticipated releases were shelved and fandoms left to starve.  And yet, even if artists could not tour off new albums, the pandemic provided an opportunity to address history in real time and connect with humanity at its most universal moment. The second dilemma concerned finding the right balance between authenticity and the algorithm. While immediacy and novelty are wired into the internet, lockdown would also be the right pace for layered music. Lastly, artists would have to define their individuality in the seamless field of pandemic-themed content.

Geneva-based Zimbabwean saxophonist, composer and producer Vee Mukarati was working on his second album, Vital Signs, when COVID-19 came into the picture. In a move that recalls The Bhundu Boys’ 1989 journey back to Harare to record a more grounded album on home soil, Mukarati went to Zimbabwe to soak indigenous elements into his sound. COVID-19 took over the headlines when Mukarati was already hitting post-production but its history-defining implications had no effect on his workflow. He had written a pandemic album before the pandemic and hovered over its themes of disease, death, human fragility, alienation and precarity years before sitting down to it. The precarious of poor lives was a permanent pandemic he had witnessed throughout his life. 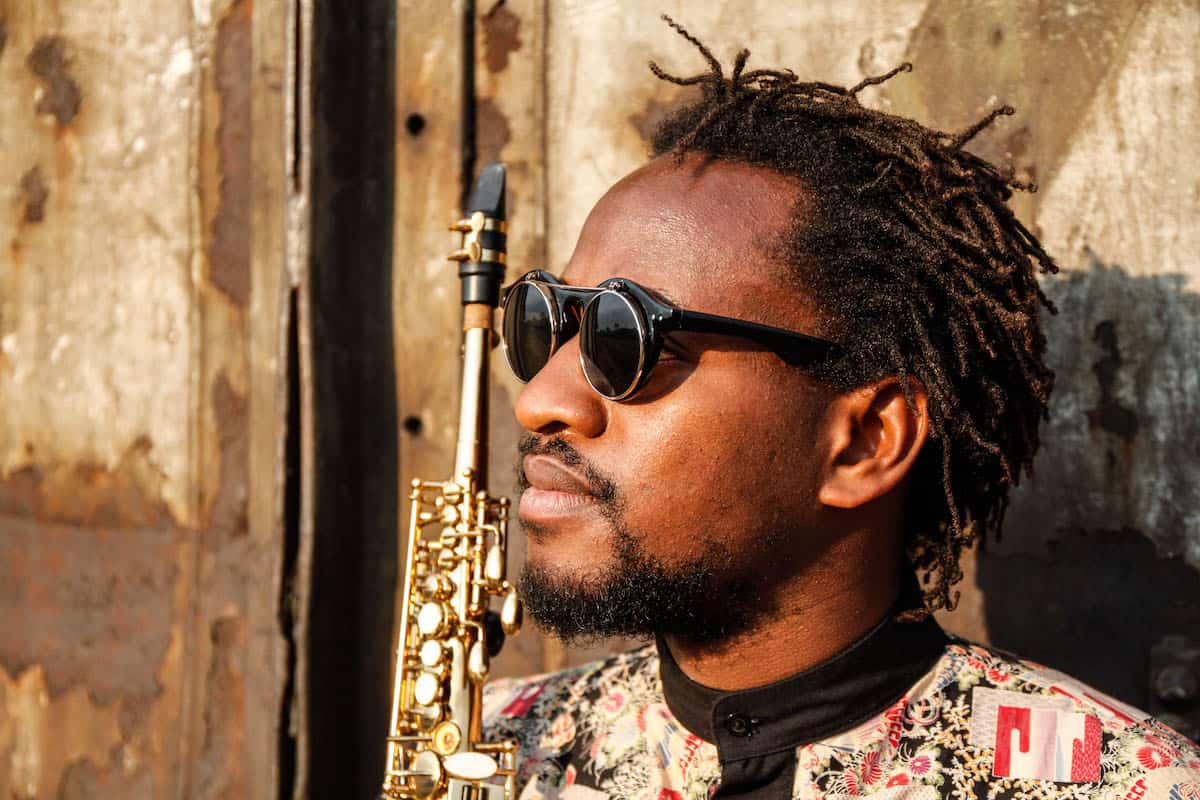 “Most of the inspiration for the songs just came from being in Zimbabwe and some of the daily challenges that come with living in the country that has been in crisis for so long,” the swinger told This Is Africa. “It’s like when the global financial crisis in 2008 happened. The whole world was affected by this one thing but if you think back at the state of the Zimbabwean economy at the time, it was like, when everyone started freaking out about losing money and inflation and not having stability we were going like, welcome to the club, this is our daily experience and has been for a long time. It’s a really sad thing to note but it’s true.”

Even as he parsed through his dark subject matter, Mukarati’s brand of Afrojazz took a refreshing turn with the understated fusion of his signature sax with mbira, hosho and the djembe drum. The folksy character of this undertaking, the Zimbabwean groundedness of the music and the mainly Shona lyrics, were a departure from his  previous album which had been mainly sung in English to a more cosmopolitan arrangement. And yet, by taking it all back home, Mukarati somehow achieved an urgent humanity and eclectic universality. Vital Signs was received approvingly, with an editorial nod by the Bandcamp streaming site, a glowing feature on Pan-African Music’s top 50 African albums of the year, among other honours.

Meditating on mortality through sound

Holding on to the music was hardly an option as that would have meant skipping the moment that it was made for. From the first cut to finish, Mukarati meditates on mortality. “Ndega Ndichichema” is a bereavement song whose brevity, like that of the EP seems to symbolise the lives it is lamenting. The brevity of the project makes for a solidly packed narrative while symbolising, in the listener’s wish that it could have gone on, the brevity of the lives it is lamenting. “Nhamo Yedu” is a plea about the brevity of life. The deeply involving color scheme here is not so much the blackness of the sound but the one blood which place all humanity in the same boat. On “Masaisai”, Mukarati laments more pandemic conditions, “sleeping hungry, dying of diseases… being caught in the waves.” He flexes sonic exercise by doing a mbira rendition against a sax performance of the song, writing a precarious vibe into each version.

Slow and easy, the jazz way, lockdown has provided a regenerative sabbatical away from the the frenzied swirl of deadlines and tour buses.

The critical reception is not enough for Mukarati who is waiting tip-toe for the all-clear signal so he can hit the stage again. “That’s the one thing that I truly truly miss the most and was the hardest part of releasing it (Vital Signs) during the pandemic.” His peers have taken to streaming to bridge the cap and maintain touch but the jazz sensation has taken to the studio instead as he feels that some genres work better on the internet than others. Slow and easy, the jazz way, lockdown has provided a regenerative sabbatical away from the the frenzied swirl of deadlines and tour buses.  “It’s allowed for ideas to sit in the production phase for a lot longer and for the development of those ideas to have a far more gradual arch. It may not be the ideal way for everyone to work but I personally have found it very freeing. Having the opportunity to allow an idea to really mature and for you to experience it and develop it over a significant period of time without any expectations or deadline to meet is pretty fantastic.”

A production jam-packed with metaphors and imagery

Alienation, a running thread in the album, is as Zimbabwean as it is global. One is alien as disempowered citizen, as a marginalised immigrant and as a mortal human. All meanings can be convincingly read into “Mutorwa”, while the muse in “Alcatraz Garden”, an oxymoron of lush freedom and imprisonment, named after a British penitentiary, could be an image of Zimbabwe. “I love using metaphors and imagery. To have the listener not only hear the song but also have a very visual experience with the music. 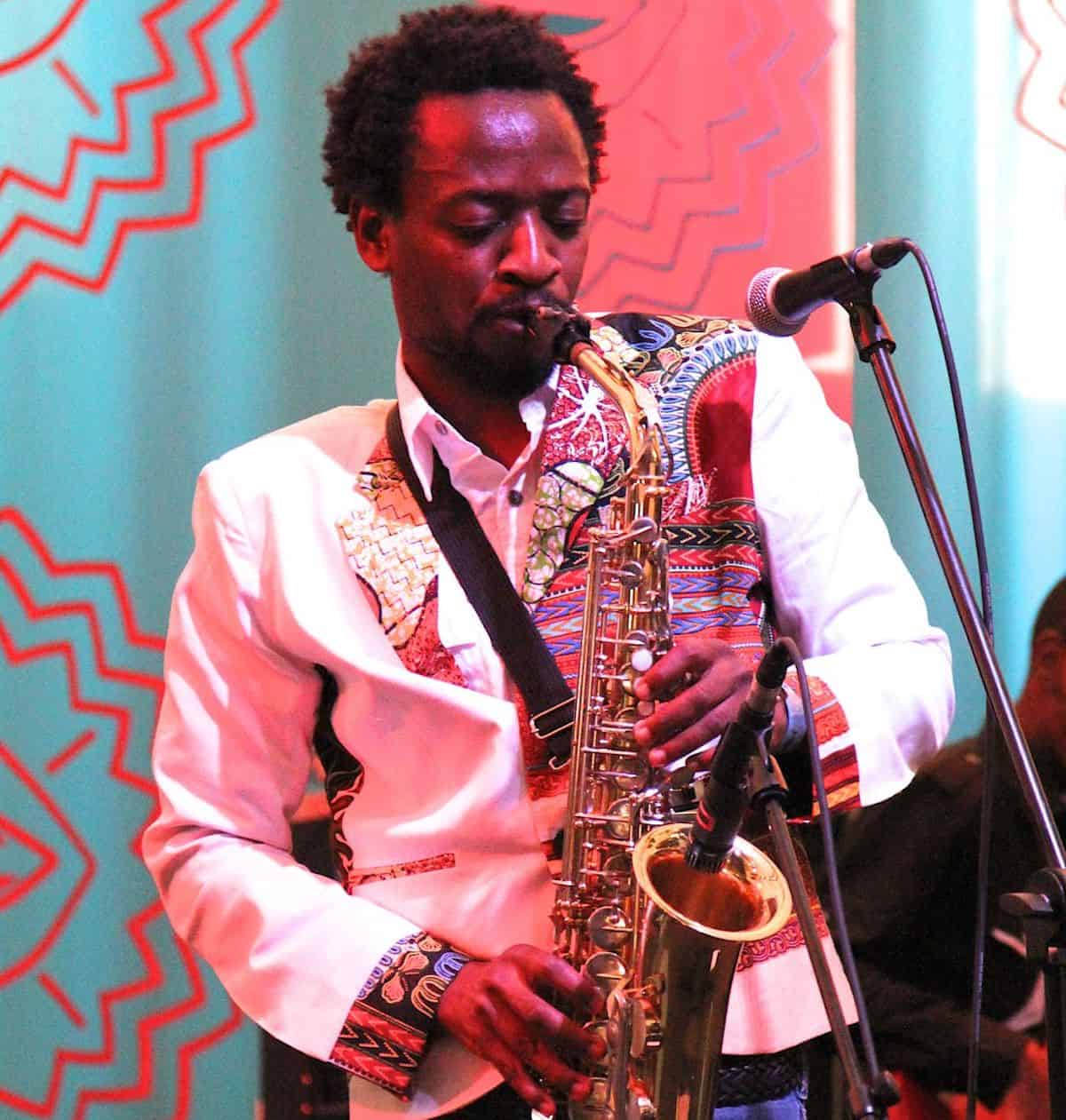 Back home, social-media streaming is taking exciting new ways. Hoteliers are coming into the picture, with Rainbow Tourism Group powering Gateway Stream, a paywalled streaming platform that showcases the ambience of their services. Celebrity pastors are also throwing money into the streaming circuit, with Walter Magaya recently launching YOI TV from his hotel to promote Sungura and Passion Java hosting Gara Mumba Iwe (Stay Home) concerts, where Zimdancehall stars have been the prime toast. Nash TV has proven to be a consistent lockdown content machine, while Zimcelebs is frequently tapped by promotional causes to sell them its huge audience. The new format has been a win both for reflective and for novelty-oriented artists forced to stand out of the seamless sameness of the era.

In the technologically evolving world of the pandemic, creatives are find themselves increasingly adapting their voice for each medium: the poet or journalist needs a different voice for the page, the web, social media, radio and so on. Mukarati does not feel equally pressured as a musician, with lockdown changing how the musical interface. “I don’t write for the internet nor radio . I write for myself, I write to express myself and the rest comes after. Some of the stuff will do better on one platform than the other but that’s certainly not anywhere within my though process when I’m creating. When a child is playing they are not thinking about what time it is or what they are wearing or who is looking at them, it’s just having fun and being in a state of flow. My pursuit within the creative process is to reach that place of flow where you don’t have a care in the world and what comes out of you is whatever comes out of you, he said. Wherever the music is going, it has to come from a place of truth.

With lockdown hours stretching forever before him, the jazz nerd is spending time on an upcoming album, furthering his music studies, learning French. “I feel like this year and this point in my life is one that is mostly about growing intellectually so i’m investing in that,” he said.