On February 27, 2020 the first confirmed case of Coronavirus in Nigeria was recorded by the Federal Ministry of Health. About a month later, Lagos State declared a lockdown which included a ban on gatherings of over 25 people. This ban directly affected cinemas, cutting off income for filmmakers and marketers.

Nigerian indie filmmaker Imoh Umoren in December, 2020 posted a tweet lamenting the effects of COVID-19 saying that the Coronavirus had put him in debt. Umoren who directed the hugely successful 2017 film Children of Mud was confined at his house, working on his laptop putting final edits to a video, which was part of a project he directed.

When the lockdown was announced, Imoh was also in the middle of shooting his TV series, Channel 77, in his studio with a crew of over 70 people, which included main actors, extras, his crew and cleaners. He had to stop filming, and would not shoot for another eight months. He told This Is Africa that until now, he has not finished shooting that TV series. Throughout the lockdown Umoren did not embark on any new projects.

Emmanuel Igbekele, a cinematographer, was just wrapping up a production and just like Umoren, he was also preparing for another production when the lockdown in Lagos State was announced. The production activities, which involved inter-state travel were  indefinitely postponed. During the first two weeks of lockdown, Igbekele started doing post-production work hoping he’ll get back to work after two weeks.

When the lockdown was extended to more than three months, in which he was just home doing nothing, Igbekele told This Is Africa, “I was concerned because I had family to take care of. My budget was running low and I began to panic. Money was not coming in and I started spending from my savings”. In those months, Igbekele lost income.

According to PricewaterhouseCoopers (PwC Nigeria), Nollywood, the second largest film producer in the world, contributed 2.3% to Nigeria’s GDP in 2016. The industry is reported to generate between $500million and $1billion annually, and is usually busy towards the end of the year.

“Typically in December, there would be like ten Nollywood films jostling for cinema time,” Imoh said.

But asides a few films which were shot, and produced prior to the COVID-19 pandemic, there have been no film premieres, events which usually come with a lot of pomp and pageantry.

On March 15, 2020 the African Magic Viewer’s Choice Award (AMVCA) was held in Lagos. The confirmed Coronavirus case recorded from the event put scrutiny on Nollywood. All those who attended the award ceremony had to self-isolate. At that time, Nigeria had 44 cases of COVID-19, with 29 of those reported cases in Lagos. Fast forward one year later, to date Nigeria has recorded 161,000 COVID-19 total confirmed cases (with 12,8900 active cases), and the impact of the pandemic has been significantly tough on the filmmaking industry, and broadly on the arts, culture and entertainment sector.

When the lockdown was eased in August of last year, Walter Taylaur the pioneer of crime caper/comedy in Nollywood told This Is Africa that COVID-19 came with its restrictions and challenges on film sets. Taylaur created the position of Chief COVID-19 officer on the film set, whose responsibility was to enforce the World Health Organisation COVID-19 guidelines. He slashed the number of people who were on set to the bare minimal. But the practicality of these guidelines on production proved to be more difficult than imagined. The compulsory testing of film crew for COVID-19, which cost between $110 and $130 per person inadvertently led to an increase in the cost of production by about 10 to 20 per cent. In cases where only one bus was initially needed to transport the film crew, that was forced to change due to social distancing, and two buses had to be rented. “We could not shoot so much of exterior and night scenes because of the curfew,” Taylaur said. “We made sure that everyone wore gloves, and nose masks, but people complained that their hands were sweaty and they struggled to hear each other when speaking,” he added.

Igbekele told This Is Africa that the production team had to restrategise their daily call sheet, which made the production work more tedious. “Normally we sometimes shoot into the night but because of the curfew we could not do that so we had to pump more scenes during the day, so it was more work time”. Some night scenes were instead moved into day because of the curfew.

When Igbekele resumed production, he also had to take a mandatory COVID-19 test, and always wear a face mask. “People that came out positive had to be let go. And because some of us had been exposed to them we had to wait for four days before doing another test,” Igbekele said. 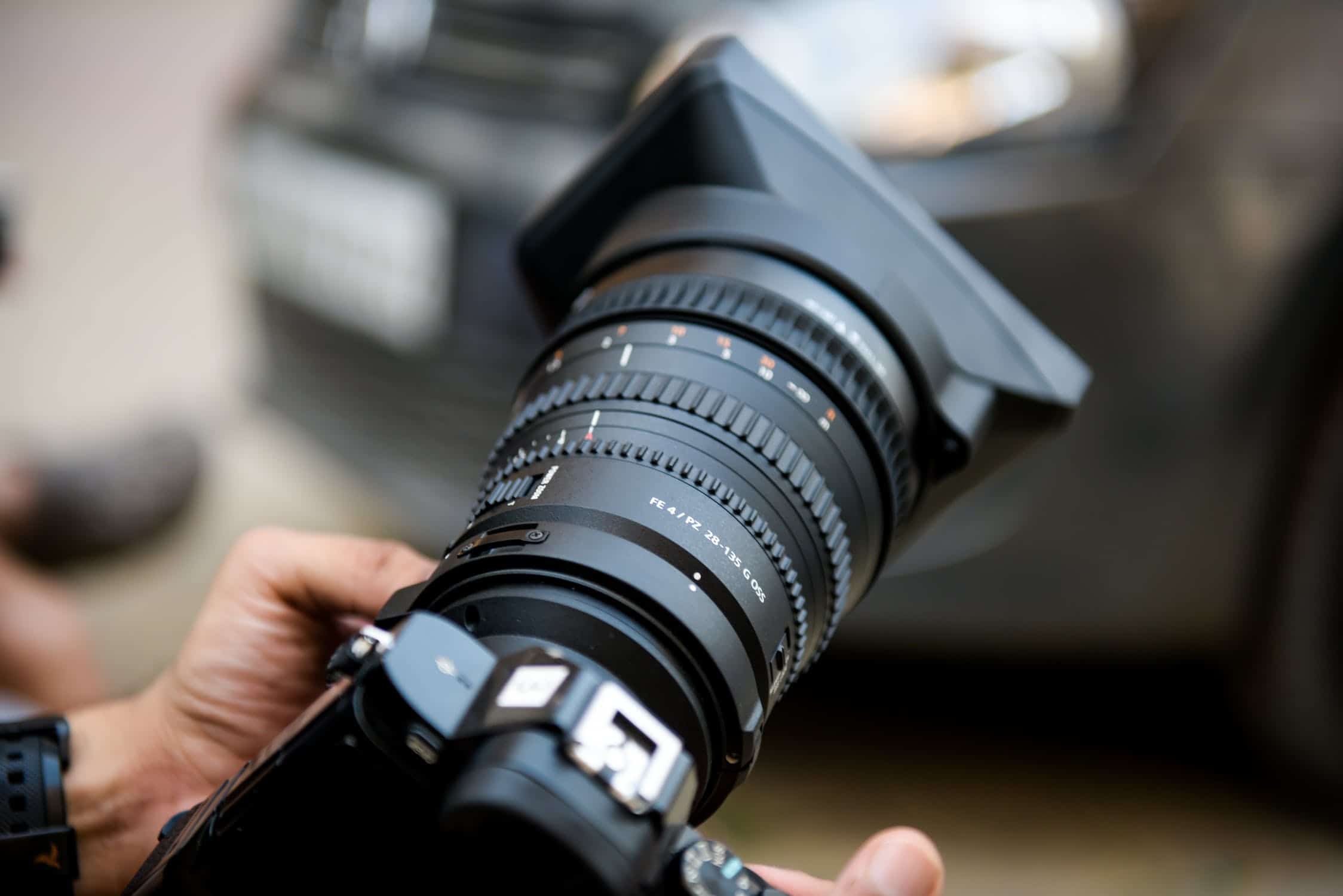 For Igbekele, it was a cumbersome process that was not only physically but also mentally tiring. “It’s one thing to focus on your job, it’s another thing to keep safe at all times. Everyday you do body temperature checks, you wash your hands. The things you don’t necessarily have to consider when shooting, you have to consider them when shooting because that is your ticket for your next job. If you are positive for COVID-19 you’ll not be allowed to shoot, and you’ll be asked to go home, and that means no money”.

Joy Odiete, the CEO of Blue Pictures which distributes films across west Africa and has been in the business for more than 15 years spoke to us about the effects of the pandemic on the marketing and film promotion front. Odiete told This Is Africa that as a marketer she’s lost over 60 million naira ($158,151) during the COVID-19 pandemic. Odiete who recently opened a cinema pivoted her business towards VoD. She said that VoDs don’t need a lot of money for marketing, unlike cinemas where the filmmaker has to consider a huge marketing budget.

Filmmakers and marketers in Nigeria have had to explore Video on Demand as an alternative distribution service as cinemas were forced to close.

For filmmakers like Taylaur and Imoh whose film Herbert Macaulay premiered in cinemas last year, VoDs enabled them move to the next projects faster and further, attracting new audiences.

“Most of the content that were supposed to go into the theatre automatically ended up on Netflix and other platforms, which was a large chunk of our revenue,” Odiete concluded.