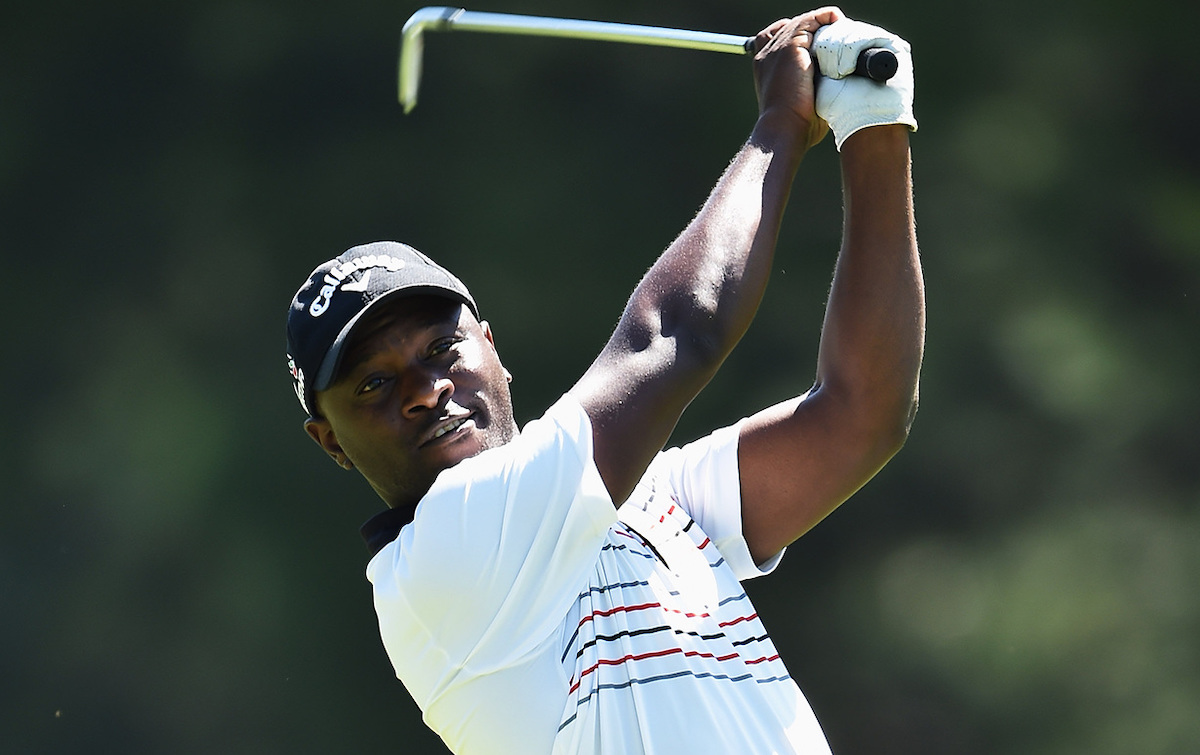 Zambian president Frederick Chiluba, who knew a thing or two about golf, saw something special in the courteous 15-year-old when he first witnessed young Madalitso Muthiya swinging away on the course 23 years ago.

Chiluba would later ask an American, James Roth, to facilitate a scholarship in the United States for the young Zambian rising star. Muthiya was awarded the scholarship at University of New Mexico, going on to win several junior tournaments. With that, Muthiya started his journey to become the first black African golfer to qualify for the US Open.

16 years on, no other person of colour from the continent has been to the world-acclaimed tournament, the third of the four major championships in golf.

Muthiya, now 39, doesn’t have regrets in his career, despite not going on to fulfil his early promise.

Why does the number of black golfers only continues to fall?

There are a variety of factors to the minimum success, in Muthiya’s case and others, including cultural and racial barriers that make it difficult for black people to break through the invisible financial barricades of the sport.

“The biggest challenge has to be support,” Muthiya told This Is Africa. “It goes in different ways. Getting involved in golf is a little pricey. You need a structure, support system and people to guide you in that direction for the long haul, not just one or two tournaments. It’s a long journey.”

Taught the game at the age of six by his father, and then having his country’s head of state as his fan, the support system that Muthiya speaks of perhaps didn’t carry through at a critical stage of his career until now. The Zambian gives one example of another golfer who benefitted from the faith of people around him until he finally reached the top in world golf.

Getting involved in golf is a little pricey. You need a structure, support system and people to guide you in that direction…It’s a long journey

“A great example is (English golfer) Justin Rose,” Muthiya said. “Look at how much he struggled and all that pressure he got after making the cut in the British Open. Everybody was expecting him to do incredible things. But they believed in him and gave him so many sponsors’ invites to play on the European Tour until he broke through”.

“No one has been given that many invitations, I think, but they believed in his ability and people stood by him. Look at him now. He is a world-class performer and a winner on a grand stage in golf and the PGA Tour. That’s what we need in Africa, you need people in the corporate world, even the clubs where the person hails from. Otherwise we won’t see people break through.”

Johannesburg-based Muthiya admits his career trajectory has not been upward as many anticipated after his 2006 US Open appearance.

“I have under-achieved in many ways and I feel like I should be playing at a grander tour than where I am playing right now,” he said.

“Circumstances kept me where I am and I accept it, building myself back up. I have played consistently and I am a Sunshine Tour winner. It speaks for itself. There are so many thoughts I have. For me, I have some successes, but not according to the way I envisioned it. Life gets into the way and you have to adjust to that. Life is similar to golf, play it as it is in front of you. I can only make the best of what I have.”

Muthiya is hugely proud of his Zambian roots, although he is bold enough to say how a lot better golfer he would be with the backing of his homeland.

“What I have received from my country is just acknowledgment, no tangible support,” Muthiya said.

In terms of government support, many African countries concentrate on football

“But what I know is that the general public and the golfing fraternity love me. The Ministry of Sport there is concentrating on football, just like any other African country. So to push a sport like golf…they have always understood it in a different kind of way. I can’t blame them, but I also think that they should take a step in finding out more and spreading the support across all sports.”

From a young age, friendly and likeable Muthiya has always been pretty comfortable around people from different cultures and different parts of the world.

He owes that to his upbringing back home in Zambia, as well as life as a widely traveled professional golfer.

But there are occasions, though, when the differences manifest and social skills have to be applied deliberately.

“It definitely gets lonely, if you jump into an environment that a lot of black people are seldom seen,” he remarked.

“I’m sure it’s bound to be that way. The way I was raised, I don’t feel out of place because I know my purpose and I follow that. I have set goals for myself and I want to achieve them. That’s how I measure myself. I’m living according to the goals that I have set for myself, and I’m dedicated enough. I’m doing the necessary things to achieve those things, that’s how I weigh my success”.

Speaking on the racial barrier, Muthiya said, “Golf is a white-dominated sport, that can’t be hidden. But if you appeal to people on a human level, you won’t feel that. If you look at it from a racial standpoint, you will probably feel lonely. I have tried as much as possible not to be influenced by the fact that there are very few people of colour involved.”

After living in the US for a number of years, competing on the Korn Ferry Tour, the developmental event for the PGA tour, Muthiya explains why he has made the big decision to return to the Mother Continent.

Golf is a white-dominated sport, that can’t be hidden

“I was on the Korn Tour and I lost my playing privileges, my card,” he said. “I finished outside the top 100 so I didn’t have playing privileges for the following year. So what I decided was to go to a place where I could actually play more because mini-tour golf wasn’t sustainable. You’re just playing the whole year to sustain yourself and then go to the qualifying school to try and qualify for tournaments. I had been away from Zambia for a long time and so I wanted to be closer to home and then sort of build myself back up through the Sunshine Tour, European Tour and then back to the USA.”

Muthiya desires to be a role model to black golfers in his country and across the continent, and at 39, he still has the opportunity to inspire a generation if he carries on for the next decade or so.

But he wants his ability and achievements on the golf course, rather than just the skin of his colour, to provide the inspiration.

“First and foremost, I would like to be looked at as a golfer,” Muthiya said. “Secondly, if it inspires somebody of colour, who is like me, coming from a similar background and story, that’s what I would like. But I wouldn’t want that (race) to be the narrative before my golf.”

Shining a light on Rashidi Yekini