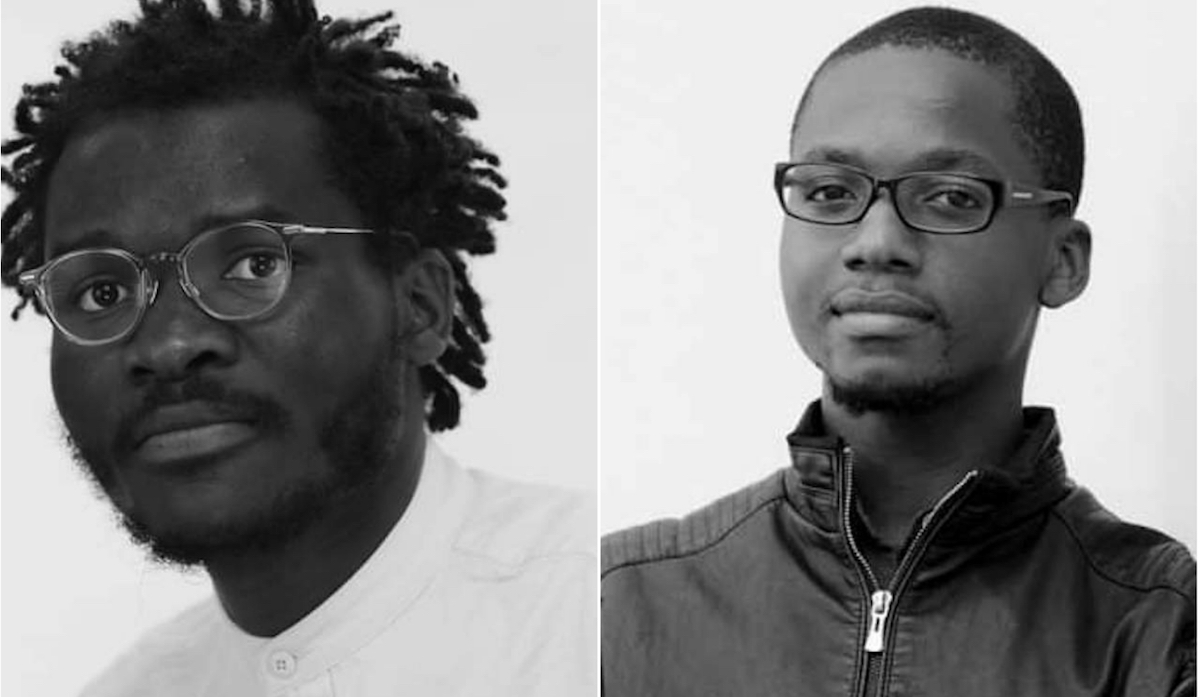 OitentaNoventa is facilitating monthly conversations between writers born in the 1980s and 1990s with writers and industry actors they look up to from older generations. While the first season, beginning October last year, mostly focused on Mozambican creatives, from-my-school-to-yours interviews, available on OitentaNoventa’s YouTube channel, are expanding to more African and Lusophone voices this year. Founders and award-winning writers David Bene and Mélio Tinga share their progress with This Is Africa’s Onai Mushava.

Onai Mushava (OM): As millennial creatives, do you ever feel like, “Damn! We are already the generation in charge. We may as well build the support systems we would have liked to wait for?” What kind of feeling puts you up to an initiative like OitentaNoventa?

In Mozambique, we have a dozen projects like this one, whereby founders take full responsibility for the existence of their initiatives. Despite this, we are aware that there must be responsibility and involvement of institutions with some power so that this type of initiative does not end up with just a small group of people.

We are aware that the Government should play an important role in boosting initiatives that disseminate literature, promote books and reading, and create the necessary connection between writers and people. At this moment we dare to say that this does not happen in Mozambique.  Literature, as its results are not noticeable as quickly as needed, was never a priority. Literature is on its own.

OM: What was the moment of your coming together for this initiative, the push and the hours you put in before plug-and-play?

ON: We started with the OitentaNoventa project in the second half of 2021 and had the first broadcast in October, and others followed. We always identify a writer born in the 80s or 90s, who invites an established writer, of his or her preference, to talk about the writing process, science, books, and life. All sessions are available on the OitentaNoventa YouTube channel.

We invested a lot of time and resources in the concept building of the project in the first season. At this moment we know that this works, and we are in an exercise of finding other partners, in Mozambique and the continent.

OM: What changes do you picture with OitentaNoventa, from Mozambican society and book industry, going into the continent?

ON: One of the biggest challenges we face is the fact that there are still literary islands in Africa. There is Lusophone, Anglophone, and Francophone literature. These islands do not dialogue with each other, but we are probably discussing the same social and cultural problems, because we have the same essence, or apparently, we do.

It seems strange to us, for example, that in Mozambique you are unable to read Dambudzo Marechera and in Zimbabwe, Mia Couto and Ungulani Ba Ka Khossa. South Africa is right next to Mozambique, but we know very little about their literature. We have practically no participation of South African writers in festivals that take place in Mozambique, and vice-versa. Mozambique shares a border with Tanzania, but it was only after the Nobel Prize announcement that we learned of the existence of Abdulrazak Gurnah, and even after we learned of his existence, we doubt that there will be, for example, a translation project of his work so that it can be read in Mozambique.

Strangely, even today we have not overcome these barriers when everyday products are going in and out of one country to another. But this isn’t exactly a problem of literature, it is more political than anything else. There are institutions whose role should be to think about this and eventually, in partnership with writers, come up with solutions. Anyway, this is the cruel reality. It seems to us that with each passing day this is being taken as something normal, rather than a chronic disease.

One of the biggest challenges we face is the fact that there are still literary islands in Africa. There is Lusophone, Anglophone, and Francophone literature

If established writers hardly exist in another country, we wonder what can be of the new generation. They are islands with an obsolete and simplistic picture of the essence of the others. These islands are becoming larger, and the borders haunt us. Our challenge is to reverse this scenario. We think that OitentaNoventa is that bridge of convergence. We intend to present the best of African literature, regardless of its language, to “invent” a society that knows the extension of the worlds that surround it.

OM: You were partly motivated to start OitentaNoventa by the lack of generational links, the lack of generational support systems and the lack of platforms for new writers to announce their arrival. Both of you are also creative writers, besides being conveners and curators of talent. What personal challenges did you suffer as young writers coming up in the industry as a result of this lack?

ON: In Mozambique, in the last two decades, a new wave of promising young writers has been emerging (a phenomenon that seems notable in other African countries). This generation is immersed in a system where the major challenge is the lack of readers. The problem isn’t of today, the generations before us have faced it.

We believe that a coherent and organic intergenerational bond is crucial in the creation of readers and the empowerment of the literary system. It is everyone’s challenge; writers, booksellers, publishers, cultural journalists, critics, literary agents, and government entities. Mozambique has some references in African literature, and for us, we must continue building new references to give continuity to the voices and reflections of our people. It is evident to us that this is not done in an isolated manner, this is done by (re)connecting all those who give body to literature.

Paulina Chiziane was the first published Mozambican female novelist. She was OitentaNoventa’s first interviewee in October 2021. (via OitentaNoventa Facebook page)

OM: Collaborating across two different countries, Mélio in Mozambique and David in Japan, with writers from all over the world, what kind of vibe comes out of these cross-continental exposures?

ON: We have known each other for almost 10 years. In the last three years, we have reconnected more organically. Being in different geographic spaces, we talk about the same challenges and share the same dream. We think the distance was important to us, to the extent that each one, being in a different context, built his convictions, but something about it remained, the concern to contribute to the maturation of the literary system in Mozambique and the continent. Since this cannot be done by merely two dreamers, we decided to create a platform, OitentaNoventa, that would involve more people.

We are convinced that borders are an invention of man! Our role as writers and promoters of literary projects is to break those boundaries without causing chaos, without unbalancing the internal and external geometry of existence. It is important to break those borders so that we get to know other authors, other references, to take them from one country to another.

Mozambique, because of the language factor, is a country that is practically isolated in the region. Our challenge is, despite this, to bring other authors here and vice versa, because we have a vision of a continent that, regardless of its cultural and linguistic diversity and social challenges, is still able to create bonds through books.

POET TO POET: Marcelo Panguana (left) interviewed by Alvero Taruma in the May 2022 episode of OitentaNoventa.

OM: What have been the major changes in the publishing industry between your two generations of interest?

ON: In the last decades of the last century, it was possible for a book to have one or two thousand copies, probably because there was a serious policy of support for the production and distribution of books. Today we have an interesting scenario in Mozambique; the emergence of small and medium-sized publishing houses in recent years, that is, the author is no longer a hostage of a publishing house. This fact catalyses the emergence of new voices. The matter of quality in this regard is debatable, but it is undeniable that the new publishing houses create greater publishing opportunities, although with very small print runs, five to ten times less. The traditional model of bookstores is starting to be questioned, some of them are closing their doors, and books are not only bought in bookstores.

In addition, although Maputo, the capital of the country, remains a kind of centre for many of the literary actions, today it is already possible to notice that other actors in other provinces are building an appreciable legacy. And finally, the growth of internet access has made possible greater access and distribution of literary content, but also of books.

OM: Older writers are notoriously less eager about the internet. Does this reflect your experiences in tracking down industry elders for the monthly talks?

ON: We believe that it is not exactly a matter of being less eager, but of the connection they have with these platforms. Our generation, at least in matters of internet access and technological awareness, has been luckier than the previous ones. For some writers, it is unthinkable that a book can be safely distributed in a digital format, but it’s customary for the younger generation. It is a matter of time and experience with these tools, not exactly of interest.

In recent years we have noticed that progressively older writers are getting along, trying to learn, or have someone do it on their behalf, which is interesting. The COVID-19 has shown even to the most skeptical and conservative ones that technology is here to stay. Hundreds and hundreds of festivals in the last two years had to adopt a virtual model, and since the participants are writers, they had to learn the minimum to be able to attend. As for our case, we have not encountered any setbacks during our work. The older writers warmly welcomed us.

OM: What kind of institutional support does your initiative enjoy?

ON: For now, we have been using our funds to materialise the project. We are open to any kind of partnership that can leverage the project. The Centro Cultural Brasil-Moçambique (CCBM), Rádio Universitária, Colibri noir, Diário de uma Qawwi e Broken Creative Agency have given us support in communication and content production, and to them we will be forever grateful.