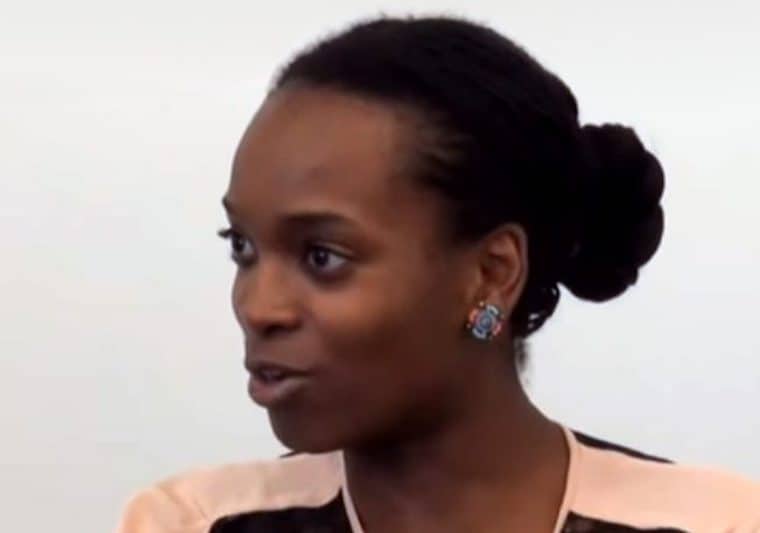 Njideka Akunyili Crosby is known for creating art that draws on her ethnic heritage and African experience. The artist, who was born in Enugu, Nigeria, and moved to the United states at the age of 16, studied art and biology at Swarthmore College, as a Mellon Mays Undergraduate Fellow. She then went on to earn a post-baccalaureate certificate at the Pennsylvania Academy of Fine Arts before attaining a Masters of Fine Arts degree from the Yale University School of Art.

Akunyili went from strength to strength, first in her selection as artist-in-residence at the highly regarded Studio Museum in Harlem in 2011, winning the Smithsonian American Art Museum’s James Dicke Contemporary Art Prize in 2014 and landing a solo exhibition at the Hammer Museum. In 2015, she was named 2016’s Financial Times Woman of the Year, winning the McArthur Genius grant in 2017 from the John D. and Catherine T. MacArthur Foundation and designing the mural that wraps around the Museum of Contemporary Art, Grand Avenue, Los Angeles, this year.

Her work has been described by the Victoria Miro Gallery in London as “densely layered figurative compositions that, precise in style, nonetheless conjure the complexity of contemporary experience… Her cultural identity combines strong attachments to the country of her birth and to her adopted home, a hybrid identity that is reflected in her work.”

Akunyili’s rise began when she was offered US$5 000 for “I Refuse to Be Invisible,” a painting of her dancing with her husband, with her staring confidently at the viewer. Shortly after, three of her works sold for US$8 000 each at Fredericks & Freiser gallery in New York.

Then, in 2016, an untitled 2011 work sold at the Sotheby’s New York Contemporary Curated sale for nearly US$100 000. This was followed by the sale of “Drown”, an image of the artist reclining in an intimate embrace with her husband, for nearly US$1,1 million. Then “The Beautyful Ones”, a 2013 portrait of her eldest sister, sold for a whopping US$3,1 million and recently her painting “Bush Babies”, which she had donated to resell in a benefit auction, sold for a whopping US$3,4 million.

Akunyili told the Wall Street Journal that after the Christie’s sale of “The Beautyful Ones”, which had sold for a low US$20 000 just three years earlier, she had wanted to begin contacting buyers of her paintings to ask if they would be willing to hold on to her works or resell the pieces privately, rather than at auction, so that she could keep prices from climbing to levels that she could not sustain after the fever invariably cooled off.

The reality is that in the contemporary art market, collectors who cannot obtain the works of trending artists turn to auction houses like Sotheby’s, Christie’s and Phillips. These houses promise astounding sums of money to owners of such works, inevitably driving prices up to dizzying heights.

At auction, Sotheby’s sold Akunyili’s “Thread” for US$1 million when it had bought the same piece for around US$30 000 in 2011. In the same sale, the son of a Nigerian ex-general, Theo Danjuma, sold her “Harmattan Haze” for US$1,2 million after paying roughly US$32 000 for it less than two years earlier.

These are examples of why the artist is scrambling to reclaim control over her sale prices to avoid ending up like other young ‘it’ artists, such as Sterling Ruby, whose spray-painted abstracts sold for as much as US$1,7 million four years ago but now fetch about a third of the price.

To this end, Akunyili is funneling her new work to museums for prices in the low six-figure range and is creating murals like those in Los Angeles and in Brixton, England, that cannot be auctioned because they are in situ pieces.

For a career artist, longevity holds greater appeal than short-term lucrative sales, which cause the crash that inevitably makes them less marketable and diminishes their relevance in the art world. They become like a shooting star – bright and beautiful in the beginning, before fizzling out into the darkness.

Sex positivity 101: It is not just about getting laid

Hook up Etiquette: The dos and don’ts of one-night stands