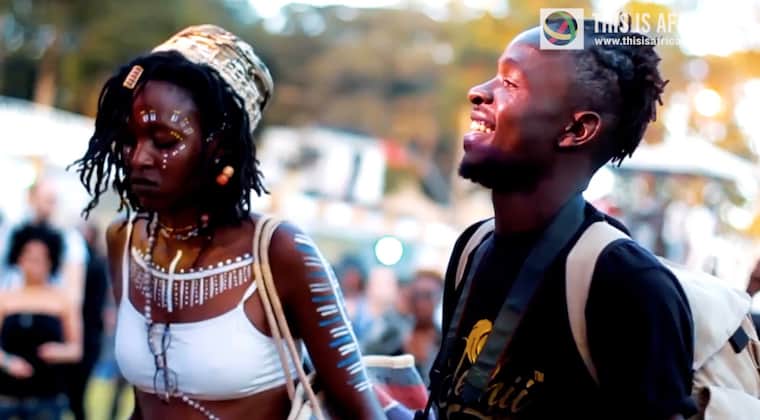 East Africa is making a name for itself as the world’s new festivals destination. This can be seen from the number of major festivals that have become part of every festival tourist’s diary, including the Bayimba Festival and Nyege Nyege in Uganda, Sauti za Busara in Tanzania, Safaricom Jazz Festival and Kilifi New Year in Kenya, and Africa Nouveau, in Kenya’s capital city Nairobi.

What makes East Africa attractive and fuels the gradual rise as a festival tourist destination is not only the properly curated and organised events, but also easy accessibility, security, hospitability, additional festival activities, efficient services and authentic culture.

A festival attendee from any place in the world has access to competitive international flights that reach East Africa either directly or via connections. Once in East Africa, movement is seamless due to the availability of cheap local flights, a reliable rail network, a widely connected road network and a comfortable bus service. With the exception of electioneering periods, the security system is among the best in Africa. These international events have experienced next to none security upheavals, with the most serious issue being petty theft.

Making it easy for festival goers to spend money is the biggest goal for any organiser. The ability to access personal funds in East Africa has never been easier. The carrying of cash is fast becoming outdated, but there is easy access to numerous payment technologies, including PayPal, M-Pesa, PDQ and BITCOIN, as well as an extensive ATM network. This has been made possible by the strong mobile and Internet networks across East African countries.

The experience of African hospitality

Other than the festivals, attendees get to experience the things that make Africa great: hospitable people, their authentic culture and amazing wildlife. These comprehensive treats complement their tours perfectly. It is not farfetched to say that many have considered and some even acquired permanent residency after experiencing the sweetness (“kautamu”) of East Africa.

Kenya’s Kilifi New Year is one of the most attractive festivals of the year. The 2-day, 3-night music festival has been held between 30 December and 2 January annually since 2014. The greatest advantage with this New Year’s festival is that it comes at a time of the year when even those who have no savings have something to spend over the celebratory season. High attendance is guaranteed despite the full festival tickets going for a whopping 9 000 Kenyan Shilling. This is literally a month’s rent for a one-bedroom house in some areas of Nairobi.

Offering a major contrast to the concrete jungle that is Nairobi, the festival is held at a new location, known as Beneath the Baobabs. The 20-acre piece of land is an expansive privately owned bamboo forest ranch in the Takaungu creek in Kilifi. It offers an “untamed” experience, not with wild animals but with wild oranges and lemon trees.

Music is the main attraction and the festival has concentrated on three stages. The main stage and the hidden valley stage play techno and electronic dance music, while the other stage majors in roots and reggae music. A few local acts from Kenya, such as Makadem and the Abaki Simba troupe, are selected to perform, but the major performances have been by internationally renowned house music DJs. Other attractions include art galleries, mind and body workshops, a free camping site and a rich supply of alcoholic and non-alcoholic drinks. It is also not impossible to acquire other high-end substances, whether legal or illegal. It is all a matter of choice.

Kilifi New Year 2019 was a massive success, with an attendance of up to 2 000 people. Local Kenyans were able to buy tickets on the popular online platform Mookh via M-Pesa or credit cards. Interestingly, Kilifi New Year was also highly marketed in Europe with festival tickets and glamping options on sale on the Festicket website.

It was a melting pot of diverse cultures and sustainable living. Attendees experienced environmentally conscious living first hand using compost toilets, eco-showers and dancing next to stages made entirely of recycled wood and dried palm leaf thatching, known as “makuti”. There were plenty of vendors on site selling arts and crafts, clothing made in Kenya and locally sourced food. The 2019 edition introduced a new wellness space called Kisima, which offered free healing workshops and interactive talks on both days. On the final night, the diverse crowd participated in the communal burn ceremony reminiscent of the Burning Man Festival in USA.

A form of neo-colonialism?

However, the disappointment of live music enthusiasts over the lack of a live music and acoustic stage was evident. The idea of DJs playing throughout, with only a few live musicians on the stage, felt like a sort of backlash. The only Pan-African friendly stage was the Umoja Sound System stage, which mostly played reggae and dub music.

Further disappointment arose from locals who felt that the event was specially curated for a European audience. They based this on the prevalence of electronic dance music and the high food prices. A 500ml fruit juice went for Ksh200 while a wrap, which was more of a snack than a meal, was priced from Ksh400. This is not a problem for foreigners who operate on strong euros and dollars.

A business-minded festival curator would argue for freedom of target audience. Since there is no compulsion to attend, you can choose to attend any other event if the festival is not music friendly. It would be interesting to see the result if a bright local businessman would cater for the needs of locals who have the capacity to attend.

It would be interesting to see the result if a bright local businessman would cater for the needs of locals who have the capacity to attend.

The question that arises is this: Is it right for citizens of former colonising nations to come back to Africa to create a music festival for themselves? If this trend is not looked at, it might scale up to what I would call a “soft apartheid”. This is a case where the African population do not find anything welcoming at a festival, except for interacting with drunk or high white humans; a soft message that “this not your place, ni***”.

One might ask if it was a coincidence that the festival was held on colonialist-owned land. Locals from the area still carry memories of how their grandfathers were killed or thrown into the shark-infested Indian Ocean creek when they tried to resist being evicted from what was and is their ancestral land by the British colonialists. Funny enough, this land has never been given back, despite Kenya having been an independent state for over 50 years.

Was it a coincidence that the festival was held on colonialist-owned land?

We talked to an old local fisherman who claims that in his career as a fisherman, he has cast his net in the creek and recovered human skeletons instead of fish on several occasions. This is a reminder that the ghosts of colonialism are not done haunting us. Such incidents, plus the white target market of the festival, leave more questions than answers in the minds of the locals and many others who have knowledge of our history. Is this a modern-day case of neo-colonialism? Did we gain independence or was it all for dramatic effect?

Even if the target audience is the European population or Africans of European class, it would be of great advantage to curate a local stage where local authentic music is played, like benga, the Kenyan dance music. Apart from foreign revellers coming to listen to what they are used to, they would also be given a chance to taste and experience our local musical flavours, which are rich, unique and authentic.

On a positive note, Kilifi and its environs hosted up to 2 000 visitors with spending power. These resources were injected directly into the local economy through the local means of transport, namely boda boda motorbikes and tuk-tuks, traditional ornaments, clothing and artworks, hospitality sector, foods and alcohol, including the local brew, mnazi, or palm wine. It would be unfair not to mention the large number of staff who were drawn from the local community in preparation for the massive event and got decent pay.

Whatever one’s perception, it is real that the focus of the world is today tilted towards East Africa and Africa at large. It is up to us how we use this properly and to our advantage. Can festivals teach us how to employ environmental sustainability and community living in our own curated festivals, all while celebrating authentic African music and savouring local food and brews? Is it possible to dig up our own healing mind, body and soul sessions from our own almost-forgotten African tradition? Or will we continue lamenting that festivals cater for foreign tourists until we are completely turned off by our own East African festivals? I suggest that the outcome is up to us…