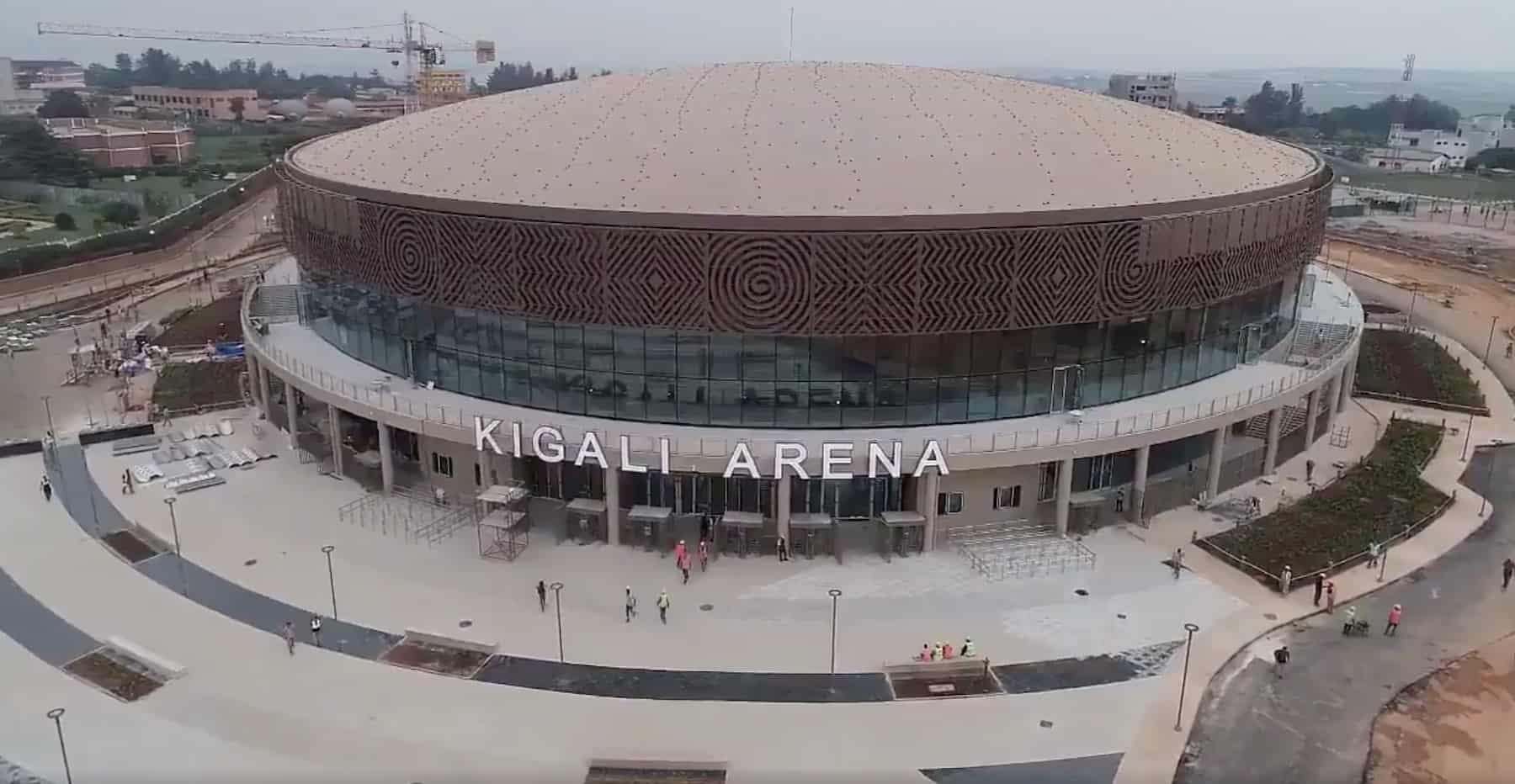 The new 10,000-seat Kigali Arena, which is located next to the 2,500-seat Amahoro National Stadium, is not only a multi-purpose facility for indoor games but is also designed to host meetings, conferences, exhibitions and concerts. The project; a joint venture between the Rwandan government and Turkish Investment Company, Summa; was constructed as part of the country’s efforts to expand sports infrastructure.

The Vice-President of Rwanda Basketball Federation, Pascale Mugwaneza said in a statement that, “Kigali Arena presents a big opportunity to attract international basketball tournaments, and that would position Rwanda as the leading sport tourism destination in the region. Our players will have a chance to access a high-standard facility, and that will – in many ways – improve their knowledge and skills in the sport”.

Other official also added their voices to the advantages of the new arena. The Director General of Rwanda Housing Authority, Eric Serubibi told Saturday Sport that, “The facility is designed as per international standards for sports activities and public gatherings, and there is a permanent supervision team for day and night shifts”.

In an interview the president of the Rwanda Volleyball Federation (FRVB), Léandre Karekezi said that the arena enables the country to bid for competitions they could not host in the past.

“We have long wished to host major international volleyball competitions, but we could not get that chance because we had no qualified facilities. It was a big challenge… Kigali Arena is a timely addition to our indoor sports infrastructure; it comes when needed the most. We, the volleyball fraternity, had even thought of contributing to it, but the Government had it sorted”.

Echoing this sentiment, the Permanent Secretary of the Ministry for Sports and Culture, John Ntigengwa said to the press that Rwandans should take advantage of the ‘world-class’ facility for the promotion and development of sports and culture.

“It will, definitely, also have an impact on talents development, the performance of our teams, and expose our players to foreign markets,” he said.

According to Face2Face Africa the arena can now contend with other facilities on the continent such as the Cairo Stadium Indoor Halls Complex in Egypt, which has the largest indoor arena in the entire African continent with a 20,000 seating capacity, and South Africa’s Ticketpro Dome, which hosts numerous national and international events like the NBA Africa Game, musical concerts, and conferences.