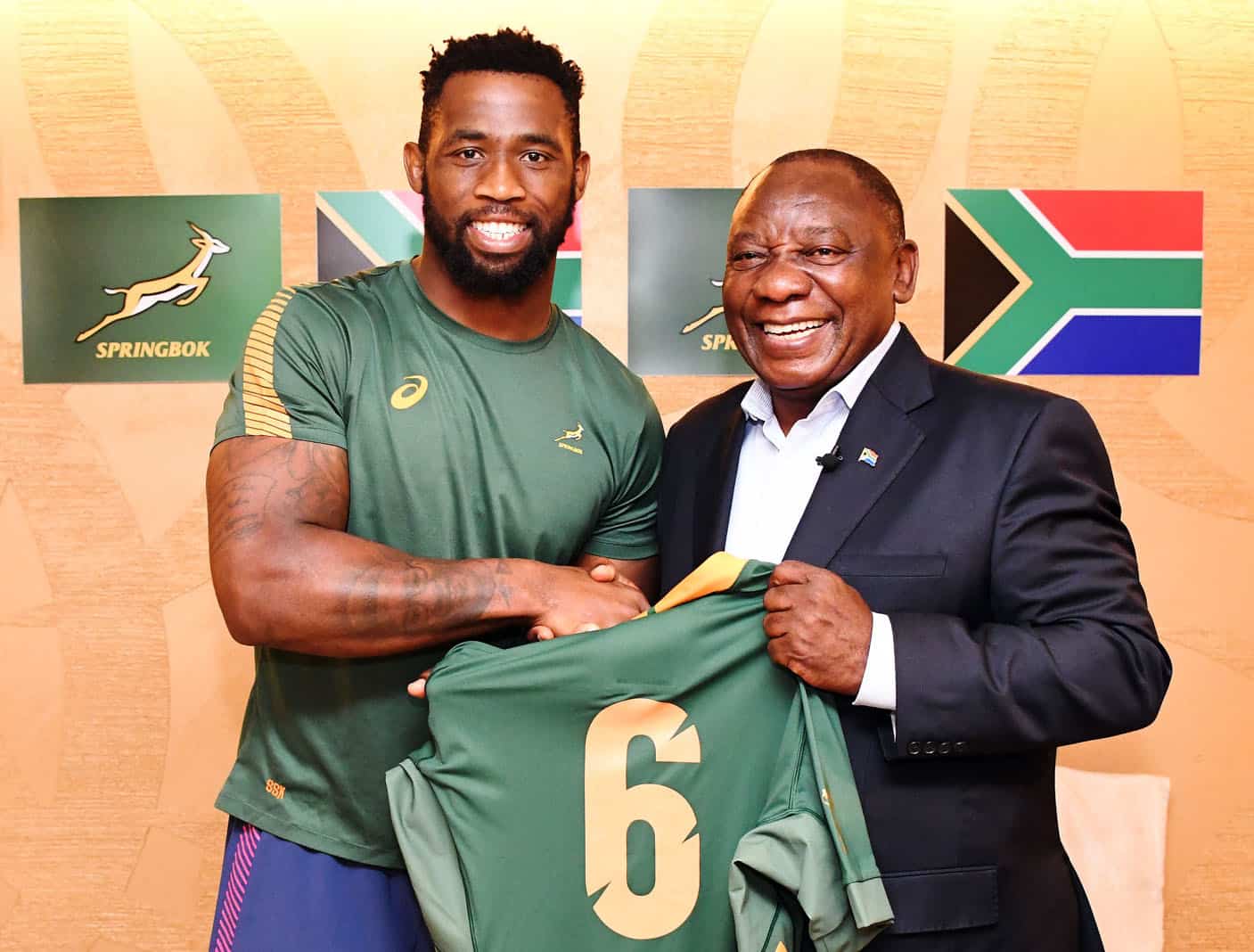 Current rugby sensation and 28-year-old flanker Siya Kolisi is a walking testament to consistency and talent. The image of him lifting the trophy after South Africa’s dominant 2019 World Cup final victory over England, where the team secured the countries third title but first title under a black captain is one for the history books.

Rassie Erasmus, the South Africa head coach, paid a glowing tribute to the Springboks captain saying, “We had a good chat yesterday when we did the jersey presentation for his 50th Test match,” said Erasmus. “It is easy to talk about going through hard times and struggling to get opportunities, but it is tough when there are days when you didn’t have food or couldn’t go to school or didn’t have shoes to wear. When you sit down and think about it, there was a stage when Siya didn’t have food to eat and, yes, that is the captain and he led South Africa to hold this cup and that is what Siya is.”

This is also South Africa’s return to the top of the world rankings for the first time in 10 years. Kolisi told The Guardian that, “Since I have been alive, I have never seen South Africa like this. With all the challenges we have, the coach said to us that we are not playing for ourselves anymore, we are playing for the people back home, and that is what we wanted to do today.

Born to teenage parent Kolisi lost his mother at age 15 leaving him in the care of his late grandmother, Nolulamile. The budding sportsman grew up in the impoverished Zwide township outside Port Elizabeth, in what can be described as difficult circumstances.

Despite his background Kolisi impressed at sports from an early age. At 12 he was spotted at a youth tournament in Mossel Bay and was offered a scholarship at Grey Junior in Port Elizabeth. After which he attained a rugby scholarship to the prestigious Grey High School, which had alums such as South African cricketer Graeme Pollock.

🗣 “I have never seen South Africa like this. We were playing for the people back home. We can achieve anything if we work together as one.”

He was also a part of the Eastern Province Kings youth set-up between 2007 and 2009, playing in the Under-16 Grant Khomo week and the Under-18 Craven Week before shifting west to join Western Province. He was also part of South Africa’s national under-18 rugby union team (SA Schools team) for two consecutive years.

In 2011 a rising Kolisi made his senior debut for Western Province against the Golden Lions during the Vodacom Cup and later in the year made regular starts in the Currie Cup. In 2012 he graduated to the Stormers squad where he made an immediate impact that dwindled in the second half of the year due to a thumb injury. His return performance the following year was so astounding it earned him international recognition for the first time.

He made his Springbok debut in June of 2013 against Scotland at the Mbombela Stadium in Nelspruit. He however only played in the Western Province’s final three matches of that year’s Currie Cup. Other appearances in that year helped him firmly establish himself as a regular member of the national squad.

Kolisi played two matches in the 2015 Rugby World Cup featuring for South Africa against Japan and Samoa. The highly contested match between Japan and South Africa, Japan scored the winning try in overtime over heavily favoured South Africa, in what was widely reported as the “biggest upset” in rugby history.