Abandon all hope that the ANC cares for us
Advertisement 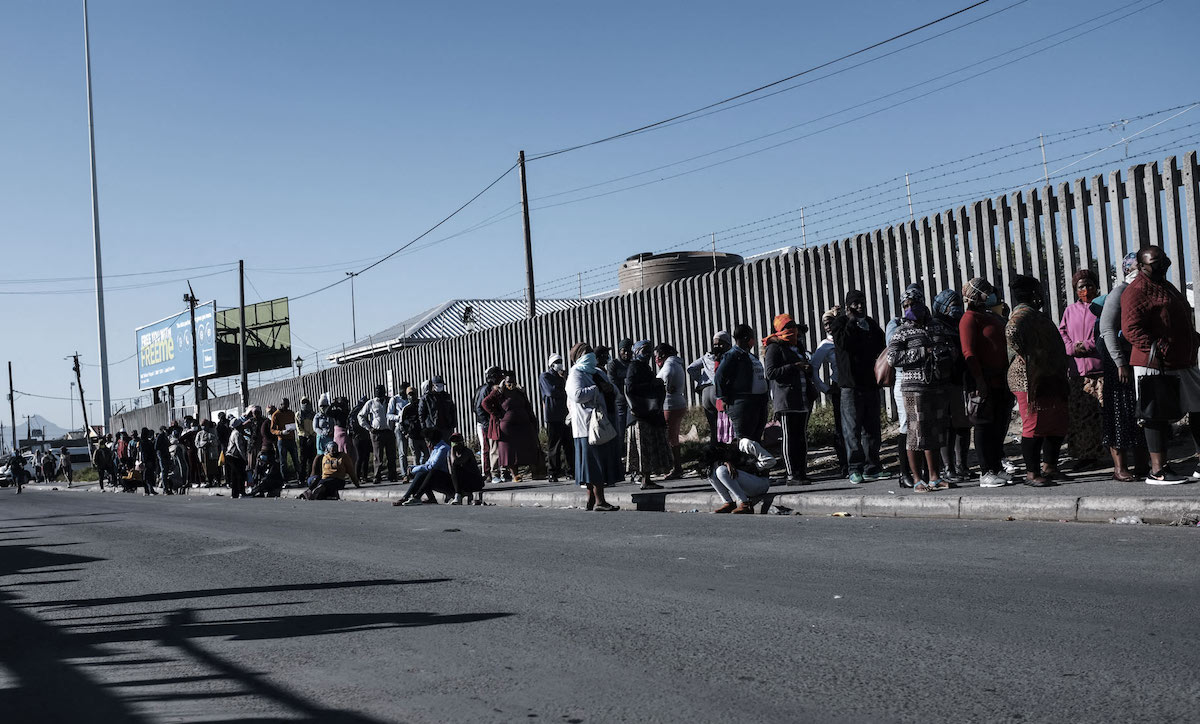 This is unlikely to be an easy winter. With escalating food and fuel prices, mass unemployment, a systemically dysfunctional state and a political class with no moral authority, it’s not surprising that more and more people are starting to sense that a new set of riots may be on the horizon. And while riots are a possibility, elections are a certainty and there seems to be a significant chance that the next election could mark the beginning of the end of the ANC as the dominant political force in the country.

Under these circumstances, one would expect the party to proceed with extreme caution, taking every possible measure to avoid escalating its increasingly tight spiral of decline. But, staggeringly, the social relief of distress grants were not paid in April and May, and the National Treasury has said that it has still not received any properly supported applications from municipal or provincial governments for the R1 billion allocated for the initial stage of relief following the floods that devastated parts of the country two months ago.

It’s difficult to make sense of facts as cold as these. They go beyond the everyday contempt for ordinary people that has marked the ANC for a long time. After all, the failure to pay grants in a time of acute social distress or disburse emergency relief following a major disaster is an act of self-destruction for the ANC that compounds the damage being done as blows are struck at an increasingly frenzied pace in its factional battles.

No one in their right mind would assume that former spy chief Arthur Fraser’s motives for leaking information about the robbery at President Cyril Ramaphosa’s private game farm are anything other than self-serving and hypocritical. But apart from the questions of legality, the image of a billionaire president hiding vast amounts of cash in his furniture is severely damaging to what’s left of the idea that Ramaphosa is the ultimately decent and dependable, though agonisingly slow, clean-up guy. Along with looking a little shady, he also looks foolish now, and that’s never a good look for a politician trying to hold a country together in a time of crisis.

For those who harnessed their hopes to the idea that Ramaphosa would finally make some progress towards cleaning up, this is a disconcerting moment. There is no clear road ahead for the “renewal process” if Ramaphosa loses moral authority, and perhaps even his position in the party and thereby the state.

But while it is necessary to take full account of the chaotic collapse of the ANC, we need to do a lot more than this. There is something to the idea that “every nation gets the government it deserves”, and we need to ask why it is that we have such a farce playing out between Luthuli House, Parliament and the Union Buildings. There are, of course, many elements to our collective responsibility for the mess that we are in. One of them is that when the ANC’s emancipatory vision ran out of road, the dominant voices in our public sphere couldn’t come up with much more of an alternative than the idea that stopping corruption would be some sort of panacea.

Stopping corruption is obviously imperative, but it is not on its own an emancipatory vision, something around which to build a positive and collective vision of a better future. With the ANC unable to do this, and no credible political party in Parliament, ordinary South Africans will either have to watch things fall apart on television or Twitter or do what we are increasingly doing when it comes to the devastation after riots and floods, or the more everyday problems of potholes: start fixing things ourselves.

Of course, just as the terrain of electoral politics is largely given over to opportunism and empty posturing and offers no easy solutions, the terrain of “fixing things from below” has often been lost to genuinely dangerous forces, most notably organised xenophobia. If ordinary people are to start generating clear ideas and demands for a better future, or at least a viable future, this work will have to be undertaken within a highly contested space.

But we have had intimidations here and there, such as in some of the forms of social solidarity that developed after the riots and floods, that we remain capable of meeting each other with at least some sort of sense of solidarity. Surely it is possible that we could, at least, build a swift and sustained consensus that the state must pay the grants and allocate and properly manage the emergency relief funds assigned for the people who lost so much in the floods. If we cannot even do this, well, then we deserve the government we have and the perilous path it has placed us on.

Retracing Belgium’s dark past in the Congo, and attempts to forge deeper ties

Nigeria is not a failed state, but it has not delivered democracy for its people