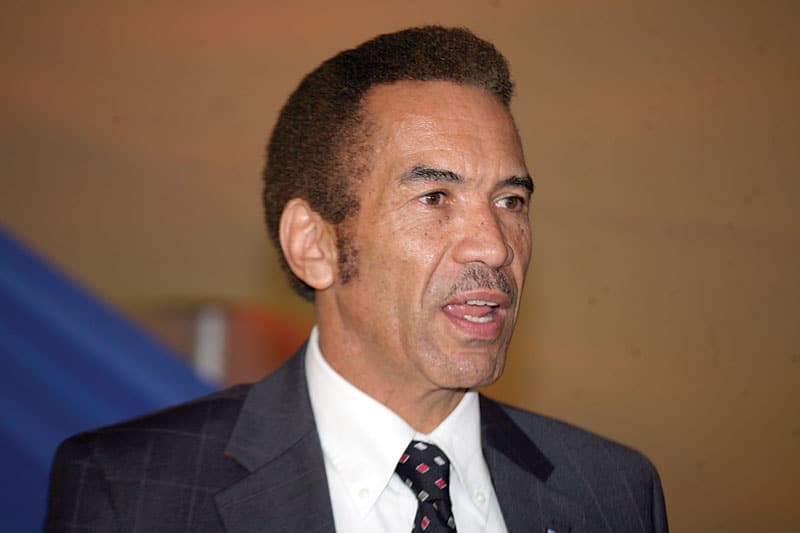 Lieutenant General Seretse Khama Ian Khama, an ex-pilot is the current president of Botswana who has been leading the country since 2008. He is popularly known as a great leader and passionate conservationist.

Born on the 27th of  February 1953, President  Ian Khama is the first-born son and second child of Lady Khama and Sir Seretse Khama, the country’s foremost independence leader and former President of Botswana (1966 to 1980.) Prior to becoming the President of Botswana, he served his country as a Commander of the Botswana Defence Force. He then joined politics and served as a member of the ruling Botswana Democratic Party (BDP) where he was appointed Minister for Presidential Affairs and Public Administration. Thereafter, he was nominated for Vice Presidency by the then President Festus Mogae, a nomination which was subsequently endorsed by Parliament, from 1998 to 2008. He later succeeded Mogae on 01 April 2008. In the 2009 during the country’s elections he was again elected into power and for a second term in October 2014.

He was born  in Surrey, UK during the period when his father was exiled to the United Kingdom due to opposition by the colonial government and the emergent apartheid regime in South Africa to his marriage to a white woman. President Khama was born second out of four siblings, with an elder sister Jacqueline, and two younger twin brothers, Tshekedi and Anthony.

Too, too young: Child marriage in Africa