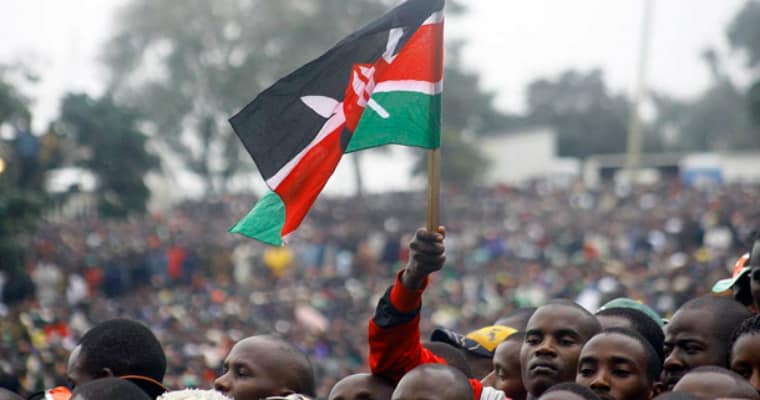 This constitutional transition, though welcomed with optimism, has since become bogged down by numerous challenges, hampering its implementation. It is against this backdrop that political agitation for yet another referendum has emerged.

In Kenya, like in other developing countries, the role of civil society is crucial in the quest for social justice, transparency and accountability. Civil society activism has often provided an objective voice to temper political extremism.

In Kenya, civil society is often credited with giving momentum to the struggle for constitutional and democratic reform. An example is the wave of reforms in the 1990s that led to constitutional change and the re-introduction of multi-party democracy, which ultimately resulted in the collapse of the dictatorial, single-party regime of President Daniel Arap Moi.

Civil society is often credited with giving momentum to the struggle for constitutional and democratic reform which ultimately resulted in the collapse of the dictatorial, single-party regime of President Daniel Arap Moi (pictured). Photo: Alexander Joe/AP

The decline has been largely attributed to internal wrangles fuelled by ethnicity and political patronage among civil society members. Furthermore, some civil society organisations have co-opted into government over the last decade, which has also depleted their dynamism. This has left a noticeable void, characterised by a profound silence in the face of ongoing human rights abuses, impunity, and a lack of transparency and accountability.

These concerns were raised at a recent meeting of civil society organisations held in Nairobi, convened by the Uraia Trust. The meeting noted that the prominence of civil society as the voice of reason has declined while impunity is increasing, manifesting itself through extrajudicial killings, arbitrary arrests and the suppression of mass media freedom.

It was further noted that these developments could threaten the progressive constitutional and democratic demarches and see Kenya return to the dictatorial rule of the 1990s. Surreptitious amendments to the Public Benefits Organisations (PBO) Act of 2013 have further exasperated the efforts of civil society. These amendments have been cited as an indicator of the government’s resolve to intimidate civil society into silence.

Despite hopes fostered by the promulgation of the new constitution and the devolved system of governance, which has brought with it significant transformation in public service delivery, the central government has been accused of frustrating the process by withholding funds and implementing parallel governance structures to maintain control.

It is in part due to these challenges that two new initiatives for referenda have emerged, namely Pesa Mashinani and Okoa Kenya. The former is being led by the Council of Governors (COG), while the latter is headed by a coalition of opposition parties under the umbrella Coalition for Reform and Democracy (CORD), which is led by the former prime minister Raila Odinga. Speculations are on the rise that the two initiatives might soon merge.

Public focus has rested primarily on the fierce political tussle between the COG and CORD coalitions, on the one hand, and the government/ruling coalition of President Uhuru Kenyatta on the other. While this has dominated media and public awareness, the voice of civil society remains conspicuously absent.

The Pesa Mashinani initiative is agitating for an increase in national revenue allocated to supporting devolved structures in the counties. The campaign says that the current allocation of 43% is based on the 2009/2010 national revenue collections, which is not up to date with the current reality. However, based on recent scuffles between members of county assemblies and their governors (which has led to a number of impeachment motions), some see the initiative as a spurious tactic to acquire more funds for political reason, rather than development and improvement of the welfare of citizens at the county level.

The Okoa Kenya initiative, on the other hand – which was founded on failed demands by CORD for political dialogue with Kenyatta’s government back in July 2014 – is focusing on a 13-point agenda centred on devolution, judicial and electoral reform, land, national cohesion and insecurity. Its opponents see this as a strategy to discredit the government so as to gain political milage.

While the Pesa Mashinani initiative may be motivated by political self-interest, the Okoa Kenya initiative is mired in complexities and questions to which it does not seem to provide suitable answers. More generally, the CORD coalition, as the main opposition, has so far not demonstrated to the public its idea of good governance structures, or how these could work in Kenya. Entrenched ethnic politics continue to serve as one of the primary dividers and obstacles to a coherent and united political agenda for all Kenyans.

Overall, the two initiatives, as well as those by the ruling coalition, are caught up in a political context characterised by heightened political temperatures, confusion and an obvious lack of objectivity. The voice of reason is absent from the debate, and the need for a neutral and objective arbitrator to promote citizens’ understanding, involvement and participation is critical.

This is a role traditionally undertaken by civil society, and it must reclaim this by doing what it has done in the past: informing and educating the public, and providing platforms for citizens to engage with the government, opposition and other stakeholders. But first, it is imperative that civil society should also reclaim its collective voice, devoid of ethnic politics and manipulation by the political elite, and seek to regain its vibrancy as the custodian and protector of citizens on issues that affect them.

The rape of South Africa’s children

Thomas Sankara’s remains to be examined