Tanzanian poll is likely to usher in a new era of authoritarianism. Here’s why 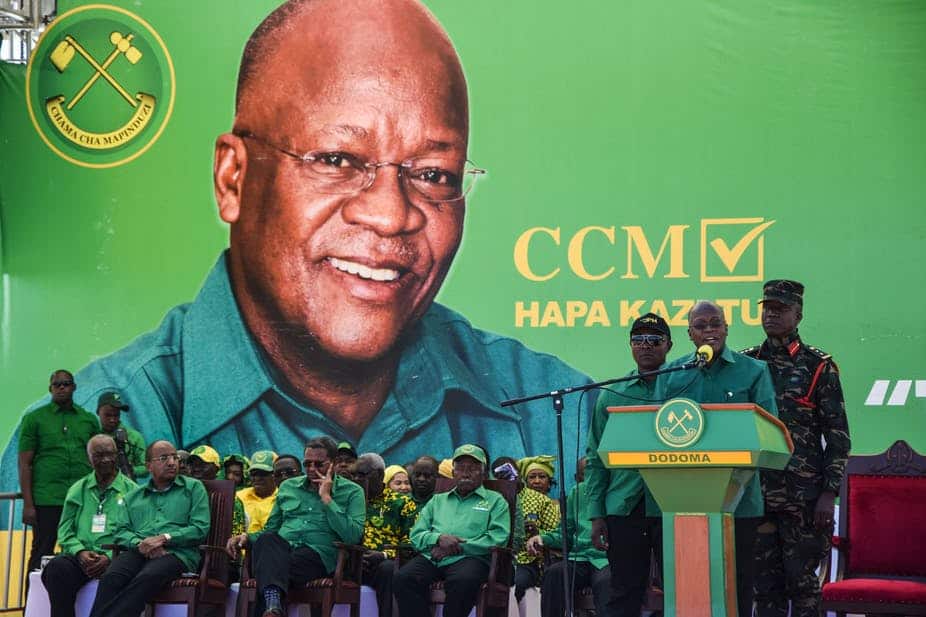 Tanzanians voted in their general election on October 28 in a poll that pitted popular opposition chief Tundu Lissu against incumbent John Magufuli. As the results were announced, Dan Paget explains why incumbent John Magufuli was declared the winner, and what his second term will mean for democracy in the East African nation.

How do you rate the independence or fairness of the Tanzania election commission now and in the past?

I no longer have faith in Tanzania’s National Electoral Commission or the validity of the election results. The validity of elections should be something that is determined by independent bodies and rigorous procedures. However, I am afraid that guesswork and judgement are the only means at our disposal to assess the validity of these elections, because other avenues to verify it have been blocked in advance.

It is never easy to know when to give credence to allegations of election manipulation. Such accusations can always be made in bad faith. If the election commission were independent, and governed by a cross-party board, one might trust them to arbitrate these allegations. Instead the constitution gives the president the authority to appoint the heads of the commission. The opposition has been calling for the commission to be reformed for years.

In the absence of an independent electoral commission, and independent courts, normally one would turn to independent observer missions. They routinely deploy large teams which observe the conduct of the election and assess irregularities, but these missions have been kept away. So have many of the most respected domestic election observers, such as the Legal and Human Rights Centre. The conclusions of the few observation missions present will be important. So will be the judgements of Tanzania Election Watch, which is assaying the conduct of the election remotely. I recommend their preliminary report.

Altogether, the reliable means to evaluate allegations of foul play have been all but closed down. Given all that, it is hard to know what to do except to give prima facie credence to the widespread allegations of election fraud made by the opposition and many analysts.

Their claims acquire weight from the stream of videos and photographs shared via social media. These largely unverified reports appear to show the manipulation of the electoral register, ghost polling stations, pre-filled ballots, pre-printed ballots, ballot-stuffing, polling agents disqualified or barred access to polling stations, and a variety of other irregularities.

What puts it over the top is the scale and character of the victory for the ruling party – Chama cha Mapinduzi. In its final results, the election commission said the president took 84% of the vote, while Lissu received 13%. In addition, the ruling party’s victories have been declared in places you would least expect them to win, and at a scale which is hard to believe.

The popularity of the opposition and the ruling party alike is difficult to discern, especially given the absence of opinion polls. This makes the size of rallies one of the few indicators of party popularity left available to us. The rally is a treacherous indicator of party popularity. Nonetheless, as I have argued elsewhere, we can draw a tentative, negative conclusion: opposition support has not collapsed. It is not negligible. If it had, we would not have seen large opposition rallies so consistently. This inference is consistent with the opposition’s wide organisational base.

Nonetheless, so far, officials have declared the defeat of the opposition’s most admired leaders in their greatest strongholds. Household names like Zitto Kabwe, Freeman Mbowe, Joseph Mbilinyi, Halima Mdee, John Heche and Esther Bulaya have all lost their seats. These defeats, moreover, are by astounding margins. Altogether, it is hard to see why the National Electoral Commission and the wider infrastructure which oversees elections in Tanzania should be given the benefit of the doubt.

The police made regular arrests of opposition candidates and broke up heir rallies. To what extent were the police – and by extension the government – a factor in the eventual outcomes?

The police have certainly been a forceful presence in this campaign. The video evidence of them firing teargas, breaking up meetings, arresting opposition candidates and committing acts of brutality are available on social media for all to see.

It must all have had an effect on the election outcome.

Alongside the police has been the army. They have been deployed to oversee the election in parts of the country, and there are multiple albeit mostly unverified reports of brutality and murder at their hands.

But their actions need to be interpreted in the wider authoritarian context. Tanzania has always been an authoritarian state. The old authoritarian architecture was never removed after the reintroduction of multiparty elections in 1992. But there has been a sea-change since 2015 when Magufuli came to power. Things that were permitted in 2014 are not permitted today. The media are censored. Political parties are oppressed. Politicians and civic activists are harassed, in court and out of it. Rallies were banned for four years. There has been a spate of violence by anonymous actors, which context suggested but did not confirm were connected to the state. That context is key. The trajectory of party politics in Tanzania has been shaped by it. It is crucial to everything.

Based on what you know so far, was the 2020 election a step forward or backward in Tanzania’s path to fully free and fair elections?

So far, it seems that this election will usher in a new era of authoritarianism. Any resemblance that Tanzania has borne to a liberal democracy seems to be slipping away. Not only is the apparent scale of election manipulation unprecedented. The authoritarian landslide will be presented by the regime as a vindication of its extreme authoritarian project over the last five years.

My speculative opinion is that President Magufuli and his ruling Chama cha Mapinduzi will use their super-majority to enact their authoritarian developmental vision. They will institute a deeper and further-reaching authoritarian agenda. This might include lifting presidential term limits, but it is also likely to include the institution of further measures that consolidate the party’s authoritarian transformation of Tanzania.