The young and the violent 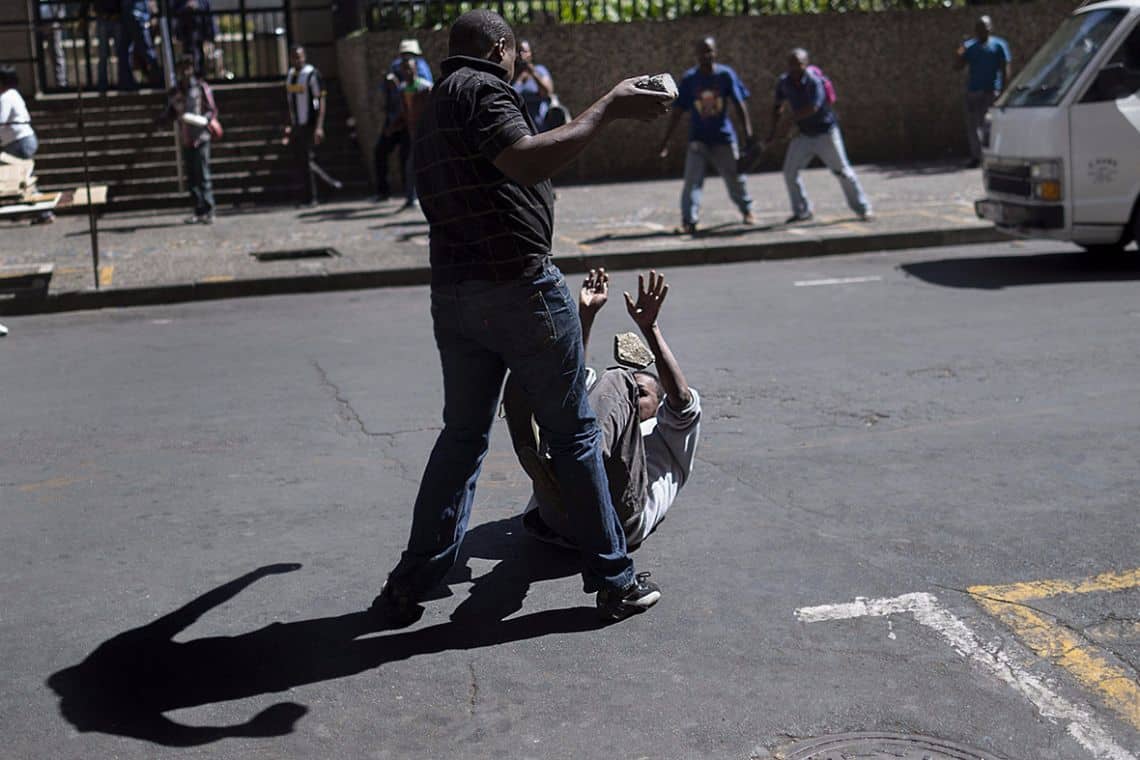 In recent weeks, newspapers have been filled with images showing young South Africans taking part in the wave of violent xenophobic attacks that erupted in Durban and Johannesburg, and saw at least seven people killed.

Pictures of young people looting foreign-owned stores and, most disturbingly, of a knife-wielding young man stabbing defenceless Mozambican street vendor, Emmanuel Sitole, have sent shockwaves across South Africa and the rest of the world.

Young South Africans have also been identified as key instigators in the destruction of statues that represent colonialism and white supremacy. In Cape Town, police arrested two men in their early twenties after they were caught defacing the statue of Boer War general Louis Botha outside Parliament.

But what are these acts of criminality, anger and violence really telling us; especially where young people are concerned? Are foreigners and statues just the unwitting scapegoats for the frustration and challenges that young people face?

The reality is that government’s failures play a large role in the anger and hatred depicted in the events of recent few weeks. Research conducted by the Institute for Security Studies in 2014, to understand the factors that influence the voting behaviour of young South Africans, identified unemployment and education as two of the top 10 most important problems facing young people.

Increasingly high levels of youth unemployment and a dysfunctional public education system are key drivers of the many challenges faced by young South Africans. According to the 2014 World Economic Forum Global Risk Report, South Africa is ranked as the country with the third highest unemployment rate in the world. As many as 50% of young people between the ages of 15 and 24 years old are unemployed.

Poor education standards at both primary and secondary level, along with high drop-out rates, are increasingly contributing to the level of youth unemployment and the inefficiency of the labour market. In 2013, a report published by the Centre for Development & Enterprise on South Africa’s Education Crisis stated that ‘of 100 pupils that start school, only 50 will make it to Grade 12, 40 will pass, and only 12 will qualify for university.’ The state of education contributes significantly to the economic disadvantage that undermines the future of youth in the country.

Poor leadership and a lack of accountability by political elites further aggravate an already dire situation. In a country where young people no longer fear the law and engage in acts of criminality and violence with reckless abandon, one has to question the role that political elites have played in creating this next generation of leaders.

Issues around leadership and accountability became particularly evident in President Jacob Zuma’s Freedom Day speech at the Union Buildings in Pretoria, when he reprimanded South Africans for destroying the services they already have as a form of political protest. This, he said, ‘is the example of the apartheid nature that is left with us.’ Zuma is notorious for his tendency to shift the blame: from the extravagant expenditure on his private residence at Nkandla (which was blamed on bureaucrats), to blaming the country’s energy crisis on the legacy of apartheid. But what is this teaching the youth?

Political elites are meant to be role models for the youth to look up to and aspire to. However, issues such as poor leadership, lack of accountability and corruption by senior state officials and politicians are proving detrimental to the future prospects of young South Africans. The country continues to lose billions of rands annually through maladministration and corruption by political elites. As a result, issues such as poor service delivery, poverty and rising inequality continue to affect millions of poor young South Africans on a daily basis.

Government’s continued failure to educate, guide, equip and prepare young people for the job market has condemned millions of young South Africans to a life of hopelessness. Many of these young people have, in turn, resorted to criminality, corruption and substance abuse.

Young people need to be taught from a very early age that the use of violence or criminality as a means to get what they want in life is not an option. The events of the past few weeks have highlighted the immense role that education and good leadership play in nurturing the next generation of young people.

The quality of the education provided is also of great importance, as it dictates the direction these young people take and determines whether they will contribute to South Africa’s competitive human capital, or join the millions of unemployed citizens. As long as poor education, high levels of youth unemployment and bad leadership persist, young people will continue to use violence and criminality to take what they feel they are entitled to.