What's really wrong with the state of journalism? 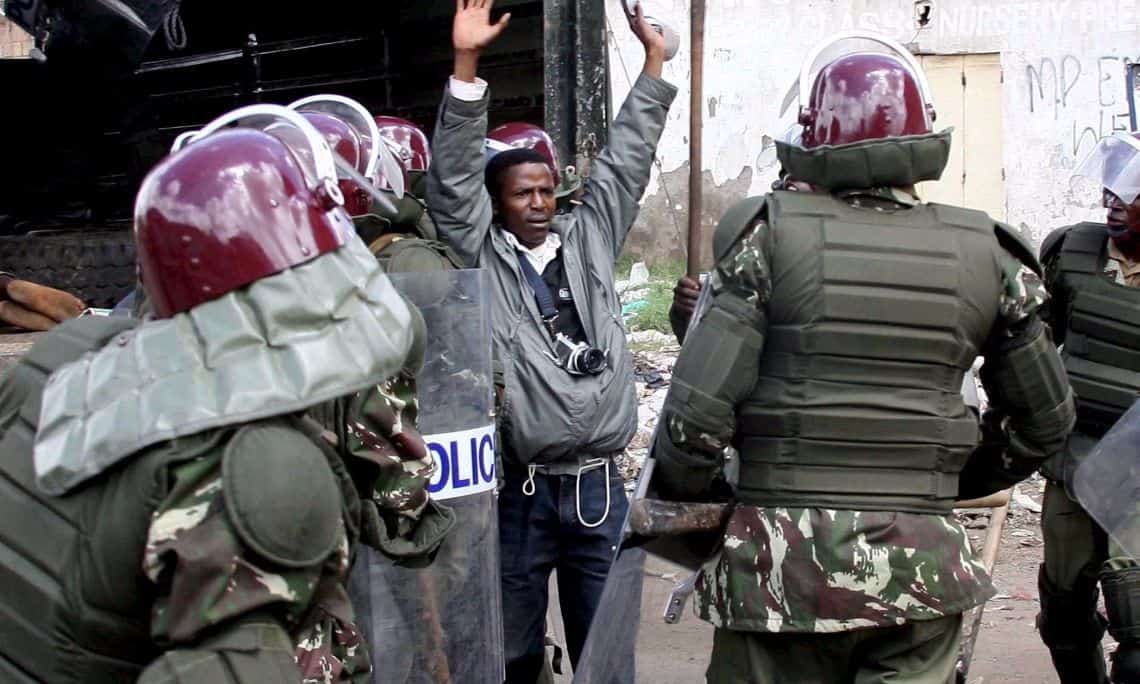 The need for balanced and accurate reporting about conflict situations in Africa is more crucial than ever. Surveys done in the run-up to World Press Freedom Day, which took place on 3 May, showed that government repression against the media has dramatically increased the threats faced by journalists.

The surveys further show that journalism is a dangerous profession, which should be held in high esteem in a world where misinformation can have disastrous outcomes. However, one must also ask whether the dire economic situation of many media organisations – notably due to competition from free online news sites, coupled with a lack of trained, experienced reporters in the field – further undermines the role of journalists. This is particularly concerning in Africa, where conflict is rife and resources are at a minimum.

In its annual review of press freedom, Reporters Without Borders said that attacks against journalists increased notably last year, compared to 2013. This is due to an increasing number of conflicts and the unpredictable nature of armed groups, which are a huge threat to journalists. ‘Beset by wars, the growing threat from non-state operatives, violence during demonstrations and the economic crisis, media freedom is in retreat on all five continents,’ says the organisation.

Dawit Isaak, a Swedish-Eritrean journalist who’s been imprisoned without trial in Eritrea since 2001. Photo: WAN-IFRA

A total of 69 journalists were killed worldwide in 2014, of them 14 in Africa, according to Reporters Without Borders. To date 158 journalists are in jail across the globe, with some 48 of them in Africa. According to the index, the African country with the highest score in terms of press freedom is Namibia (17) and the lowest, as in previous years, is Eritrea (180) – a country that hardly ever figures on the agenda of discussions at the African Union or elsewhere. The country, where 16 journalists are languishing in jail, is often only mentioned when statistics like these are drawn up.

In addition to physical threats and the incarceration of journalists, the silencing of the media to quell dissent and stifle democracy is a reality for media organisations across the globe. Just ask any independent journalist from Burundi, where the media observed World Press Freedom Day by wearing black T-shirts and strips of tape over their mouths. In the midst of the current contestation of the third-term bid by President Pierre Nkurunziza, the government has forced popular radio stations like Radio Publique Africaine to close. It has also shut down access to social media sites like Facebook and instant messaging service, Whatsapp.

In many cases, local journalists facing repression in Africa are the most vulnerable. While their colleagues from other corners of the globe are supported by large media houses and international organisations, local journalists are often the ones who fear most for their lives. ‘The world would remember Western journalists. It would remember journalists who worked in major media organisations that can afford to advertise their plight on its screens and through other media outlets,’ writes reporter Abdullah Elfakharany from Egypt in a letter smuggled out of prison.

Elfakharany, who has been sentenced to life imprisonment, is clearly bitter about the release in February of Australian national Peter Greste, and the freeing on bail of two other Al Jazeera journalists. This can be attributed to a worldwide campaign that never wavered during the 14 months these journalists spent behind bars in Egypt. Like Elfakharany, they were accused of treason against the state for their reporting on the military overthrow of former president Mohammed Morsi in 2013. According to Reporters without Borders, 11 journalists are currently jailed in the country.

The fight for press freedom, however, does not only depend on countering the actions of armed groups and repressive regimes. The dumbing down of the profession and the blurring of lines between the roles of journalists, bloggers and so-called citizen journalists further threaten press freedom, since it undermines the status and efforts of those striving for quality and independent reporting. The diminishing resources of local media, in particular, leads to a lack of capacity of media organisations and the so-called juniorisation of the newsroom, with quality reporting being the number one casualty.

Journalists should be respected and trusted by the wider society to enjoy its esteem and protection. It is much easier for regimes to imprison journalists or impose strict media codes when they can find flaws in their reporting. In an era of digital media and Google searches, it’s not only small or underfunded media organisations that slip up and fail to adhere to basic principles, such as fact checking. The South Africa-based civil society initiative Africa Check regularly fingers not only politicians and opinion leaders, but also the media for using inaccurate statistics.

The wide use of the figure of ‘over five million’ for the number of immigrants in South Africa is one example of how inaccurate reporting can fuel conflict. Africa Check has pointed out that according to official census data of 2011, South Africa has 2.2 million foreigners living in the country – a figure that could not have doubled in four years. In the current debate over xenophobia in South Africa, such exaggerations are extremely dangerous, since they give credence to the belief that South Africa is overrun by foreigners who are stealing local jobs and putting a strain on services.

Al-Jazeera journalist Peter Greste gives a peace sign upon his arrival at Brisbane’s international airport in the early hours of February 5, 2015. Greste arrived back in Australia following his release from an Egyptian jail where he was held for more than 400 days. Photo: PATRICK HAMILTON/AFP/Getty Images

Social media has been a huge asset for the practice of journalism; both as a source of information and a medium to diffuse news at a time when newspaper sales are dwindling more rapidly than most had predicted. However, relying too heavily on ‘citizen journalists’ who send out alerts about violence – as was the case in the recent elections in Nigeria – can also be fatal. Somewhere, someone has to control what is being presented as credible information.

For now, it is mainly the big cable networks, international radio stations and news agencies based in Europe, the United States and China, in the case of Xinhuanet, that can afford to deploy top reporters who have received training in working in dangerous situations. Local media, with the exception perhaps of those with fairly well funded institutions in Kenya, Nigeria and South Africa, cannot afford to send journalists abroad to cover wars or elections.

The downside is that ‘the African story’ is not told by African media, even if, in many cases, the international organisations do employ the cream of local journalists to source information on the ground. Leading African editors and media owners like Zimbabwean Trevor Ncube have complained about this for a long time, but so far, attempts to remedy the situation haven’t amounted to much more than the creation of some excellent online platforms. In some instances, pro-democracy organisations and donors are also now stepping in to sponsor African reporters. Yet ‘funded’ journalism – as opposed to the traditional, commercial model – also has constraints and can negatively impact upon the independence of the news media.

It remains to be seen whether there will be enough resources for much-needed, on-the-ground reporting to inform readers, viewers and listeners of what is happening on the continent, especially to fund the more costly conflict reporting.

Related Topics:Conflict Journalism
Up Next