The unexpected virtues of flirting with dictatorship: Why Kenya’s ruling coalition is getting cosy with the Communist Party of China 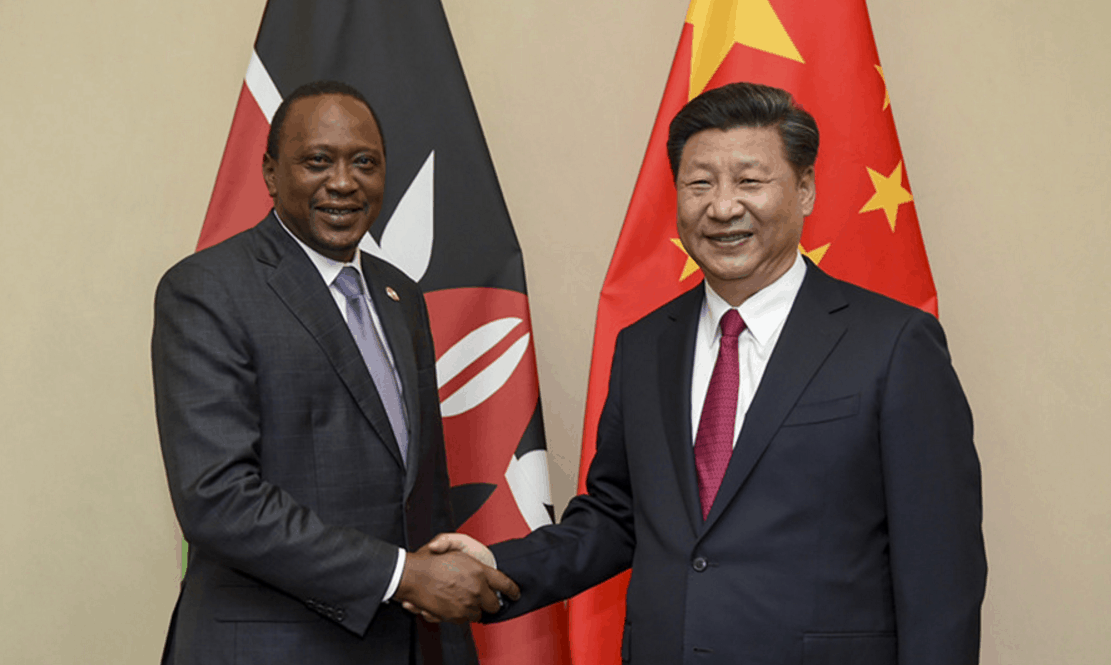 Kenya’s ruling Jubilee Coalition, which swept to power in 2013, is in the throes of a rebrand. With presidential elections coming up next year, President Uhuru Kenyatta and his deputy William Ruto are set to merge their two political outfits together with at least ten other parties to form the Jubilee Party (JP) early next month. The launch of the new “super party” isn’t going to happen without some pomp and circumstance. A national convention is scheduled for the 9th and 10th of September. If reports in the local press are to be believed, it promises to be a one of a kind political spectacle.

Before the convention even rolls by, it has already raised eyebrows because of its guest list. Among the invited guests are representatives from the Communist Party of China (CPC).

The Communist Party of China will attend the launch of the Jubilee Party in September. Jubilee to learn from it. pic.twitter.com/oXYOU8bARY

As much of the Kenyan press reported it, this was the start of storied romance between Jubilee and China’s answer to “democracy: what is it good for?”

The launch of the new “super party” isn’t going to happen without some pomp and circumstance. A national convention is scheduled for the 9th and 10th of September

At the signing of the new understanding between Jubilee and the CPC in August, Kiraitu Murungi, a ruling coalition stalwart, was on hand with an explanation for why the yet-to-be-launched political party had decided to fall in with the Chinese.

“We have a lot to learn from China. We need to unite our people, bring political stability in the country and spearhead rapid social-economic transformation in this country. We believe this is the right step for this country, “ he said.

Translation: The Chinese are right. Democracy is why we don’t have nice things.

Social media reactions offer a window into how Kenyans have reacted to their ruling coalition finding a kindred spirit in the CPC. Safe to say they’re not as enthusiastic about the new partnership as Jubilee would want them to be. In fact, many Kenyans appear incredulous that such a partnership even saw the light of day.

Jubilee party is working with communist party of China. God help us

Meanwhile #Jubilee is getting into some illicit affair w/ the Communist Party of China ati ideologies!

The abyss gazes back

A sentiment often expressed by ruling party politicians in Kenya is that perhaps the country has become “too democratic” under the current constitution. Those who invoke this sentiment, as Kiraitu did above, often point to China as an example of what can be achieved in a short span of time if democracy takes a back seat. There is now a real fear, to paraphrase the old maxim, that Jubilee has gazed too long into the abyss of tyranny and the abyss, as it is wont to do, has gazed back. Jubilee could be becoming what it has long admired.

The Chinese are right. Democracy is why we don’t have nice things

The main worry for many Kenyans now is that the new partnership could lead Jubilee down a path of rolling back hard-fought democratic gains secured under the current constitution through seemingly innocuous reforms that could gut the document.

The world only deals with China in trade but Kenya, under Jubilee MUST go a step further & deal with it in ideology! https://t.co/pLLVRD7F60

Jubilee is looking to the communist party of China as a model. It's long term goal a monopoly rule over Kenyans @ntvkenya

Jubilee is going to copy paste leadership structures and Party organisms of the Communist Party of China and secure tyranny. #AMLiveNTV

But perhaps we all needn’t be too worried about the partnership between the Jubilee and the CPC. It could all be a craven political gambit concocted by Jubilee to rip maximum benefits from its international development partners by playing them off against each other. In other words, Jubilee’s invite to the CPC could be less a portent of dark days ahead and more a hollow gesture designed to appease the Chinese and signal to the West (read America) that they are not the only game in town. For Kenya’s sake, lets hope this is the case.