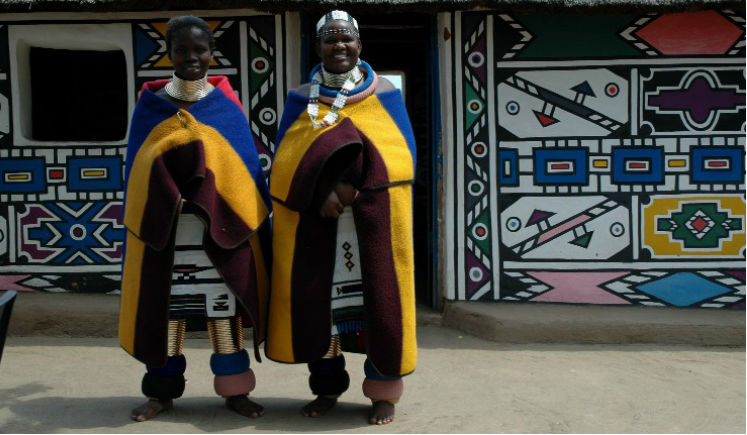 The Ndebele people’s style of house painting was started in the 18th century. Painting was done by women as secret code to their people. The bold symbols represented communications of personal prayers, self-identification, values, emotions, and marriage. Their tradition and style of wall painting is passed down by mothers.

The  Ndebele are also well known for their colourful bead work. For a woman, her traditional attire shows her status in the community and age. A married woman wears a blanket called “nguba,” usually with green yellow red and blue stripes. They also wear thick beaded hoops called “isigolwani,” additionally, they wear copper and brass rings.

Emely Masemola (R) and her sister Emily Jtyana, members of the Ndebele tribe of South Africa display the traditional attire for married women in Kwaggafonten on May 11, 2010 about 165 Km north of Johannesburg. Photo: ALEXANDER JOE/AFP/Getty Images)

Exploring the Identity of Sudanese culture. Is it Arabic or African?