It’s been over a year since the first case of COVID-19 was reported on the African continent with the first confirmed case recorded in Egypt on Valentine’s Day 2020. South Africa reported its first case on the 1st of March 2020. Since then, the entire world has had to adjust to a new way of life that includes cyclical lockdowns, social distancing, face masks and bucket loads of sanitisers.

By the end of February 2021, the first million doses of the COVID-19 vaccine had already been distributed to member states by the African Union (AU), which secured over 600 Million doses of the vaccine for dissemination. This marks another phase of the pandemic with vaccines finally proliferating into the world, which hopefully means the end is near. While it is commendable that vaccines are being rolled out, it is deeply concerning but not entirely surprising that COVID-19 vaccines are being rolled out in an unequal way, premised on race, class and geopolitics. Rich countries are well into the process of inoculating their populaces, while poorer countries are still on the starting blocks and in these poorer countries there are also inequalities in the roll-out. Richer countries are gobbling up the lion’s share of the vaccines and the vaccine inequality threatens to prolong the pandemic.

While the inequality in vaccine roll-out is a major concern, it’s not the only problem, history shows widespread mistrust and anxiety about vaccines. The mistrust remains a challenge for many public health initiatives such as this current COVID-19 vaccine roll out. Besides the obvious capital injection required to secure vaccines for African countries, governments are faced with the daunting task of disseminating the vaccine in a timely and efficient manner. In order for the campaign to be successful, it requires both a solid technical and socioeconomic framework, the public’s trust, the support and engagement of relevant public and private institutions like the church, existing cultural and traditional groups. 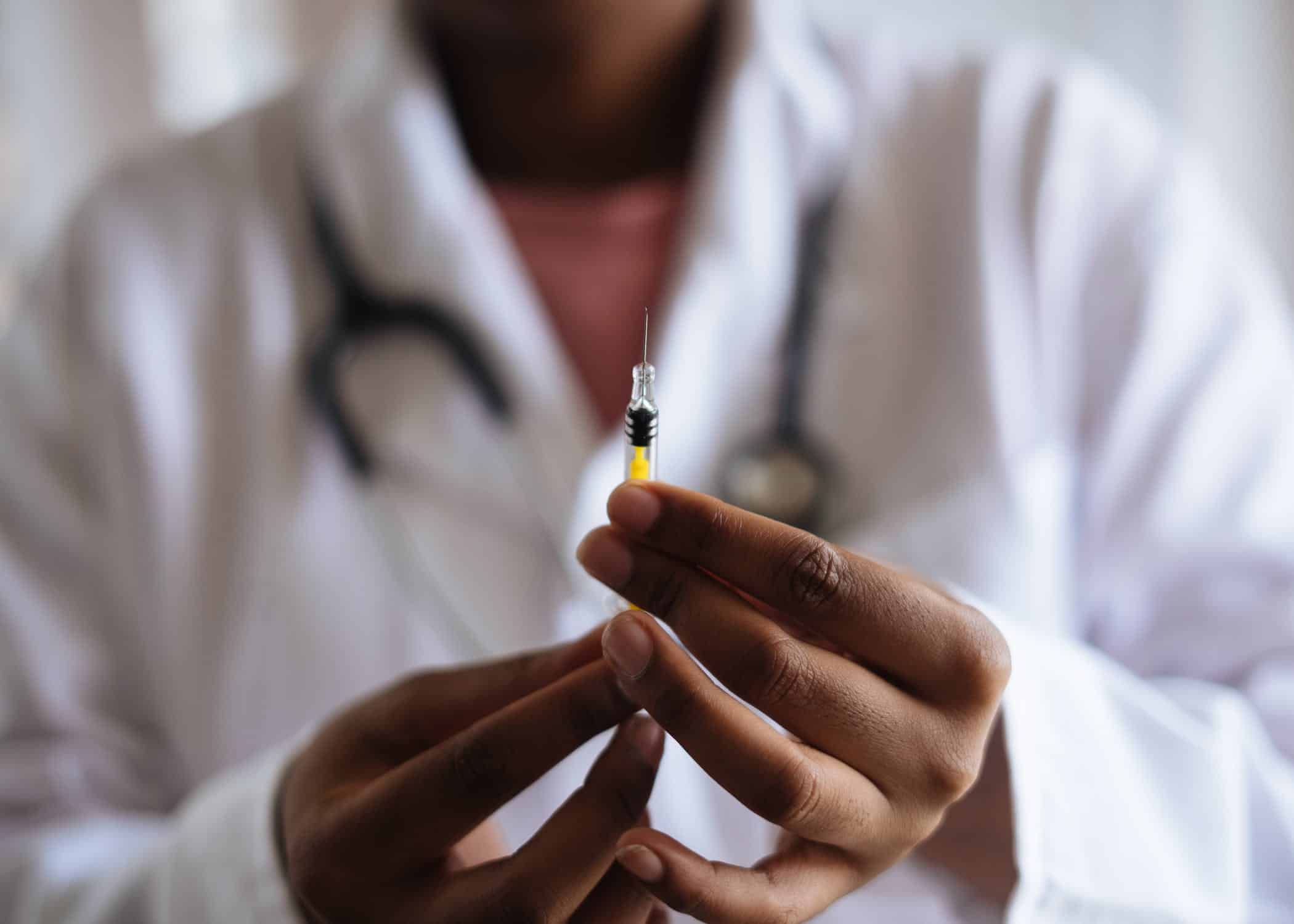 Religious perspectives can be a major determining factor which influence the attitudes of citizens towards receiving vaccines.  Faith leaders can propagate fear around vaccines. The religious beliefs can also be deterrents and as the discourses around the COVID-19 vaccine began circulating, it was clear that there was an enormous amount of anxiety, conspiracies and fear among the populace. These stem from cultural sentiments, religious beliefs and misinformation. This misinformation spreads and is eventually understood as truth. In 2017, during a mass measles and polio vaccination campaign in South Africa, many religious communities opposed the free departmental Meas-Bio vaccine because they believed the vaccine contained porcine elements and eating or coming in contact with any pork related material is not allowed, considered as taboo by various faiths. Kwara Kekana, the spokesperson for the MEC Gauteng Department of Health, says they had to solicit the assistance of top medical professionals within the same religious and cultural groups.

“These top professionals and leaders in these religions tremendously assisted in convincing most members of their religion and sects not only about the myths on the contents of the Meas-Bio vaccines but also on the medical importance of vaccination in general,” says Kekana.

To neutralise the propagation of fake news about the COVID-19 vaccine, the South African Council of Churches (SACC), commissioned a task team that reflected the diversity of church traditions to create a document adopted by all the member churches that supports the vaccine roll-out.

“The SACC member churches have committed to support the vaccine rollout, and to promote that South Africans should trust and listen to the gift of science that God has given us,” says Bishop Malusi Mpumlwana, the General Secretary of SACC.

An individual’s liberties involve their choice to get vaccinated or not. Governments’ challenge is safeguarding these liberties, while ensuring the public’s health is also safe. This choice may in part be influenced by their religious leanings. Governments are addressing this issue by guaranteeing that people are not forced to take the vaccine through their communications. Even though the benefits of the vaccine are discussed, the public is always reminded of their right to not take the vaccine. “It is important that people understand the concept of herd immunity. This means that enough people are vaccinated so that the likelihood of transmission of infection is almost nil,” says Lenore Manderson, Distinguished Professor of Public Health and Medical Anthropology at the University of Witswatersrand. “This requires that as many people as possible do accept vaccination, both to avoid infection themselves but also to avoid passing infection to others”. Prof. Manderson says the tenets of Ubuntu, the African philosophy of community can be applied to public health measures to encourage the public’s participation. “We protect others as we protect ourselves,” says Prof. Manderson.

On the 8th of February, the SACC held a conference to address the many COVID-19 vaccine conspiracies. Some of the conspiracies included the widespread myth that the vaccine alters  the human DNA. This myth appears to stem from the fact that two of the vaccines, the Pfizer/BioNTech and Moderna vaccines, use a natural chemical called messenger RNA (mRNA), which instructs cells to make the “spike protein” found on the new coronavirus. The mRNA never enters the nucleus of the cell, where our DNA is kept. Other myths include misinformation that the vaccine is meant to control population growth through elimination of black people and it’s the mark of the beast just to name a few.

The SACC further stressed that the work of the church extends beyond the pulpit hence their advocacy for vaccine. “Engaged in ongoing advocacy with Government in the light of the challenges experienced at community level. Such advocacy resulted in the government creating the cash voucher system promoted by the churches, for crisis relief,” says Bishop Mpumlwana. This advocacy with government aims to counter the effects of the severe structural and social inequalities that plague many African countries.

Calls for equitable distribution of vaccines

It is these very “structures of vulnerability” that COVID-19 has exacerbated. Access to better healthcare tends to be reserved for rich people which suggests that access to this COVID-19 vaccine will follow a similar pattern unless government intervenes.  “So equitable distribution of the vaccination will require the government to take measures to ensure equity. In addition – yes – if poor people have less access to the vaccine, then (given numbers) we will be unable to protect the population as a whole,” says Prof. Manderson. In order to counter the inaccessibility for these vulnerable populations, Prof. Manderson suggests that the vaccine be administered to them first as this would “maximise coverage, ensure social justice and increase the likelihood of herd immunity”. To achieve this, informal settlements, the homeless and those in crowded living conditions must be prioritised. “Rich people can stay at home and can buy masks if they need to, and be last not first,” says Prof. Manderson.

Kekana says this is the exact strategy principle the Gauteng health department is adopting as well. She emphasises that during the second and third phases of the vaccination roll out, “the structures and systems that will be put in place will make sure that the social vulnerability index within the population is strongly taken into consideration”.

COVID-19 is a communicable condition that now syndemically interacts with other biological, social, economic and political conditions

Bishop Mpumlwana also acknowledges that the inequalities horrifically affected “the majority who live on the periphery of the economy,” during the lockdown since movement was restricted. In order to make a living, they require free movement which was not possible, which ultimately deepened poverty across the country. “COVID-19 has exposed the extent of inequalities within and between populations, cities and nations, drawing attention to the physical and social structures that determine the risks of infection, access to care and support,” Prof. Manderson states. She further mentions that COVID-19 is not only a pandemic but it is also a “syndemic” which means an ‘interplay of biological and structural factors that contribute poor health’.

“A syndemic perspective therefore highlights the social interconnections of disease and poor health. COVID-19 is a communicable condition that now syndemically interacts with other biological, social, economic and political conditions”.

The church is a driver of moral and social sentiment – many people look to church leaders for guidance. The church’s support of the COVID-19 vaccine is vital and will quell any anxieties people may have across the continent. Building trust and strong relationships with religious actors and traditional leaders is the starting point to a successful campaign.  Hopefully, the church’s involvement in COVID-19 vaccination support work “beyond the pulpit” and the involvement of other faith groups, traditional and cultural leaders will continue even after the pandemic is over and see these various institutions involve themselves more in advocacy that focuses on short and long-term positive social change.