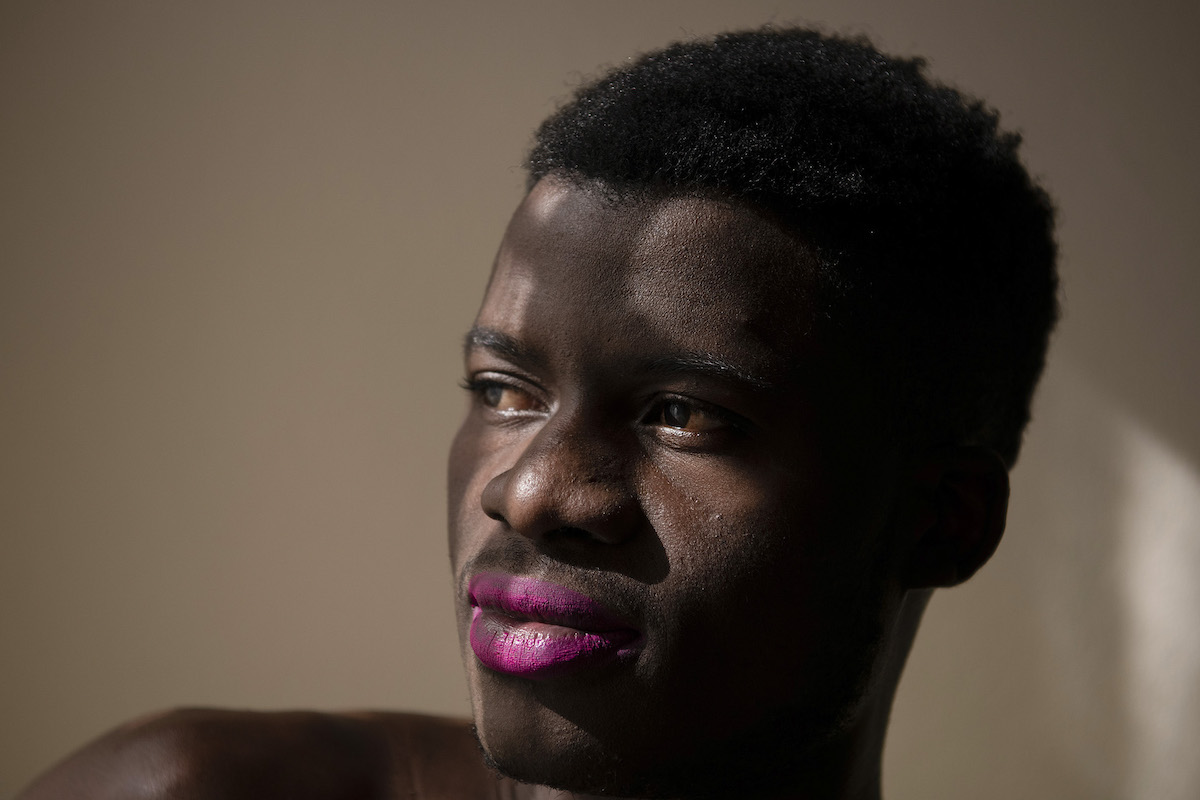 When Anold Mulaisho, 27, was forced to flee Zambia in 2017 because of his sexual orientation, there were no gay rights organisations to buffer him from the persecution he was experiencing. “We didn’t have any organisations that are known to be dealing with gay rights,” said Mulaisho.

“I knew of [human rights activist] Paul Kasonkomona, who spoke about queer rights in Zambia at the time when some of my friends were being arrested. But he was arrested [in 2013] after he appeared on television speaking on queer rights. After that, everyone went so much into hiding, including myself. In essence, we feared that once you speak up you’ll be arrested.”

Now living in Pretoria, Mulaisho is providing shelter to a fellow queer refugee from Zambia who recently arrived in South Africa. “He was facing persecution in Zambia and now he’s here. Literally, everyone who’s queer in Zambia, you can never, never be who you are. Not when you’re gay,” said Mulaisho.

According to a report released in December, Zambia’s queer rights movement has made little progress in the decade since Kasonkomona’s arrest. Compiled by the trans and intersex rights organisation Transbantu Association Zambia and the Southern African Litigation Centre, the report shines a light on not only the experiences of LGBTI+ people in Zambia, but also the challenges faced by queer rights activists.

The report notes that while there is “a nascent LGBTI+ civil society”, with some queer rights organisations gaining visibility, these are “often timid as cultural norms and legal restrictions limit active advocacy”. It adds that “cautiousness has been necessitated by the constant risk of harassment or arrest”. Those associated “with LGBTI+ identity” face bribery and extortion and “the threat of exposure [is] used as leverage”.

“Due to social ostracisation, legal exclusion, discrimination and violence, LGBTI+ people in Zambia cannot participate fully in civic life,” the report notes. “LGBTI+ organisations cannot easily register as NGOs [non-governmental organisations]. At times, organisations have to decrease their activities and operate clandestinely due to government persecution. One form of political persecution of NGOs is closing their bank accounts, which is crippling for the organisations, the work of LGBTI+ activism and the individuals that rely on them.”

A deeply religious and largely conservative Christian country, Zambia’s penal code, inherited from British colonial laws, carries a sentence of 15 years to life imprisonment for those found guilty of same-sex sexual activity. The report finds that the criminalisation of such sexual activity is a liability for many transgender and intersex individuals who are often perceived as homosexual even though they might not personally identify as gay or lesbian.

A 2016 report about LGBTI+ activism in southern Africa listed Zambia, along with Zimbabwe and Malawi, as the region’s countries that are the “least tolerant” of LGBTIQ+ people. Mphatso Sakala, 34, describes his work as an intersex rights activist in Zambia as “a daily struggle”.

“There have been times where I wanted to, you know, give up on this work,” said Sakala, who heads up the non-profit organisation Intersex Society of Zambia, which he founded in 2018. The challenges of fighting for the rights of intersex people have been – and continue to be – numerous.

“First things first, the laws of the country do not recognise the existence of intersex persons. It is very silent. Only the binaries of male and female are recognised. And even when it talks about discrimination on the basis of this or that, it doesn’t talk about sex characteristics. So basically, the law does not recognise intersex persons,” said Sakala.

In addition to the lack of legislative recognition, societal attitudes towards LGBTI+ persons in Zambia make working as a queer rights activist a difficult terrain to navigate. “But I don’t know if it’s fate or, for some of us, it’s just a calling we can’t escape. Or maybe because there are people who still need us. There have been times when I’d say why am I troubling myself? This work is too much. But I find that every time I tell myself that, there will always be that call that will come through, saying there is this or that person who needs you.”

Anna Mmolai-Chalmers, LGBTI+, sex work and disability programmes manager of the Southern Africa Litigation Centre, says queer rights organisations in Zambia have no choice but to operate in a low-key manner. “Working with the National Aids Council, their operations are often linked to HIV services so [that the authorities] can’t quite trace which organisations are doing such kind of work.”

This is echoed by David Mulenga*, head of one of Zambia’s queer rights organisations, who says it is largely through networking that his organisation is able to provide some of the services needed. “We’ve come to realise throughout the years that there are services we can provide through having conversations with the different service providers, in healthcare or the police, in order for communities to seek these services without discrimination,” he said.

“Most of the connections that we’ve made are through the Zambian National HIV-Aids Council because the council interacts with everybody – different ministries, different service providers. So through a relationship with an established body like that you’re able to reach out to various people and see who is able to assist. Half the time, if you go through somebody who knows somebody, it becomes easier to access a service.”

Securing the safety of the organisation’s staff and the people it assists also takes some consideration. “There have been times when you feel that the neighbourhood in which your organisation is situated, if the neighbours are not comfortable with the organisation, or they see different people walking in and out, then you tend to worry,” said Mulenga.

“So risk mitigation then would be to have conversations with community members to trickle in one at a time, or to meet in a different, safer space. Even in your own private space, you are always wondering, am I safe? Am I private? Even when it’s not in relation to intimacy, even just a gathering, you worry about not knowing what will happen … It’s things like that.”

On whether he holds out any hope of a change in attitudes towards LGBTIQ+ people in Zambia, Mulaisho said: “There’s still quite a lot that needs to be unlearned. And only once that unlearning takes place, that’s when queer activists will be able to come to come out and stand tall.

“For now, the only thing we hope for is for queer activists to continue working underground, like where we all are. So it will be a very, very long road. It’s something that is going to take probably years and years before the queer activists in Zambia can stand up and speak without being persecuted, without being taken to jail just for speaking.”

* Not his real name.

KiSwahili as an agent of liberation, integration