Under the theme “Re-imagining the pan-African dream — reflecting on the past, experiencing the present and imagining the future”, the 2020 hybrid edition of African Crossroads brought together a vibrant community of future-oriented African thinkers and doers. The two day online and offline event, featured live performances, panels, open space, virtual exhibitions, workshops, breakouts and talks which triggered the energising and collaborative spirit of African Crossroads.

While there are several major social, economic and political problems on the continent there is an abundance of opportunities. Young creatives, scholars, entrepreneurs and activists across the continent are leading efforts to change the existing problems, making tangible differences in their space. After decades of political independence celebrated by many African countries, a pertinent and persistent question is whether the promises of  social harmony, political stability, respect for human rights, economic integration and prosperity as envisaged in pan-Africanism are being realised and how can the continent’s young people contribute to the reconfiguration and fulfilment of this dream?

Against the backdrop of the 2020 African Crossroads, we recognise the huge contributions of other Africans who have made a significant impact. We highlight and celebrate these remarkable doers who have dedicated their lives to improving the lives of the marginalised, the victimised and the vulnerable, while keeping the Pan-African dream alive.

Pursuing various interests, these young men and women have made a significant impact through their work, selfless sacrifices, talent, bravery and spirited leadership, underlining that despite existing challenges the Pan-African dream is still alive.

Since her famous photo went viral, Salah has graced various platforms including the United Nations Security Council advocating for the inclusion and equal representation of women in politics. At the UN Salah said, “There is no excuse for [women] not to have an equal seat at every single table.”

In one of her interviews, Salah told TIME that she wants the government “to listen to women as well” in order to achieve “the Sudan that [we] all envisioned.” She inspired many with her tenacity. 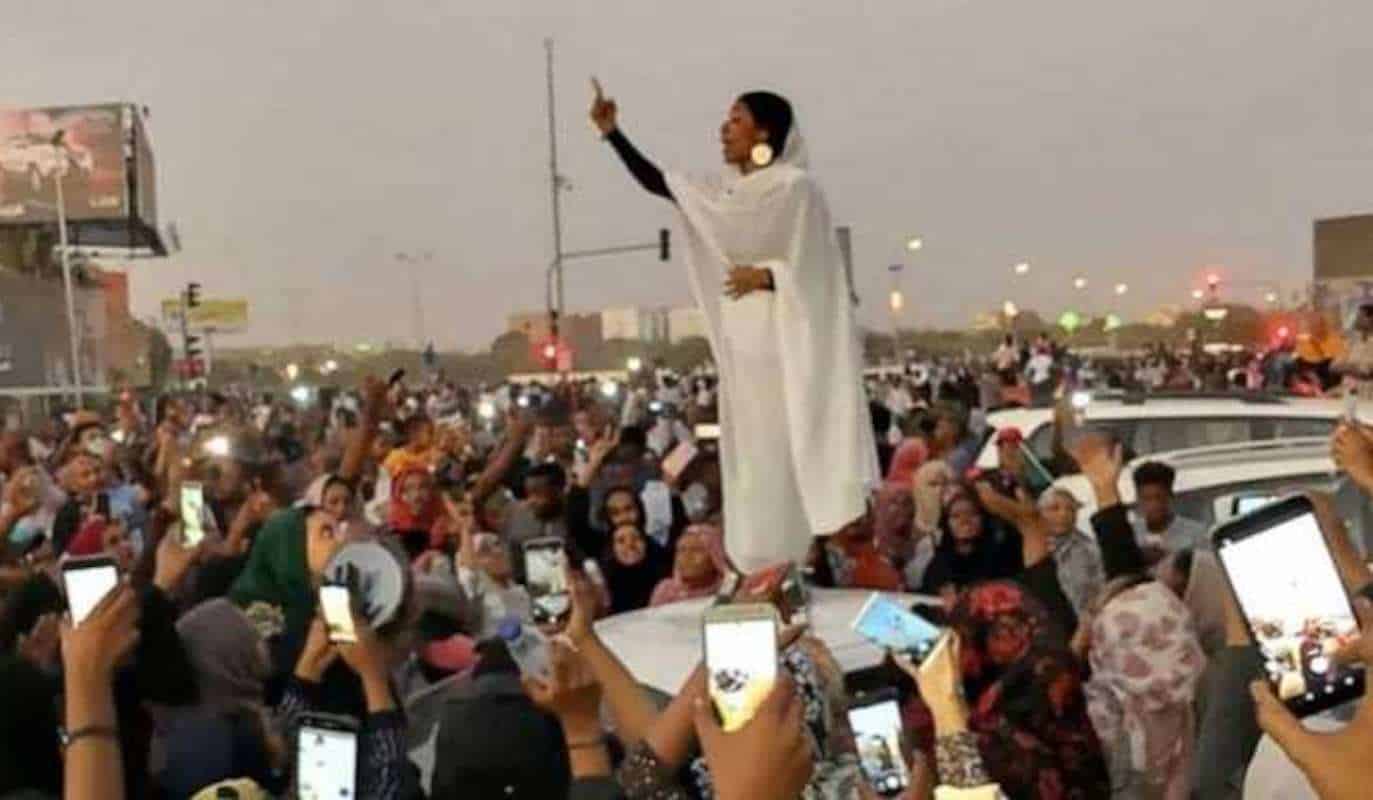 24-year-old Ugandan climate activist Vanessa Nakate, has been at the forefront of raising awareness on the effects of climate change having witnessed the impact of climate change in her own community and country.

Africa is the least polluting or carbon emitting continent, but despite its low emissions, the region is one of the most vulnerable and severely affected by the climate crisis. Vanessa is also fighting for marginalised voices to be better represented in the environmental movement. She is founder of the Africa-based Rise Up Movement. 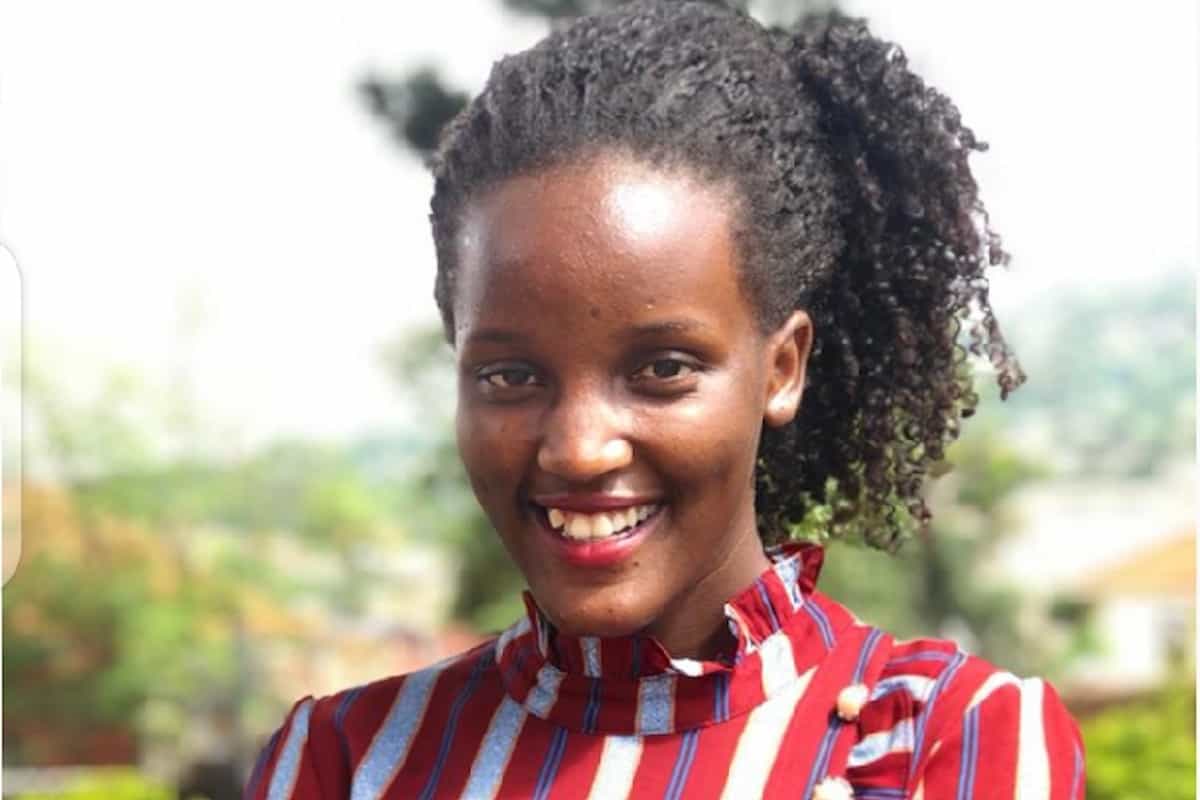 Robert Kyagulanyi Ssentamu better known by his stage name Bobi Wine, is a Ugandan politician and singer. He currently serves as Member of Parliament. He has been arrested and charged on several occasions.

Bobi Wine has built a wide and popular political platform. He has built a popular political identity around a catchy slogan “people power, our power” under the People Power Movement. The movement seeks to unite Ugandans on issues such as ending human rights abuse, corruption and redefining the rule of law, with a focus on young Ugandans.

Fadzayi Mahere is a prominent lawyer and young female leader. She is the Spokesperson of the opposition MDC Alliance party.

She has been vocal on social media challenging the Zimbabwe government on corruption and human rights issues. Fadzayi was among those arrested for taking part in protests in Zimbabwe this year, with protesters accusing the government of corruption, human rights abuse and misgovernance.

Despite the arrests and political intimidation Fadzayi continues to speak out in support of human rights and advocating for the rights of disadvantaged citizens.

“Human rights are my passion. That’s why I dedicate part of my tight schedule in defending the weak and marginalized. I will always be there wherever human rights are being violated in the country.”

Zukiswa Wanner is an award-winning African writer who has produced a number of works and contributed to various newspapers and magazines.

Since 2006 she has been an author and a promoter of African literature opening doors for young African writers. 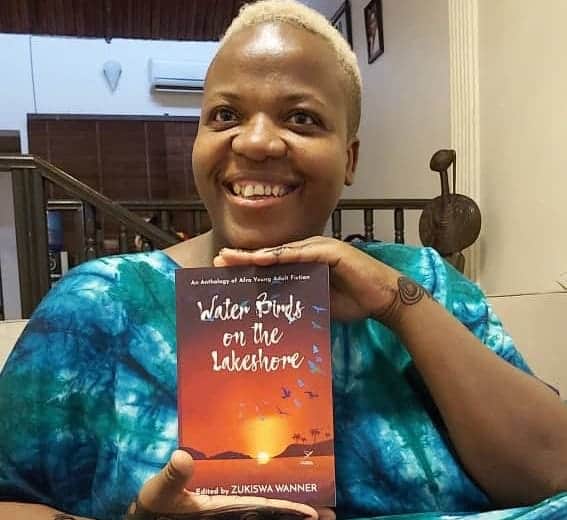 In 2020 Zukiswa was awarded the Goethe Medal alongside Ian McEwan and Elvira Espejo Ayca, making Wanner the first African woman to win the award.

“Her conception of herself as an African writer leads her to range far beyond national frontiers in her writing, whilst at the same time bringing the diversity of African culture into her artistic work. Her detailed knowledge of South African literature and her nuanced understanding of regional discourses and female identity in Africa mean her expertise is internationally sought after; she is also a role model for an entire generation of African writers.” — The Jury of the Goethe Medal 2020.

During the #EndSARS protests in Nigeria, young people helped to amplify the demonstrations and mobilised for support through social media. EndSARS Response was launched by Feyikemi Abudu, an engineer and activist as a direct support and funding mechanism for the #EndSARS protests.

EndSARS Response also launched a helpline that included medical, legal, food, and mental health support for protesters. All forms of support were provided at no cost to the protesters. This support made a huge difference on the ground.

Accepting her Grammy for Best World Music Album earlier this year Beninese legend Angélique Kidjo hailed the new generation of young African artists and gave a credit to Nigeria’s Burna Boy,  for “changing the way our continent is perceived.”

Burna Boy has been a leading figure bringing social and political conversations to the fore through his music. In October, he helped to bring attention to the Nigerian crisis when he took part in a protest movement demanding the end of the country’s police unit SARS (Special Anti-Robbery Squad).

He released a single “20:10:20” which highlighted the infamous “Lekki massacre” where the military shot into the crowd of defenceless protesters. In the song, Burna Boy also talks about corruption and youth unemployment. 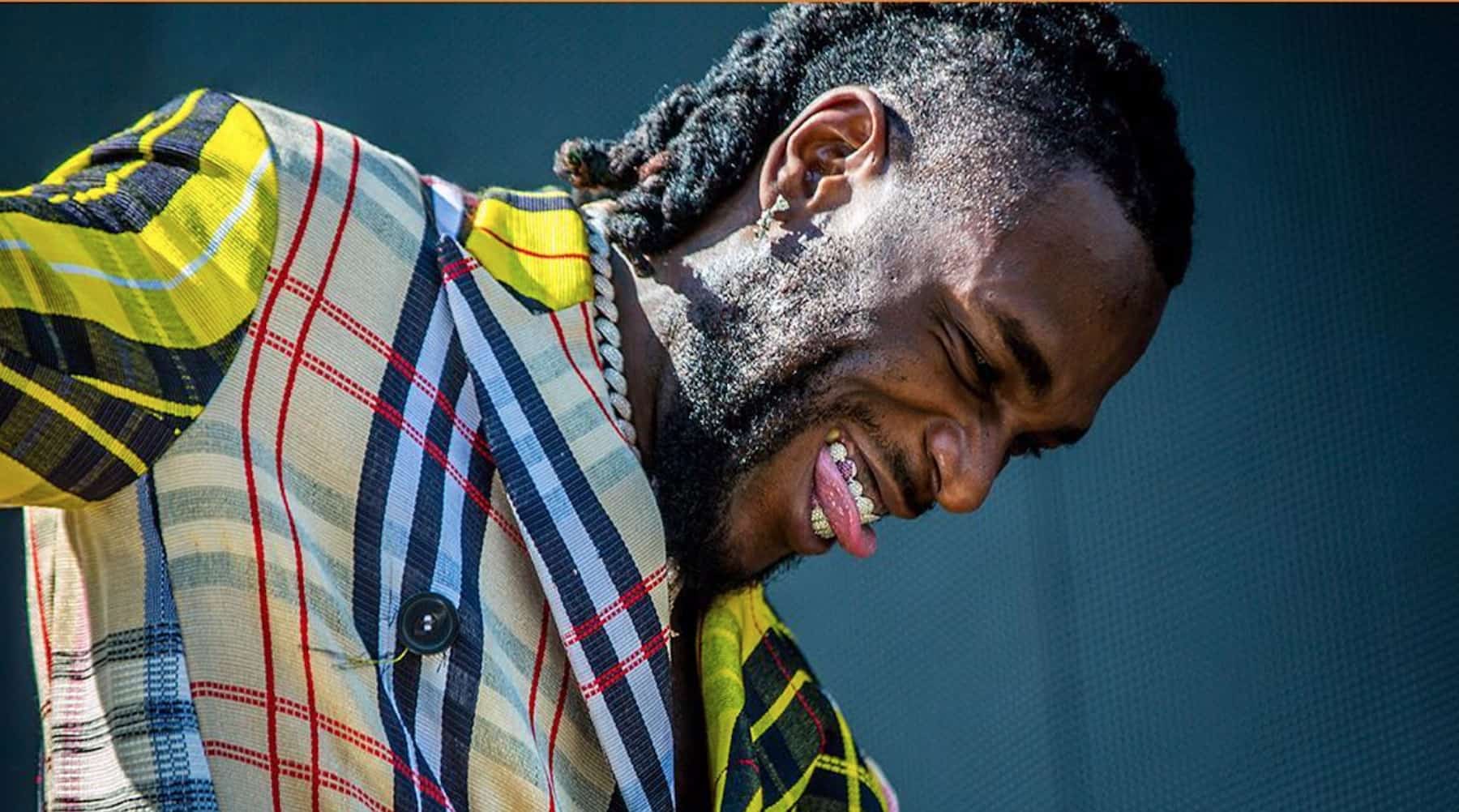 2020 was a difficult year for many musicians and artists across the world because of the Covid-19  but South African artist Kgaogelo Moagi, known professionally as Master KG enjoyed unparalleled success thanks to his smash hit Jerusalema.

The #JerusalemaDanceChallenge spread through the globe like wildfire providing heartwarming moments of joy lifting spirits amid the Corona virus pandemic.

Streamed more than 143 million times this year on Spotify  (not counting millions more streams on its remixes) and being named the world’s most popular track on Shazam, the hit song by Master KG and Nomcebo Zikode is testament to the immeasurable artistic talent abundant on the African continent. 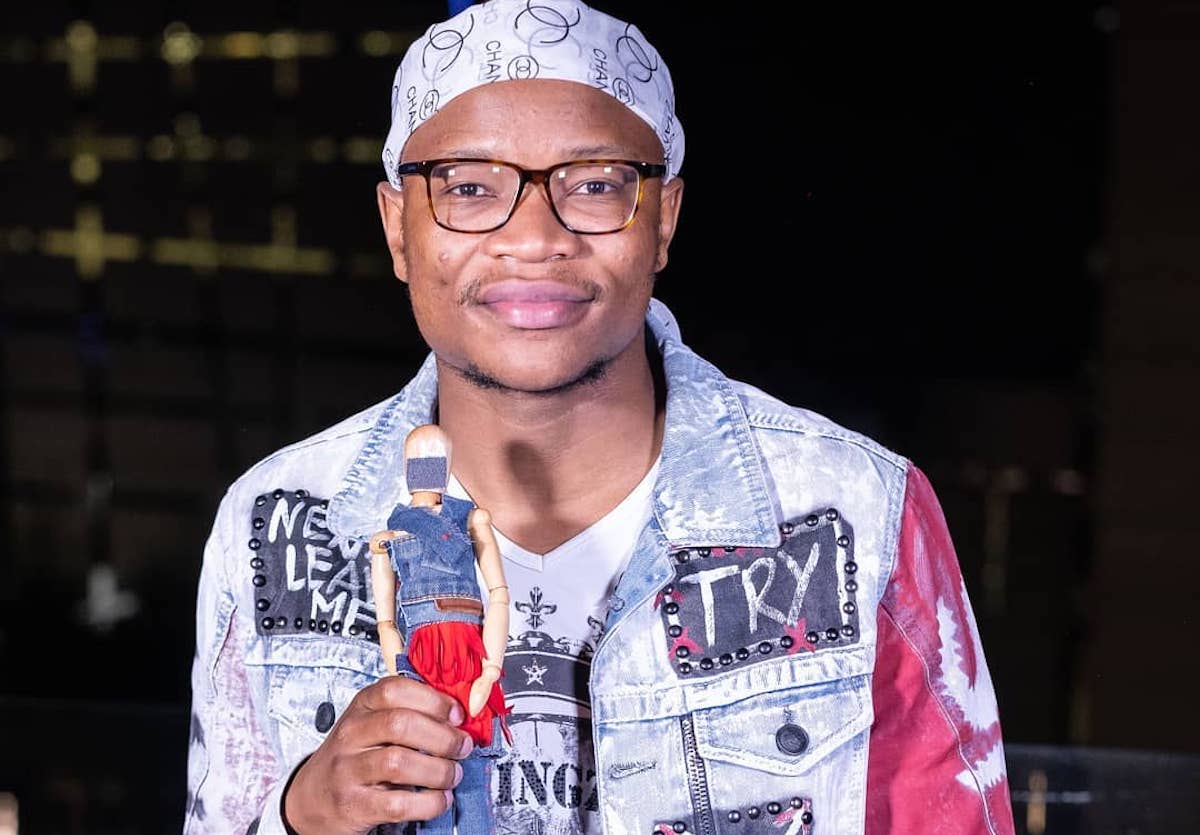 Ubah Ali is social activist and feminist from Somaliland,  co-founder of Solace for Somaliland Girls, a foundation committed to eradicating all forms of female genital mutilation (FGM) across communities in Somaliland, through education and empowerment.

While FGM has been declared illegal in some African countries, the harmful practice still persists. Reports say an estimated 50 million girls are at risk of FGM in Africa between now and 2030, and concerted efforts are required to ensure that FGM rates continue to decline.

Ubah Ali is among the leading campaigners doing laudable work in the fight to end female genital mutilation in line with human rights standards.

“The world has changed a lot in 2020. There is an urgent call for the unity of women around the world – many experience domestic violence, rape, FGM and more. With unity, women can demand justice”— Ubah Ali. 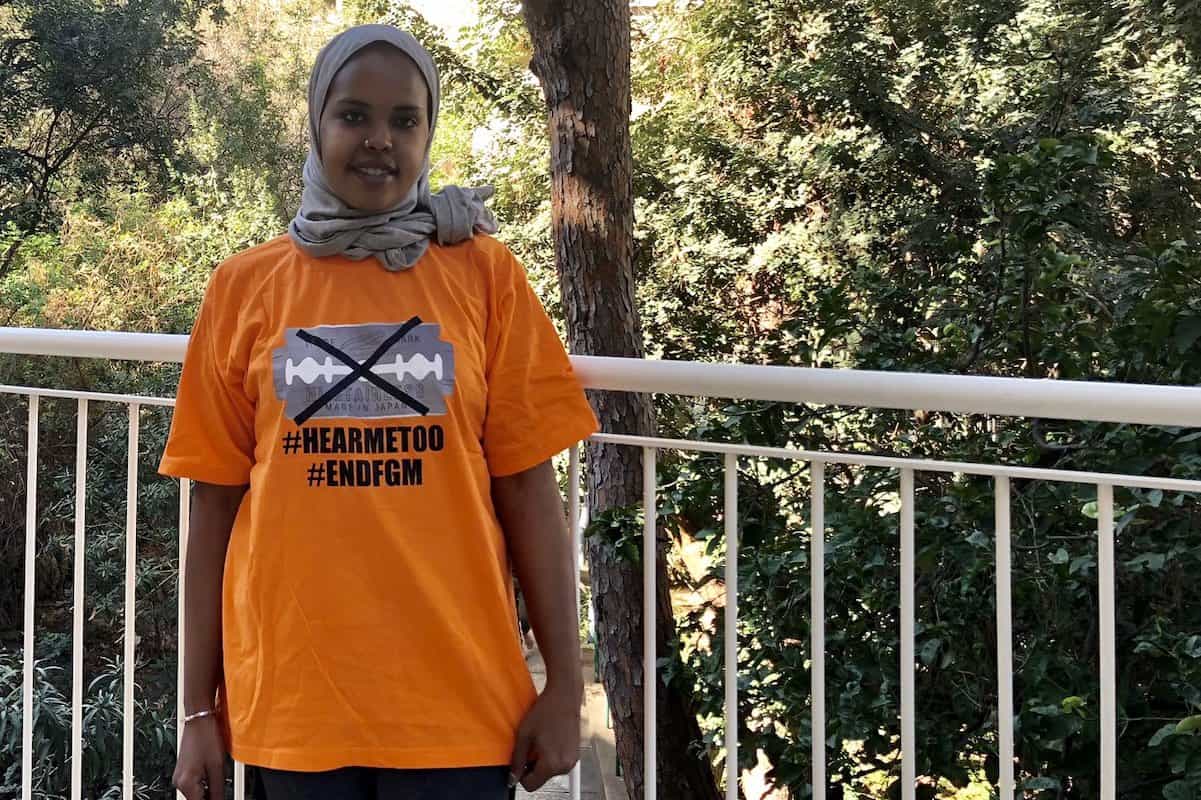 Rebeca Gyumi is the founder and executive director at the Msichana Initiative, a local NGO working to advance girls’ rights. The Msichana (meaning girl in Swahili) Initiative aims to empower girls through education and address challenges which limit their right to education.

She is an advocate for gender equality, and has vast experience working on youth engagement and building women’s movements, and providing advocacy at national and grassroots levels.

She is also involved in different global campaigns for mobilization of resources for initiatives, which works on girls’ issues. 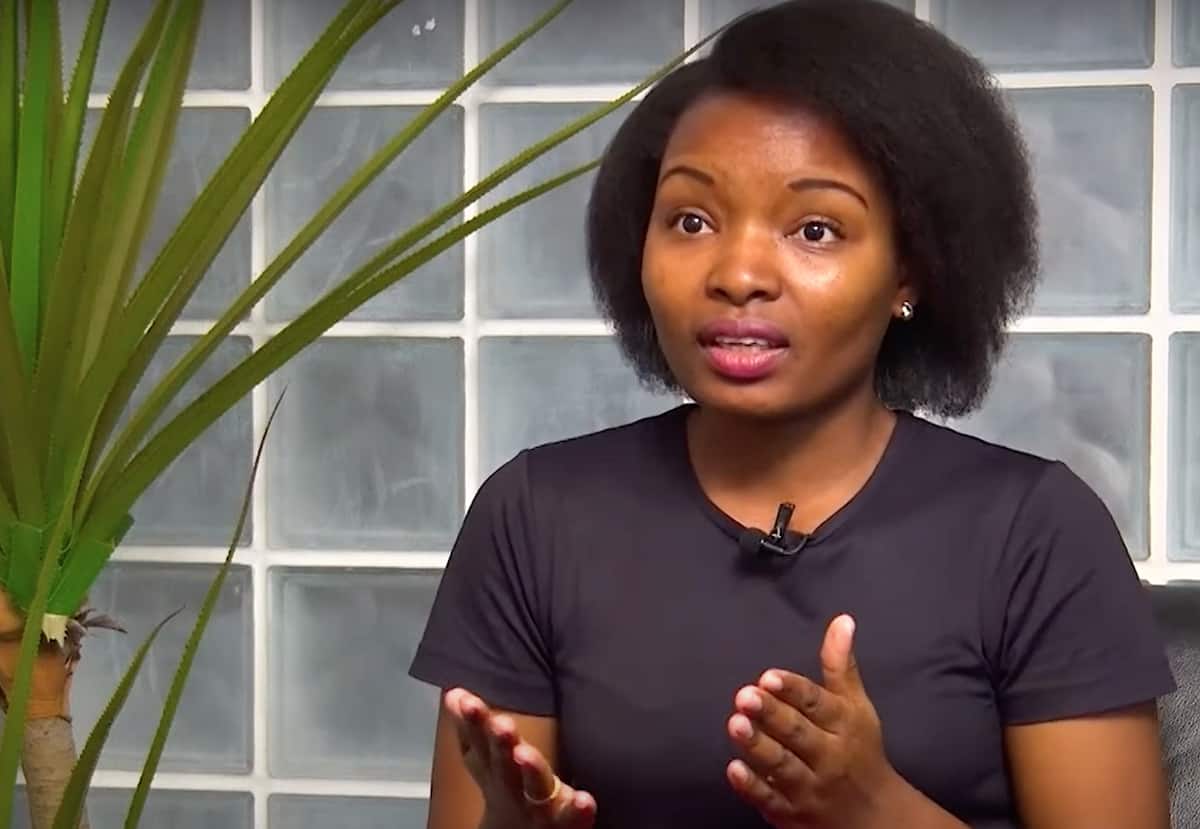