Albinism in Tanzania: what can be done to break the stigma 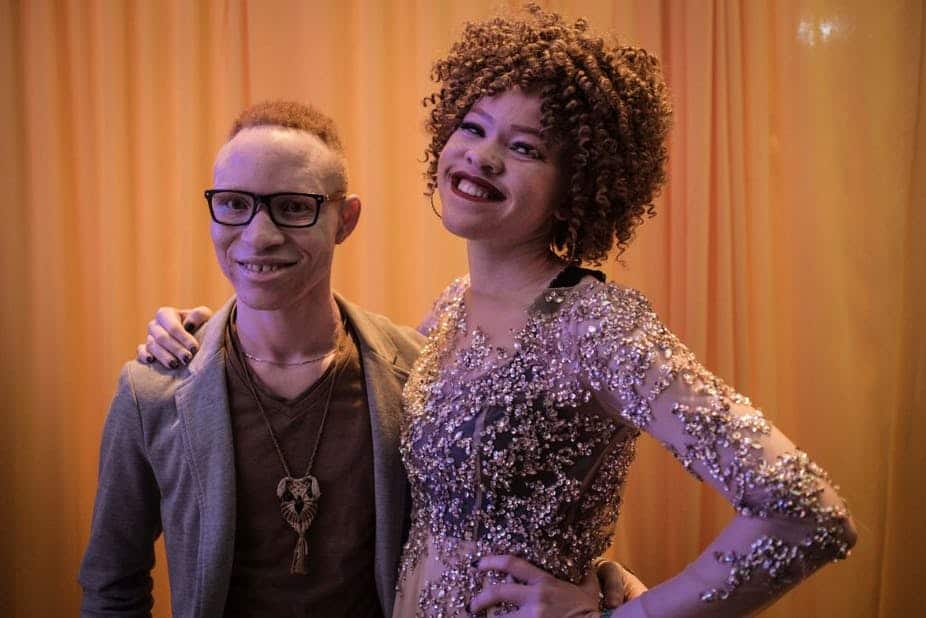 Because of their appearance, all over the world, people with albinism are often socially excluded and frequently (and sometimes violently) discriminated against. They’re prevented from having the same opportunities, for instance at school or when looking for employment, which can result in poverty.

In recent years, various stigma reduction interventions have been implemented in Tanzania by human rights groups, such as Under The Same Sun and Standing Voice. However, no academic research has yet been done on what would be an effective way of reducing albinism-related stigma.

I found that reducing stigma related to albinism in Tanzania is not a straightforward practice. People with albinism are often not perceived as being human and this worldview is deeply rooted. Changing attitudes and improving knowledge requires a variety of strategies that need to be properly adapted to the context and target audience.

To demonstrate this, I’ll take you through my studies in which I examined three types of stigma reduction interventions: theatre, radio and movies.

I wanted to know whether these interventions helped to reduce stigma through providing education, contact with a person with albinism and by including entertainment.

Past research in relation to other conditions – such as HIV and AIDS and Leprosy – has shown that, to reduce stigma it’s important that people are informed, have positive interactions with someone with a stigmatising condition to create feelings of empathy, and a lot of interventions aim to entertain to grasp people’s attention.

Through a theatre play, primary school students were introduced to Bahati, a boy with albinism, who was facing discrimination in his village and in school. The audience was asked to change the theatre scenes, to improve the situation for Bahati.

The audience responded enthusiastically to the play. They paid attention most of the time and were engaged.

I found that the children’s attitudes towards people with albinism improved. There was also a significant increase in albinism-related knowledge among the respondents who attended the theatre intervention.

The theatre intervention provided education and increased contact between participants and people with albinism. Because of this it’s an effective tool in reducing stigma.

Two types of radio interventions were tested. A radio drama about albinism and a radio interview with someone with albinism. These were played once to a small groups of adult participants, after which they were asked what they thought of the shows.

Both radio shows proved to be effective in reducing stigmatising feelings towards people. The radio drama significantly reduced community stigma, and both radio shows reduced social distance. Hearing that people with albinism can live a normal life, positively influenced people’s attitudes. A combination of the different types of radio interventions is recommended, because they each have their own strengths. People like to hear radio dramas, but are also interested to hear peoples’ life stories in ‘real life’ through a radio interview.

The advantages of using radio as a stigma reduction intervention include that it’s relatively cheap to produce a radio show. It can also easily reach a large audience because of the large number of people who own and listen to radio in Tanzania.

When it came to testing movies, I compared two types of movies among secondary school students.

The other movie was educational. It featured two traditional healers and a medical doctor that provided insights into albinism.

Both strategies positively influenced correct knowledge related to albinism directly after the intervention. The findings showed many positive outcomes for both interventions, and the respondents were very enthusiastic about the contact intervention in particular.

Following this research, I recommend a combination of the contact and education strategy. As they both seemed to be of value in reducing stigma. Both strategies complement each other as was proven in the tested interventions.

My findings showed that it could be rewarding to add entertaining components, however one should pay attention that ‘fun’ does not diminish the message of the intervention.

My research also shows the importance of evaluating and researching stigma reduction interventions. Reducing stigma is not a straightforward process and interventions benefit from proper development and evaluation.

The research also showed us that people with albinism can play an important part in stigma reduction interventions, which can not only improve the intervention but can also positively influence the spokesperson. By showing agency, stigmatised people can counteract expectations in society by breaking the vicious circle in which they are being seen as being worth less and being forced to act on this.

Related Topics:AlbinismHuman rights Tanzania
Up Next

A new film about Zimbabwe’s 2018 elections is worth watching, but flawed