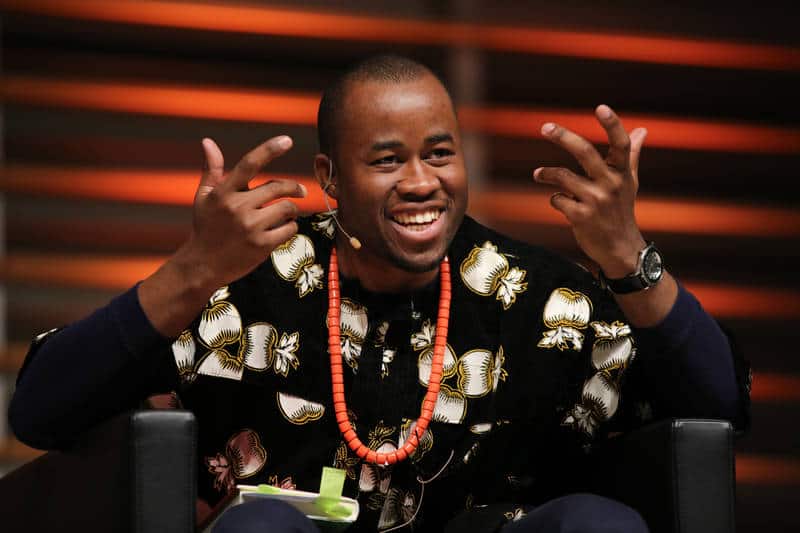 Thirteen authors made the “Man Booker Dozen” for the 2015 edition of the prize. On the list were three debut novelists  – Nigeria’s Chigozie Obioma (The Fisherman), USA’s Bill Clegg (Did you ever have a family) and New Zealand’s Anna Smaill (The Chimes).

The longlist was announced on Wednesday July 29 after the five-man judges’ panel chaired by Michael Wood had considered 156 entries.

“We had a great time choosing this list. Discussions weren’t always peaceful, but they were always very friendly. We were lucky in our companions and the submissions were extraordinary. The longlist could have been twice as long, but we’re more than happy with our final choice,” Michael Wood said following the announcement.

Obioma was the only African in a diverse list comprising five US writers, three British writers, and one each from the Republic of Ireland, New Zealand, India, Nigeria and Jamaica.

Irish author, Anne Enright, is the only former winner to make the longlist for her novel, The Green Road. But there were two others – Tom McCarthy and Andrew O’Hagan – who had been shortlisted previously.

All shortlisted authors receive £2,500 and a specially bound edition of their book, while the winner will receive a further £50,000.

The Booker Prize was first awarded in 1969, and was originally awarded only to writers from the UK and Commonwealth countries, Republic of Ireland and Zimbabwe, but since 2013 it has been opened to anyone who originally writes in English and published in the UK.

Below are the 13 longlisted authors, nationality, title and imprint:

The Promise Of Futurism Part 3: Content In The Digital Age, A Conversation with Lindokuhle Nkosi