10 things you should know about Burkina Faso's transition 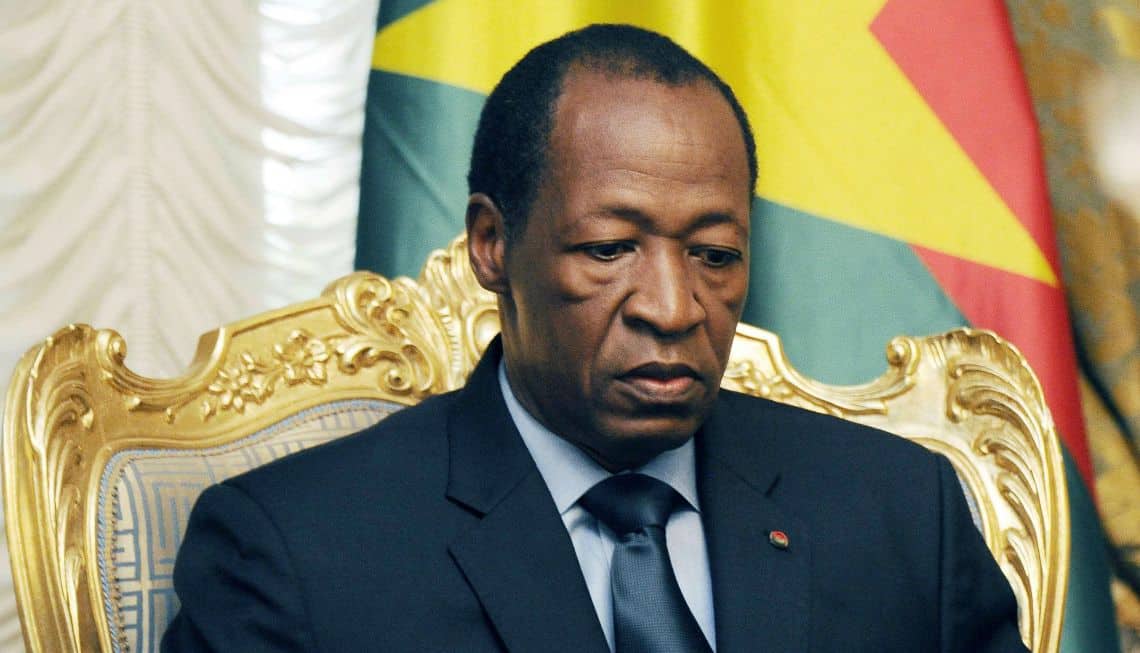 1. It began with greed

The road to transition in Burkina Faso started when President Blaise Compaoré, the long serving president of Burkina Faso for 27 years tried to extend his stay in office by amending the constitution to make him eligible for three more consecutive terms. That was just too much for the people to take. Angry citizens took to the streets on October 31, 2o14, setting the parliament ablaze, destroying properties belonging to top politicians, ransacking offices and setting cars on fire. They also attacked the national television headquarters.

When Compaore saw that things were not going as planned, he tried to backtrack. First, he released a statement on October 31st 2014, ordering the military to restore order while declaring a state of emergency. He claimed that he was no longer going to amend the constitution but intended to finish his tenure in 2015. In his statement he also called for talks with the opposition. But it was too late. Hundreds of angry protesters gathered outside the headquarters of the armed forces following the president’s statement, many of them shouting “Blaise Leave” and “No More Blaise”.

The heat became too much for Compaore. He resigned from office and fled to neighbouring Cote d’Ivoire where he has a good relationship with the government especially as a result of his mediation efforts during the 2011 Ivoirian crisis. Army General Honore Traore, the joint chief of staff, announced a military takeover and dissolved the government and parliament. Traore’s authority was challenged however by Lieutenant Colonel Isaac Zida, the head of the elite Presidential Guards. The military chiefs after a meeting accepted Lt. Col. Zida as head of the transition process. This put an end to the possibility of in-fighting within the ranks of the military over who was to maintain power.

Lt. Col. Zida assumed authority on November 1, 2014. He suspended the constitution, but vowed to return the country to democracy. In addition, he set a date for return to constitutional rule during which he said that an interim civilian head will be appointed to oversee the transition process. People were not sure show about his motives, so protests continued. There were concerns that the military seemed to be hijacking the process. On November 2, 2014, the opposition called for a mass rally in the capital to make their demands known.

The African Union temporarily suspended Burkina Faso and issued a deadline for return to constitutional rule. Some Western countries suspended donor aid. The sub-regional body, ECOWAS, called for a return to constitutional order and respect for the ECOWAS protocol on democracy and good governance. On November 5, 2014, ECOWAS led mediation efforts culminated in the visit of Ghana’s President John Mahama, the Chairman of the Authority of ECOWAS Heads of State and Government; Nigeria’s President Goodluck Jonathan, and Senegal’s President Macky Sall to Burkina Faso. Part of the agreements reached with The Burkina Faso military was the suspension of the constitution and an agreement with opposition parties, civil groups and religious leaders for a transition to civilian rule with the drafting of a transition charter. However, the mediation failed to appoint a civilian head due to inability of all parties to agree on a candidate.

A 23 member committee made up of persons from the army, traditional and religious groups, civil society and Burkina’s political parties, was appointed to choose the interim president and also, a transition timeline was accepted by all stakeholders. The AU gave an ultimatum for resolution of the situation. Lieutenant Colonel Isaac Zida however told the AU that interests and not deadlines was the major issue that would ensure a smooth transition process. He said the process would not be rushed, either by international pressure or the growing unrest within Burkina Faso since the military seized power. According to him “what [was] important for Burkina Faso [was] to reach consensus from which election results will be accepted by all”.

7. The birth of the transition committee

On Saturday 15th November, Lt. Col. Zida signed the” transition charter”, amidst cheers from all stakeholder groups including the military and civilian, opposition and religious figures, civil society and trade unions. Under the terms of the charter, the interim president was to appoint a prime minister, either a civilian or a military figure, who will head a 25-member transitional government. There will also be a 90-seat parliament, known as the National Transitional Council to be headed by a civilian. In addition, no member of the interim regime will be allowed to stand in the November 2015 election. The step was hailed as significant improvement towards return to constitutional rule.

Following a two day ultimatum handed down by Lieutenant Colonel Isaac Zida for appointment of interim leader, Michel Kafando was appointed as the interim civilian president. Kafando was born in Ouagadougou in 1942 and holds bachelor’s degree in public law from University of Bordeaux and doctorate in political science from the Sorbonne. He is a diplomat who has served as ambassador twice at the United Nations and was foreign affairs minister between 1982 and 1983. Kafando was chosen from a candidates’ list which included Paul Ouedraogo, a catholic archbishop (the church later made a clear statement that the cleric cannot be considered for the role); former television presenter and journalist Newton Ahmed Barry; former development minister Josephine Ouedraogo and crusading journalist Cherif Sy.

In his acceptance speech, Michel Kafando was quoted by Reuters to have said “This is more than an honour. It’s a true mission which I will take with the utmost seriousness… the position was an awesome responsibility filled with immense tasks as well as pitfalls”. Part of his duties as President will be to appoint a civilian or military prime minister who will head the 25 member transition government.

The journey to November 2015 when elections will hold is a long one. The maturity of stakeholders in the process so far is commendable and portends much good for the future. The Chairperson of the Commission of the African Union (AU), Dr. Nkosazana Dlamini-Zuma, welcomed the appointment of the interim civilian head while reiterating the AU’s commitment, in close cooperation with ECOWAS and the UN, to continue to support the efforts of the Burkinabe stakeholders for the completion of the transition within the agreed time frame.

Apartheid in the Caribbean

Tanzania accused of plans to evict Maasai from ancestral land