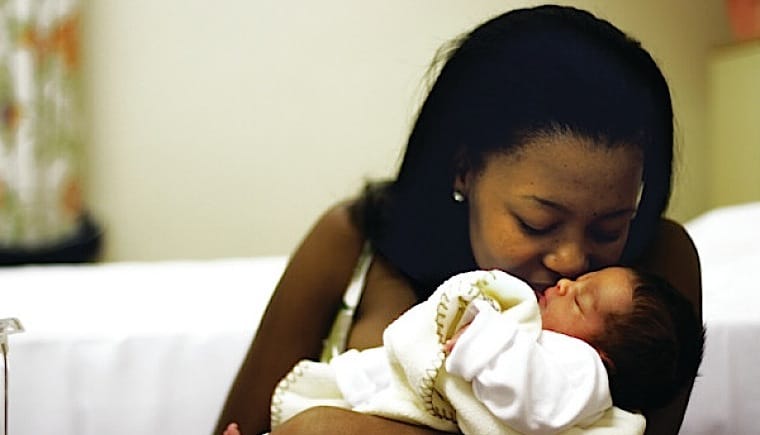 Yesterday, I went to an outdooring in Dansoman (on the outskirts of Accra). I went early to help out the mother, my cousin. While there I had the following conversation with a woman who was also there to help out:

“I am Kuukua, Naa Adjeley’s cousin. I’ve come to help out with things this morning. How are you? What’s your name?”

“Oh me? Mary. Naa and I went to SHS together. I came early to help but I have to leave soon because my mother has to go to the market, but she’s watching my baby until I come back.” She turned away from me and reached inside the cot for Naa’s baby.

“Yes. A girl. But I really wanted a boy.” She said wistfully as she rocked the 2-week-old boy we were about to outdoor. I turned around to watch her.

“Maybe if I hold him tight enough, close to my belly, tonight my husband and I will make a baby boy.”

I tried not to shake my head in disbelief. I remembered that for some women this was their reality.

“We’ve been trying for some time now to have a boy.”

“Oh? How old is your daughter?” I asked expecting to hear an age upwards of five years.

“Oh Yaa?” She says almost dismissively. She will be one next week. The shock on my face might have been visible to her if she wasn’t so intent on making a baby boy. I think: barely old enough to have a sibling. Certainly barely old enough to stop needing her mother’s attention. I shudder.

“Why are you in such a hurry to add to the family? Why don’t you enjoy the little one for a while?”

“Oh you are so funny! You abrokyi people with all these ideas. My husband said his father wants a grandson before he dies. Plus…you know how men are…” She meets my eyes with the sadness in hers. I smiled apologetically. Yes, I knew how men were. I was raised here even though I now lived abroad. I also knew that these same men were mere products of the culture they were steeped in, and often a lack of exposure and education left them blaming the woman for not producing male children. These men were offspring of mothers who perpetuated the same story, instilling in their sons what their own mothers drilled into them; devaluing their daughters.

But why can’t some men be satisfied with daughters?

I wondered if she would be wanting another child so quickly if Yaa had come out male. Why does our culture attach such importance to male children? Is it something we as a people will ever grow out of?

“So what do you do for work?” I asked her. “Tell me about yourself. How old are you? Where did you go to SHS? What did you study?” I want to draw her out of her daydream.

She looks baffled at the change in conversation. For a minute I get her to stop squeezing the life out of the newborn and tell me a bit about herself. She is shy at first then she gains a little bit of confidence. This all goes to waste when she ends with finality: “But my husband just wants me to stay home and mind the children. He says he wants three boys. She says this after she has just told me that she is 20 years old; currently shopkeeping for a perfume store that belongs to a Lebanese man who is always touching her butt so she wants to quit and start her own business; she read Sciences and got a rather high level mark after the SSCE; she had wanted to study to become a phlebotomist but her family, faced with spending more money or collecting dowry, chose the latter. So at 19, she was married off to a man almost twice her age.

“Did your family know you wanted to do further studies?”

She shrugged, then went back to hugging the baby as though talking about herself was a sin and focusing on the intent of making a baby boy would absolve her from this sin.

I was sad. I wondered why so often women are not given a chance to talk about themselves and what they want from life. Why we are constantly told that nothing we do or accomplish is of relevance without a husband and children. Why almost everyone makes it their duty to ensure that women grow up knowing this in their very core.

I have recently moved back to the continent after 16 years of living and working abroad. Since I arrived, not a single interaction has involved being asked how I am doing or for that matter what job I have procured. The first question out of everyone’s mouth is: “Oh, you didn’t bring a husband? No children either? Well we’ll fix that soon, don’t worry! How old are you now?” With almost daily interactions similar to this, I am wondering why I have chosen to move back to a place where the single woman is in a phase that will “hopefully pass.” And if it doesn’t pass she would suffer the consequences of being labelled various versions of an ashawo. Am I making a mistake giving up my carefree single life in the U.S. for one fraught with endless streams of questions about men and babies? In the midst of this introspection however, my inquiries took another turn. Is there something inherently wrong with such an age-old institution? Is it possible that all there is to life, especially for us African women, is a husband and children? And if so, why bother with all these accomplishments? If these convictions are so entrenched in the culture, what hope did I, the been-to, have of challenging any of it?

Second Cases of Ebola in Discovered in Nigeria