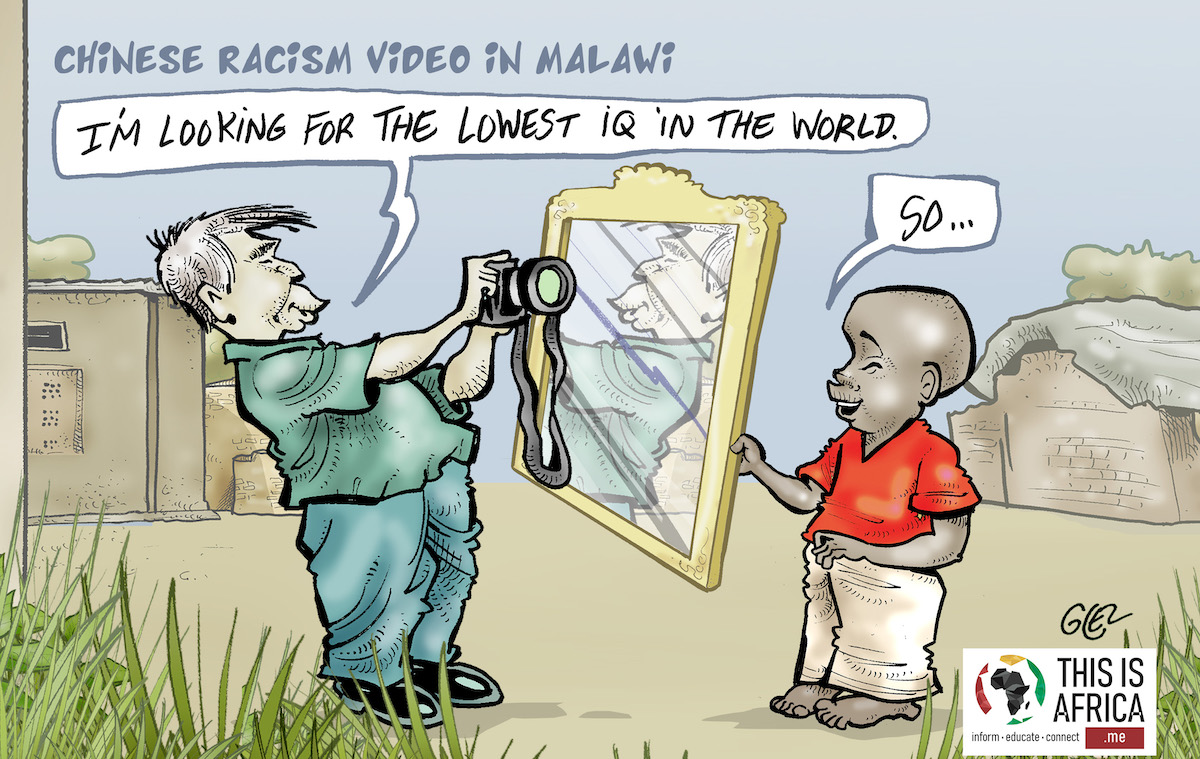 A BBC’s investigative report on racist videos shot by a Chinese national Lu Ke in Malawi has caused an uproar. Lu Ke reportedly filmed African children unknowingly chanting racist and demeaning phrases in Mandarin such as “I’m a black monster and I have a low IQ.” The videos were then sold on a Chinese website.

The Chinese Embassy issued a statement condemning the racist slur and dehumanising video.

Many Malawians and Africans have strongly criticised the racist video and its representation of racist attitudes held by Chinese people towards black people.

Casual racism is common in China. In 2017, a Chinese museum was forced to remove an exhibit comparing Africans to animals when critics pointed out how “astonishingly offensive” it was. The Exhibition showcased photography in a section dubbed “This Is Africa”, which juxtaposed images of wild African animals with black African people, which caused an uproar for its racist connotations.

‘Return to Sender’: Overconsumption in the Global North should not be an African problem