Choosing to Identify as Me
Advertisement 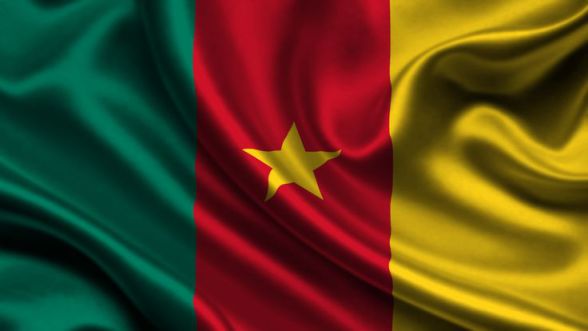 I first had to consider my identity as a child and immigrant in the US, forced to check boxes on numerous forms categorising myself: White, African-American, Asian-American, Other. I did not like the vagueness of ‘other’. Other was odd, and like most immigrants – like most children – I sought belonging. During that segment of my life I chose to identify as African-American. But my accent often betrayed me as ‘other’ – African. My mother, if she ever heard me call myself or any family member just African, would swat my head and demand I specify: Cameroonian.

Cameroonian. One would think that was it, my identity summed up. But I grew to find that it wasn’t as simple as that. On my return home, I found that being Cameroonian was not enough. Like an atom, that identity wasn’t as indivisible as it had been proclaimed.

Within Cameroon, I would have to further delineate my being, defining my personhood based on my parents’ tribe, specifically my father’s, irrespective of his absence from my life. That tribe determined my name, and the name I answer would be enough for people to classify me. A name like Kwachou? Definitely a Bamileke, therefore a Western ‘region of origin’, and thus a Francophone. From this they would assume that I am more likely to belong to a certain political party, to not cook, to be business-savvy, be more flirtatious and a plethora of other accompanying stereotypes.

I would also find that this classification would be deemed insufficient. That by being raised by Northwesterners in the Northwest region, by being socialised as they are, by belonging to a family who has had three generations born, raised and buried in Tiko – a former plantation town on the Anglophone southwest coast – by being unable to communicate adequately in French, and by receiving an Anglo-Saxon education, I would be a glitch in the norm. An anomaly – a Bami-Anglo.

Belonging on the Fence

Looking back, being an anomaly never bothered me much. I found joy in belonging to both sides; I learned empathy and tolerance from having family across various regions and being exposed to different perspectives. I only considered the complexity of my identity when filling out applications required a call to trace the division and sub-division of my parents’ village. Or whenever asked to produce a certificate of non-conviction which requires that I go to a police station in my city of birth, even though I have not lived there since I was five years old. Or when officers at ID card checks address me in French assuming that is my language of choice.

Over the past six months however, as protests in the Anglophone regions further underscored injustice, inequalities between the country’s linguistic groups, the joy of belonging to both sides has been accompanied- and sometimes outweighed- by the discomfort of belonging on the fence, unable to come down because one is not quite welcomed by either side.

When a South African friend wrote to me asking about the actors in the ongoing crisis in Anglophone Cameroon, I found I had to consider and define my identity more intentionally, more determined to be true to the whole of my being.

It was the above conversation, and my use of the words: ‘I identify as’, that forced me to truly review the issue of identity. I wondered if I was wrong to choose my identity as Rachel Dolezal – the white woman infamous for claiming to be transracial – had done. I asked myself if this was an exercise of my privilege as hers was…

But then what other words exist to explain where or how I and many others like myself do not fit among our own people? Rather than say “I identify as” should I have launched into a lengthy explanation of the in-between nature of those of us born to parents whose tribes belong in the Francophone regions but who have been Anglophone-oriented? Should I have explained the concept of being ‘Bami-Anglo’ – a connotation put together to highlight the aberration of being of Bamileke-born and Anglophone–bred?

As an educator do I owe it to everyone who asks to explain that when Britain and France divided Cameroon as spoils of war, they didn’t take tribes and customary similarities into consideration? Do I owe a background narration of how the French launched nothing short of a genocide on my Bamileke ancestors, branding them terrorist ‘Maquisards’ and forcing whole villages to flee to the neighbouring Anglophone Northwest and Southwest regions? To properly identify myself, do I need a foreword?

we will need to learn to identify as Cameroonian first, failure to do so is to continue a legacy of division

To be honest, this lengthy contemplation cannot be fully attributed to my friend’s questions alone. That conversation was the tipping point, built up by regular clashes on and offline whenever I expressed my opinion on Anglophone marginalization or the course and leadership of the protests. Either it would be Anglophones questioning my right to speak on ‘their’ matters or it would be a Francophone suggesting I was in a relationship with an Anglophone man and was being brainwashed, refusing to admit that they were obviously “radical”.

If anything, this experience made it clear that after over 50 years of independence, our identities are still very closely linked to the divides drawn by colonial nations who barely note their history of colonizing us.

This is likely not limited to Cameroon; I have wondered just how many of us across the continent can relate to this feeling of un-belonging within their own country, as though you belong to ‘everybody and nobody’. How often do we feel this way as a legacy of colonial divides, and inter-regional discord all laid in stone way before we were even born? And most importantly how are we to address it? How shall we break this legacy and define a new identity?

For Cameroonians in particular, I believe the first steps are acknowledging the problems, inequalities, injustices and our cultured prejudices, then purposely choosing to recognize ourselves first and foremost as Cameroonians. Kathleen Ndongmo notes in a poignant piece on her own experience that we have no Cameroonian identity, but if we are to grow we’ll need to build one. The failure to do so is to continue a legacy of division which served and still serves to benefit our colonisers and present-day oppressors.

As new generations are born between home and the Diaspora, new identity hybrids are formed: Cameroonian-born Brits, Swedish-Cameroonians, Nigerian-Cameroonians… and lots more. Isn’t it time we review the foundations of our identity?

Release of Leader Re-Awakens Calls for Biafran Secession in Nigeria