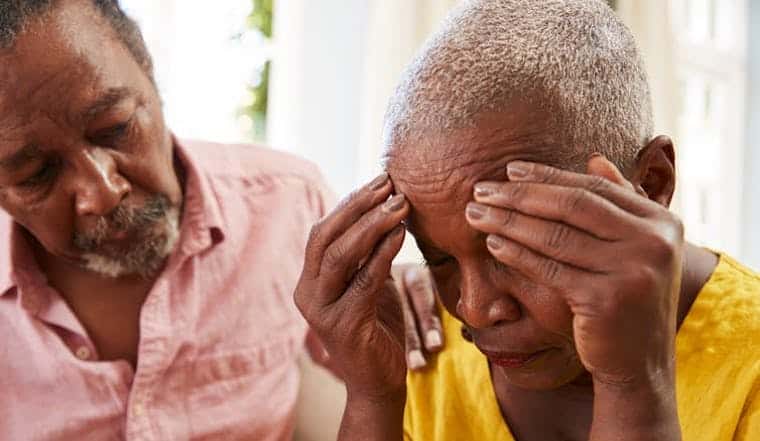 The Indiana University Center for Global Health announced a $1.35 million grant to the Astellas Global Health Foundation and the Academic Model Providing Access to Healthcare (AMPATH) which will be spread over three years. The grant, a partnership between Kenyan and North American academic health centers, is expected to provide 400,000 people in western Kenya with access to mental health programming. According to the World Health Organisation, 75 percent of people affected by depression and anxiety issues in low-income countries do not have access to mental health treatment.

Dr. Edith Kwobah head of mental health at Moi Teaching and Referral Hospital, and the Kenyan medical leader of the initiative said she hoped the grant will make more people access mental health care facilities near them, and reduce the cost of travel over long distances thus improving rates of retention in care. According to research by AMPATH, 45 percent of residents of western Kenya have experienced a mental health disorder but only 1.7 percent had been diagnosed and accessed care. The initiative is being implemented in collaboration with county governments.

In Kenya mental health is most times linked to witchcraft or curses. The lack of awareness and the stigma that is associated with mental illness is one of the issues Dr. Kwobah hopes to tackle stigma associated with mental problems. “One of the strategies of mitigating this is to educate 10,000 people with a focus on community and religious leaders as well as teachers,” she says.

Read: Managing the impact of fighting Covid-19 on the mental health of healthcare workers

While many of the discussions surrounding health in Kenya is focused on infectious diseases and other non-communicable diseases such as cancer, mental health does not receive the focus it deserves mostly due to stigma and lack of knowledge about mental illnesses.

Western Kenya, with a population of 10 million people has less than 10 psychiatrists. This disparity is a cause for alarm, although it is not a situation limited to Kenya alone, but also the whole of Africa. AMPATH and Astellas Global Health Foundation intends to increase access to mental health care and reduce stigma.

Read: Akachi was a remarkable human being: On mental health, how not to react and what universities can do to help

“In the first year, AMPATH will focus on Bungoma East and Turbo sub-counties before scaling throughout both counties in the second and third years to reach 2.5 million people,” said Knight. Some of the outcomes hoped to be achieved over the three years of funding in western Kenya include giving support to persons with alcohol problems who cannot access formal rehabilitation centers due to cost issues. Beneficiaries of the initiative will get support within their communities. Primary health care workers will be trained to identify mental illness to help reduce the complications associated with prolonged duration of untreated illness. The initiative will also raise awareness, educate and sensitise communities about mental health conditions.  Moi Teaching and Referral Hospital which is leading the project will ensure continuity of the initiative after the grant period.

The Astellas Global Health Foundation is primarily committed to supporting initiatives that address access to health barriers, building healthier communities, and providing disaster support for the most underserved, low-income communities in low- and middle-income countries outside of Astellas’ therapeutic areas and geographic footprint.

“Previously, the mental health service was limited to a few HIV clinics and supporting about 400 patients in community-based substance abuse support groups. We are excited to scale the lessons we learned in these settings to help more people,” said Dr. Kwobah who explained that this was the first time AMPATH was dealing with mental issues at such a large scale.

Related Topics:HealthKenyaMental health
Up Next

Côte d’Ivoire and the ‘third-term’ virus