When Africans mourn disasters beyond our borders
Advertisement 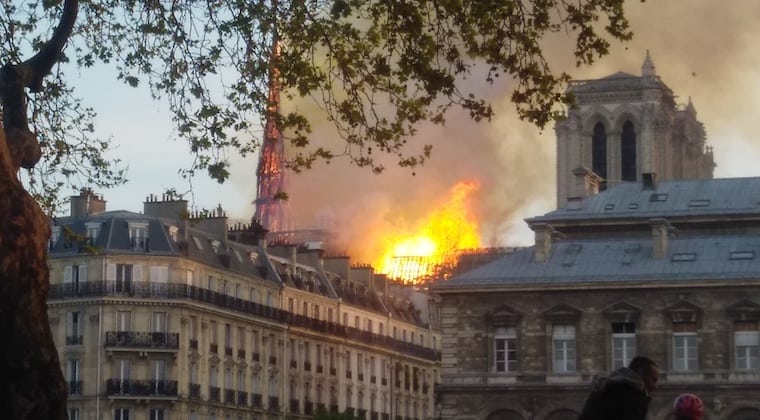 I am always amused to see Africans climb over themselves to declare their sympathy and offer their prayers in the wake of disasters that occur in the West. It is not that empathy is not good; of course it is. A humane response is always needed and right. But when we consider the history of the world, genuine questions are raised regarding the double standards and neo-colonialism that Africans still suffer from.

The Notre Dame fire in France has elicited many expressions of sympathy from Africans, their heads of states and even kings. For example, Ghana’s President Nana Akufo-Addo said on Twitter, “The Ghanaian people and I are shocked by the news of the destruction of the great Parisian cathedral, Notre Dame, one of the most iconic buildings of world civilisation, and extend our heartfelt condolences to President @EmmanuelMacron and to the French people on their great loss.” However, President Akufo-Addo failed to similarly address the deaths of his own people in a recent flood and the hardship that has inflicted on his country. In response to his Notre Dame tweet, Ghanaians have expressed their shock and disappointment in his leadership.

It is a searing irony that the destruction of a building considered an icon of “civilisation” is mourned in this way when much of Africa’s icons and artefacts – in fact, its very “civilization” – was either destroyed or carted off to European museums or elsewhere, where they continue to serve the West’s notions of how civilised and cultured it is.

Read: Why can Africans do more than pray when disaster strikes?

I beg to differ Mr President. Ghanaians are more shocked at your performance thus far.

When it comes to our African leaders, it is as if they suffer from a willful blindness. For me, this fire, besides reminding me of how much of its ancient civilisations and culture Africa lost to colonialism, causes me to recall the destruction that the French inflicted on Guinea when the latter’s President Sékou Touré said no to France’s General De Gaulle and demanded independence. President Touré said, “We prefer liberty in poverty to opulence in slavery.” The French burned down schools, hospitals, even livestock.

King Amon N’Douffou V of Krindjabo, the capital of the Sanwi Kingdom in south-east Ivory Coast, spoke to AFP News in response to the images of the Notre Dame fire, saying, “The pictures disturbed my sleep, because this cathedral represents a strong link between my kingdom [the Sanwi, a French protectorate since July 1843] and France.”

The link he is referring to is when a 15-year-old Sanwi prince, Anabia, was taken to France and baptised in Notre Dame cathedral in 1687. This was done as a “pledge of fidelity” to King Louis XIV, who then changed the prince’s name to “Louis Anabia” and honoured him with the “Order of the Star of Our Lady”. The prince returned to the Ivory Coast in 1701. This does make one wonder if, in more recent history, King Amon N’Douffou also consulted his elders regarding a contribution to his fellow Africans who suffered and continue to suffer from the devastation caused by Cyclone Idai?

Read: Painful past: A guide to the continents dark tourist attractions

This attachment to foreign disasters would not have raised any eyebrows if African leaders were as sympathetic to their own people when they are struck by disaster. It is a hallmark of the absence of critical thinking, a remnant of a colonial mentality and a lack of understanding how important it is that Africans put out their own fires first before turning to those of a neighbour.

While France looks for money to rebuild its cathedral, consider the Great Walls of Benin, in what is now Nigeria. This structure exceeded the length of the Wall of China and is seen as one of the greatest architectural achievements of man. It was completely ravaged by the British, causing greater damage than a fire could. Today, the remnants of that marvel continues to crumble as Africans mourn for a distant icon they can never claim as theirs.