Reasons to hope electoral debates are here to stay 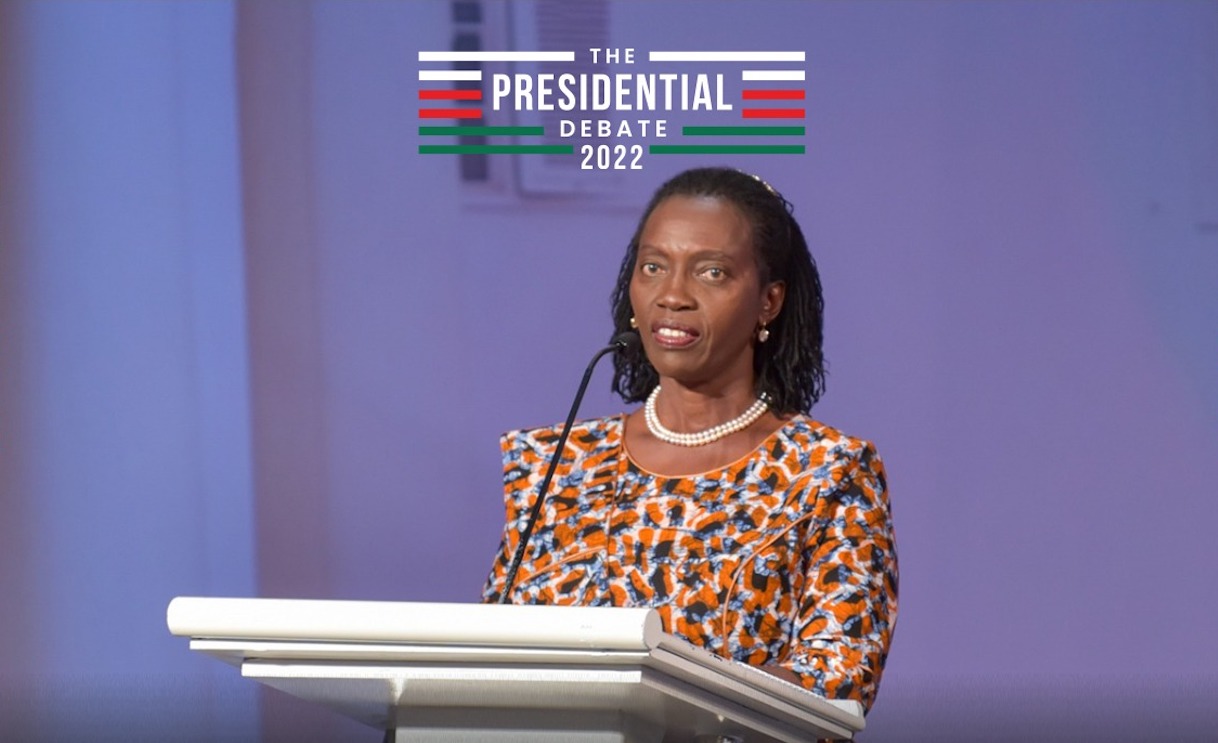 With the national elections beckoning, the anticipation in the air is palpable. The steady countdown into this period has been marked by almost weekly electoral debates at various titular levels.

One memorable debate was the cordial, almost jocular, Nairobi governor’s debate, which was instantly transformed into memes that flooded the inter-webs. Aside from policy exposition, it revealed other interesting things, such as the personalities of the candidates. Polycarp Igathe came across as bookish and amiable. Sakaja, who arrived late for the debate, appeared charismatic and practical.

The governor’s debate proceedings also revealed the need for the organisers, the Presidential Debates Secretariat, to take the behaviour of the audience and contenders more in hand. This appears to have been swiftly incorporated into the event’s running because there was more control during the vice presidential debates. Timers were visible in the debate arena and on screen for viewers. These were automatically paused whenever anyone besides the allotted speaker spoke. As a result, there was increased transparency and less need for the moderators to seemingly abruptly cut off candidates.

These debates cut through the noisy storm of posts and notifications that consume my feed. Candidates were no longer distant figures on whom I could project my political frustrations. They were no longer simply subjects written about in posts of dubious origin. The debates introduced the aspirants as people, relatable in their flaws and strength.

The debates introduced the aspirants as people, relatable in their flaws and strength

For me, this final week before the ballot has been dominated by the silent inner debates that many of my fellow Kenyans might also be having in the privacy of their thoughts. Kenya continues to bravely venture into uncharted territory. On the continent, it is one of three countries to have held presidential debates. Since the inaugural debates held in 2013, Kenya has held debates organised by the Presidential Debates Secretariat during each election cycle. Since that year, they have come a long way. And the 2022 showing was the most organised and dignified.

There have been many hiccups along the way in balancing what can be summarised as problems with setting up the new format in the culture and with managing power dynamics. One criticism from the Journal of East African Studies describes the first debate in 2013 as being organised primarily as a spectacle to promote peace. The previous election in 2007/2008 had been followed by a period of post-election unrest.

Rival politicians publicly exchanging civil words in a civil setting can diffuse tensions between grassroots supporters. It can encourage tolerance and introduce a different format for engagement. These benefits exist and are real but as a mere performance, they would detract from the incisive, analytical and revelatory power of proper debate. Simply staging debates as a show of unity or other political ideals can be used to distract from actual political realities.

Subsequent debates in 2017 and 2022 have not been preoccupied with or tried to project unity. After a chaotic showing in 2017, the Presidential Debates Secretariat found its footing in 2022. In 2017, it was clear that the idea of being questioned on an equal footing with the ordinary person was why presidential debates hadn’t caught on in most of Africa, where leaders are traditionally head and shoulders above the citizenry. But 2022 showed that some politicians have learnt that presidential debates provide a platform where political actors can willingly participate and contest ideas to their advantage. The politicians were more receptive and comfortable with the format.

Debate is a strong pillar of democracy

Debate is a strong pillar that democracy can rest its heavy head on. According to the International Growth Center, parliamentary debates had tangible effects in 2012 in Sierra Leone. The forums influenced voter knowledge, meaning, for example, voters could identify if a candidate was an incumbent or not. It also increased their knowledge of the policy positions that candidates were proposing. As a result, debating contributed to influencing voting behaviours.

Reporting on the same election, Poverty Action Lab found that aspects of personality like charisma and debating ability displayed by candidates during debates also had an influence on voting decisions.

Some have tried to rubbish debates as being elitist, leaving out the uneducated or those who do not understand the two national languages. However, attempts have been made to democratise these events even further by holding regional debates in vernacular languages in order to give mwananchi an alternative way to access politics.

It can be argued that we are still a long way from the ideal implementation of electoral debates, but the country has committed to it

This effort to take debates down to the county level has given rise, during this election cycle, to a controversial working group appointed to oversee vernacular debates. This was gazetted by the ICT and Youth Affairs Cabinet Secretary, Joe Mucheru. The Kenya Editors’ Guild has accused the government of attempting to interfere in a process where the State by law should not be an actor. One can argue that we are still a long way from the ideal implementation of electoral debates, but we as a country seem to have committed to it.

Debates also have a role to play beyond the election cycle. They can help to increase accountability. The media and civic society can represent citizens in holding the leaders who are eventually elected to account. Publicly declared and recorded election promises and policies provide powerful receipts.

Of course, debates are not flawless, even when well established. There are many tactics that politicians have, of course, developed for this format as well. Natural charisma and body language can still be leveraged to bend perceptions. And for those without these soft skills, PR teams and pundits can whisper directions into participants’ ears through the production earphones they have on at the podium. So again, in theory, it can simply become a political performance. But competition can be relied upon to counter this. Astute opponents can pull apart any rhetorical flourishes or any well-trained deflections and reveal them to the audience. In the end, this all pulls us that much closer to transparency and contributes to the growth and maturity of our democracy.

There are some reasons to hope that electoral debates will become entrenched in the political culture of our country. Debate forces the candidates to speak to our minds with ideas and, hopefully, facts. Kenyan politicians mainly deal in emotional and belief manipulation and rarely, if ever, do they appeal to reason. Electoral debates occur in the open and in front of cameras. It allows for misinformation and allegations about opponents to be refuted or backed up.

The Presidential Debates Secretariat has gotten better over the three cycles it has conducted these debates. What this means is improved organisation and rapport with the participating politicians. The candidates themselves appear to have become more cooperative with the process and no longer perceive it as a threat. Some have seen its potential to boost their political mileage.

In the past, low media penetration was a hindrance to a well-informed voter base. Thinking about a future with full Internet penetration, increased education and literacy rates, the old strategy of pitting one group against another will be less viable. There would likely be an audience for this type of political engagement. This could also be true because the video-ready format would be easy to share and distribute to the new generations who are attached to their devices.

More and more Millennials and Gen Zs, who represent over 50% of the population and who are both severely disenfranchised by existing political engagement processes, will be ripe for the picking. These groups demand online face time with their leaders and would want answers from politicians based on the ideals they hold.

It is not a stretch to imagine that the electoral debate will increase in importance in our maturing democracy. And it is not too optimistic to suggest that it might eventually help erode the regressive methods used in politics up till now.

To win the election, Raila Odinga has to conquer the mountain