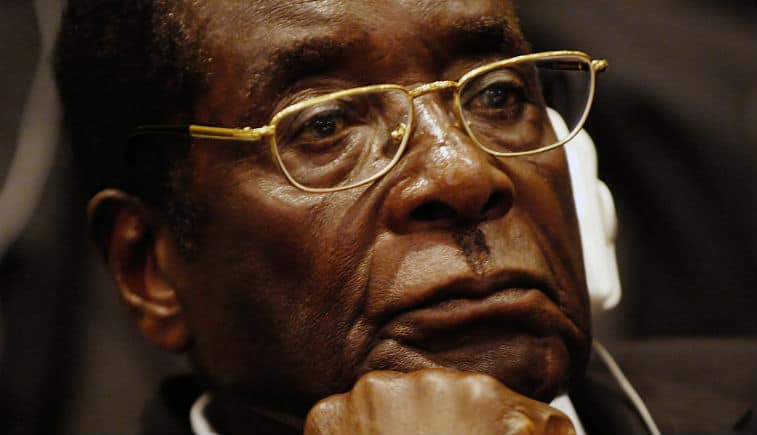 The death of Zimbabwe’s former  President Robert Mugabe (95) has shocked the nation and indeed the continent.

A colossal, brave and charismatic yet decisive figure, Mugabe tirelessly fought for Zimbabwe’s political and economic freedom his entire life.  Revered by many for his anti-colonial stance Mugabe was also despised by many for his controversial policies. He presided over long periods of hyperinflation and poverty and persecuted opposition politicians and homosexuals and was widely regarded as having rigged elections in an effort to hang on to power.

The country and continent mourns the death of a struggle icon and tributes continue to pour in. We remember Mugabe, and share with you a selection of some of his most profound quotes.

1. “Africa must revert to what it was before the imperialists divided it. These are artificial divisions which we, in our pan-African concept, will seek to remove”. – Speech at Salisbury (now Harare), 1962.

2. “The wrongs of the past must now stand forgiven and forgotten. If ever we look to the past, let us do so for the lesson the past has taught us, namely that oppression and racism are inequalities that must never find scope in our political and social system. It could never be a correct justification that just because the whites oppressed us yesterday when they had power, the blacks must oppress them today because they have power. An evil remains an evil whether practised by white against black or black against white”. — Mugabe’s speech after his 1980 victory.

3. “Democracy is… and should remain disciplined rule requiring compliance with the law and social rules. Our independence must thus not be construed as an instrument vesting individuals or groups with the right to harass and intimidate others into acting against their will. It is not the right to negate the freedom of others to think and act, as they desire”. Robert Mugabe, speech made on the eve of Zimbabwe’s Independence on 17 April, 1980.

5. “The courts can do whatever they want, but no judicial decision will stand in our way … My own position is that we should not even be defending our position in the courts. This country is our country and this land is our land … They think because they are white they have a divine right to our resources. Not here. The white man is not indigenous to Africa. Africa is for Africans, Zimbabwe is for Zimbabweans”. — Mugabe on the land seizures, 2000.

6. “The white man is not indigenous to Africa. Africa is for Africans. Zimbabwe is for Zimbabweans”.  Speech to ZANU-PF congress, Harare, 14 December 2000.

7. “Our party must continue to strike fear in the heart of the white man, our real enemy”. – Speech to ZANU-PF congress, Harare, 14 December 2000.

8. “We ask, was he born out of homosexuality? We need continuity in our race, and that comes from the woman, and no to homosexuality. John and John, no; Maria and Maria, no. They are worse than dogs and pigs. I keep pigs and the male pig knows the female one”. – ZDC radio interview, 2015.

9. “Our economy is a hundred times better, than the average African economy. Outside South Africa, what country is [as good as] Zimbabwe? … What is lacking now are goods on the shelves – that is all”. – Interview, 2007

10. “Grooming a successor, is it an inheritance? In a democratic party, you don’t want leaders appointed that way. They have to be appointed properly by the people”. – TV interview, 2016.

Robert Mugabe: as divisive in death as he was in life