Response to “An Open Letter to African Intellectuals” 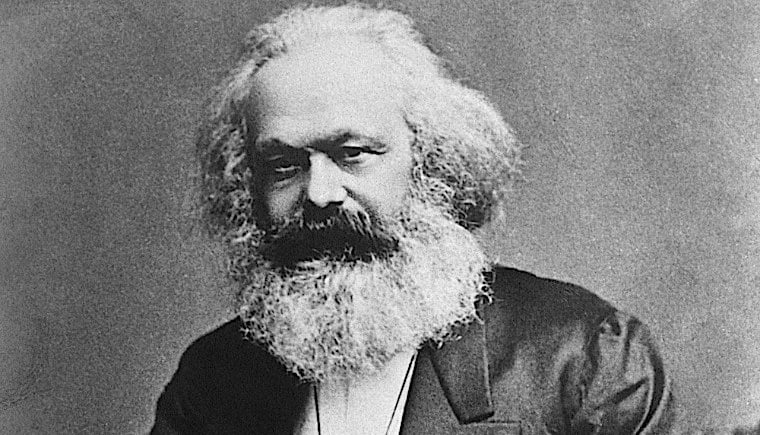 I hope you are well. It’s the utmost conceit that makes me respond to a letter addressed to ‘African Intellectuals’, but you know what they say about the shoe fitting and what not.

Yes, I agree, every society is based on certain philosophies, ideas and systems. I don’t argue that knowledge can exist in a void, separate from the conditions of its genesis; knowledge reflects the cultural context in which it is generated. However, in the intellectual arena, ideas live or die on their strength as ideas. To limit them to one context or another is to vastly undermine their value, and what they can open to us.

I’m the result of a western education system, how many in Africa can claim any different? However, I have sought knowledge in all its forms. How I first discovered it was a coincidence of time and geography, which can only be remedied retroactively. I am currently making major progress on reading the African writers’ series.

An Ndebele saying that has guided me in my search for knowledge goes: ‘eat the grain, and throw away the chaff’. No society has ever been self-sufficient in knowledge or wisdom. You talk of Western thought as if it were one monolithic entity from the get-go, forgetting that much of what we call ‘western thought’ is an amalgamation of ideas from multiple cultural traditions across the world. I need not explain the contributions that the Arabic world made to modern mathematics and science; the influence of Eastern thought on Western perceptions of mind and religion; or how Picasso was influenced by African art. Western knowledge is Western only in that it was curated by the criteria of its relevance and utility for the demands of said society. That is what I argue for ‘African’ knowledge.

It is important that we cultivate the intellectual space within African societies where our ideas can battle it out. Africans have been originators of knowledge long before contact with the west. Our belief systems hold as much information and knowledge as those of the West, or the East, but unless we take part in the global discussion, and allow ourselves to imagine what elements from whatever corner of the world will create a better society for us, we will be a ship at sea without a compass.

We can argue about many things, but there is no denying that there are millions in Africa who could be leading far better lives. Development, both social and economic, is indeed necessary and desirable for African populations. Clichéd as it is—and trust me, this sentiment comes not from a position of self-hate, but rather from a brutally honest and painful self-reflection—the continent does have more than its fair share of ignorance, poverty and disease. Don’t fall too hard for the Africa rising hype—we still have a lot of work to do.

I agree with Mwenda’s quote in your article: the first step is to acknowledge where we have gone wrong, admit where the problems are, so that we can fix them. At the same time, that quote comes from an article throughout which he waxes lyrical about Dubai, that pinnacle of democracy and good governance. He stops a hair’s breadth away from endorsing the governance system there. In fact, I couldn’t help but notice that the previous sentence, the ellipsis in your quote, reads: ‘I am not suggesting that Uganda adopts the governance model of Dubai…’ I would not suggest that Uganda adopts the governance model of Dubai either.

Now, Mwesigire, please read this next part carefully, as the argument I am about to make has been made by other people, though for very different self-serving reasons:

Let’s not go into the details as they can get depressing, but African societies are the result of the imposition of particular modes of existence on a people that previously lived very differently. Comparable changes happened in other societies a lot earlier, and for reasons that were much more organic. They developed organic solutions to the problems that arose with this shift in living mode. Not least of those, they had to learn how to balance the diverse political and social interests brought together in this new way. We did not have that luxury. At some point, as Achebe puts it, the rain began to beat us, and we are still reeling from its effects. I liked the wording by one of the commenters on Mwenda’s piece:

…our society has not evolved “naturally” such that it can continue steadfastly building on the heritage and philosophy of our ancients. There was rupture, a social big bang; what has resulted is a society with its own identity, not African in the traditional sense, not western either.

The Ndebele say, ‘ask the ones ahead of you if they know where the buffalo is’. Translation: those that have walked a path will know where the dangers lie. Trust me, buffalo-like dictatorships and coups- are very dangerous beasts, and those that have walked the path have devised some methods to deal with them. If an idea works for someone else, there might be some merit to it: like they say in Shona, ‘you may never know what made the hog fat’.

At the same time, we shouldn’t be like the imbecile from high school who tries to woo the object of his affection by copying a friend’s letter, just because the same words worked for the friend. He copies the letter word for word, and even forgets to change the signature and the name of the addressee. We can modify the wheel, but we shouldn’t have to re-invent it.

As the new African generation, we’re in a very challenging, yet liberating state—we get to decide how the dust will settle. The role of the African intellectual is to curate the knowledge that is available to us—with the criteria of relevance and utility as the yardstick. For that to happen, we have to take part in the discussion.

Is your beef with the ideas of Socrates, Adam Smith, Hegel, Marx, Kant, Keynes etc.; or is it with the languages in which they are expressed? Or is there no way of decoupling the two, in your opinion? Is the medium the message?

You seem to suggest that Africans should retreat to a ‘purely African’ standpoint, if such a thing exists. I have closely followed the debate between Achebe and Ngugi, and I need not say where I stand. I am just glad you and I can spar; it would be a pity if I had to wait for you to learn Ndebele before I could express my ideas to you. I value the languages that raised me to no end, but the rain already beat us, Brotherman. True progress comes from making an honest assessment of where you stand, and making your decisions based on that, not pining for some idealized position. I am even afraid to ask whether you yourself translated your letter into English.

I am no fan of the intellectual ivory tower; ideas need to be relevant somehow. There is an Ndebele saying that goes, amandla engwenya asemanzini; ‘the crocodile’s strength lies in the water’. (Notice how I make use of the rich oral history of my people, as well as ideas from the horrible ‘West’? Just thought I’d point that out). Indeed, we can be most effective and impactful when we are embedded in our communities, when our ideas reflect their needs. But Intellectualism, by its very nature, demands a level of alienation from the quotidian. It requires a step back, to see the forest and not just the trees, to hear the melody and not just the notes. The masses that supported the Russian revolution never needed to understand the finer points of historic materialism, or Hegel; they knew what they wanted, and Marx had articulated their desire. The intellectual sharpens the idea, and how it is lived in real life is another story altogether—the map is not the journey. Ask Marx what he thinks of what they did to his ideas in Russia.

Art can translate the complex ideas into the language of the every man. Some intellectuals are artists and vice-versa—the ideas that Ngugi used to ‘radicalize rural Kenya’, as you put it, were western generated Marxist ideals. Ngugi made them linguistically and contextually accessible, granted, but they were ‘western’ ideas according to your logic.

I am an African. I love my country and my continent. But I also believe that the intellectual sees beyond the faux divide that you perceive. Ideas are ideas, my brother, and intellectuals pursue them at whatever cost. We should continue participating in the broader, global world of ideas. I have the utmost respect for those of us that are going out there and making our arguments for us, and learning what we can use in our own context.

Thank you for igniting this interesting conversation.

Ps: I have tried very hard to resist responding to your assertions about the enhanced viscosity and density of Negroid poop and its effects on Caucasian-style city pipes. I will hold back my response until my dyspepsia subsides and I have ‘solid’ facts. I have decided to take a hands-on research approach and am currently collecting poop from my Caucasian friends for a comparative analysis with my own, so please ignore any brown stains you may find. The results of my research will be published at the earliest convenience.

Of Uncle Toms and Black-On-Black racism