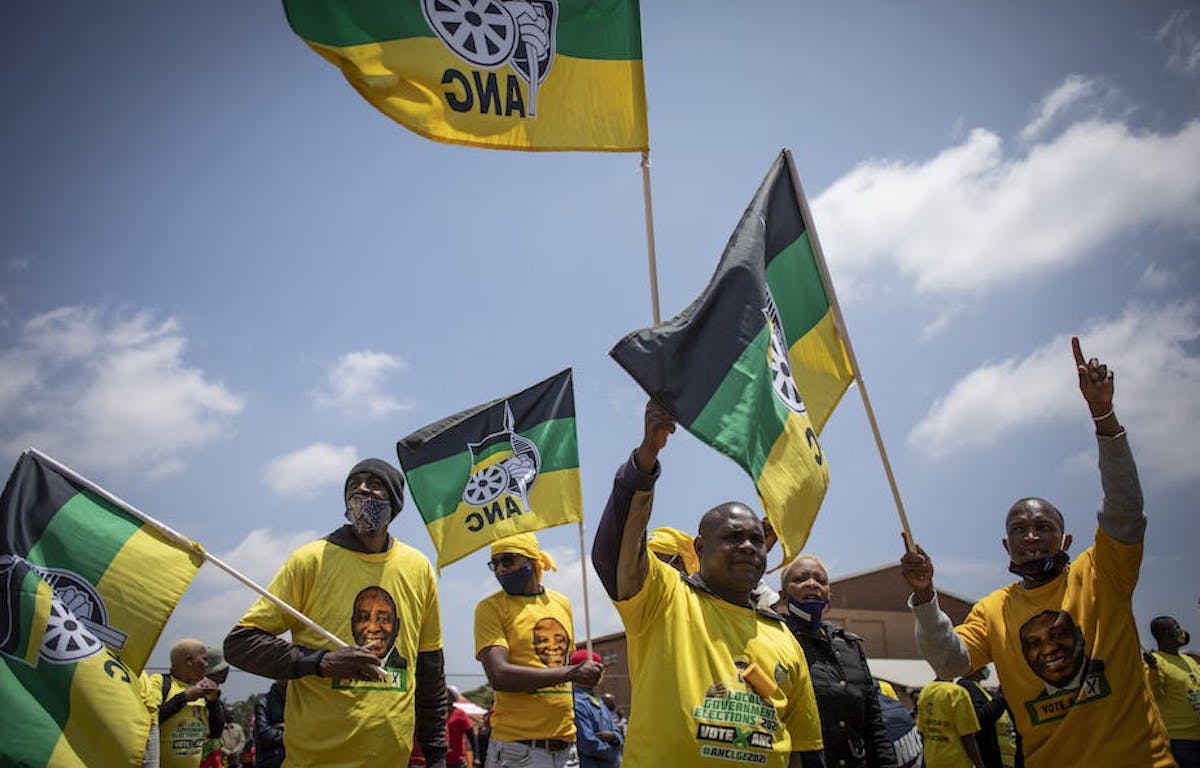 South Africa is in the throes of an unprecedented, multifaceted socio-economic crisis requiring substantive, impactful policy interventions. Yet, having attended the governing African National Congress’s recent five-yearly national policy conference, which was supposed to show how the party intends to steer the country forward, I wonder if it actually appreciates the enormity of the problems facing the nation.

The subdued conference exposed a deficit of new policy thinking, and failed to provide solutions. It certainly did not live up to party leader and national president Cyril Ramaphosa’s declaration in his opening address that the conference would be defining moment for the ANC and the country.

What followed was not a good omen for the governing party, which is seeking reelection in 2024.

This analysis is based on my reviews of two sources. The first was the ANC’s policy documents that had been prepared to anchor deliberations of branches in preparation for the conference and the thematic commissions set up to tackle particular areas of policy. The second was the reports to the plenaries and the media presented by ANC luminaries.

In my view, there were mismatches between the crises facing the nation and proposed solutions. There was a flood of small – or partial – stabs at big problems. A few big ideas came with the proviso that they may be “not affordable”.

The deliberations were characterised by disingenuous, counter-factual policy pronouncements, and de facto denials of the ANC’s culpability in causing many of the current problems facing the country.

Foremost among the small stabs at major policy problems was the country’s high levels of unemployment. Beyond recognition of the problem, and the statement that there was a “sombre spirit” in the meeting of the breakaway commission that discussed the issue, nothing new emerged.

Delegates retreated into existing economic plans and reiterated the much stated view within the governing party that it has good policies – all that’s missing is good implementation.

Over the years, this has become an easy pardon for under-performance.

Absent was any acknowledgement that patronage networks as well as corruption and state capture – the funnelling of public resources for private gain – have become deeply embedded in the party, destroying public trust in it. Conference narratives gave at best timid references to better accountability.

Delegates did condemn high levels of crime and de facto rule by criminal networks, such as those running extortion rackets. But policy proposals on how to deal with the problem were largely absent.

Vague advocacy for better ethics in the party and government was all that was on offer.

But, the prospects of a basic income grant have been dimmed because the state has already used available emergency funds to address unexpected crises such as COVID, flooding in KwaZulu-Natal and Eastern Cape, and destruction of infrastructure during the July 2021 riots.

New funding would depend on rearranging existing social relief and grant budgets, or another wealth tax.

Implementation of the National Health Insurance continues at a pace that’s almost imperceptible. Meanwhile, the country’s public health system is collapsing. The conference did agree to minor new ideas – such as a proposal to increase the number of ambulances. This is hardly the answer to the crisis in the health system.

A government, or a protest movement?

The conference bore testimony to fact that the ANC remains confused about its role. It has governed the country for nearly three decades, but often protests against its own government.

Delegates lamented suffering due to the rising cost of living and unemployment, and condemned the scourge of gender-based violence. Yet, the conference did not assume responsibility for the fact that it has been on the ANC’s watch that these problems have come to characterise South African society.

On the July 2021 unrest, which cost over 350 lives, the conference concluded that it was the work of those ideologically opposed to the ANC’s advances in government. The conference offered no recognition that ANC internal factional politics had wreaked the havoc.

Regarding the dysfunctionality of local governments – most of which are run by the ANC – the proffered solution was the government’s district development model. It envisages the integration of local municipalities at district level, a process that may help bolster capacity and effective use of national funding at the local government level.

Similarly, there were minimalist pronouncements on forging a new electoral system. The relevant commission simply said, without evidence, that delegates had applied their minds to this problem. The stalled reform process, ordered by the Constitutional Court, is supposed to fundamentally change the post-apartheid electoral law to make it fairer by allowing independents to contest provincial and national elections.

There were more unconvincing platitudes about the need to continue protecting the power utility Eskom, to pursue a state-owned bank, nationalise the South African Reserve Bank and promote local production of pharmaceuticals.

The poverty of policy ideas on offer was expected, given the ANC’s existential crisis. It is at its weakest moment ever, as Ramaphosa confessed.

From the 1.6 million unverified members figure party spokesperson Pule Mabe claimed in July, a group of us were told on the sidelines of the conference that the party had only 600,000 members in good standing.

Organisational weakness was also evident in the modest (around 2,000) number of delegates. This is less than half the number who attended previous policy conferences. The ANC had also controlled access. Combined with the party’s funding constraints, the “festival of ideas” turned into quite a subdued affair.

On the organisational unity front, there were minimal outbreaks of factional contest, and disciplinary codes of behaviour helped hold the conference together. This also helped contain the proxy “ideological” battles over the party’s anti-corruption resolution. This requires all those charged with criminal offences to leave their party and government positions.

The policy was contested by some delegates. But they didn’t muster enough support to get it removed.

All in all, the lack of sound policy proposals to address South Africa’s myriad challenges may suggest that the ANC has given up hope of making a difference to people’s lives. This has implications for its electoral prospects.

If people’s hopes of it delivering a better future also dissipates, the party’s decline will be sealed. This will mean that the ANC, while probably remaining the biggest party, will increasingly fail to garner outright majorities and be forced into increasing numbers of unstable coalition governments.

Atiku Abubakar: Nigeria’s perennial presidential candidate is back on the stump

Algeria to introduce instruction in English from primary school