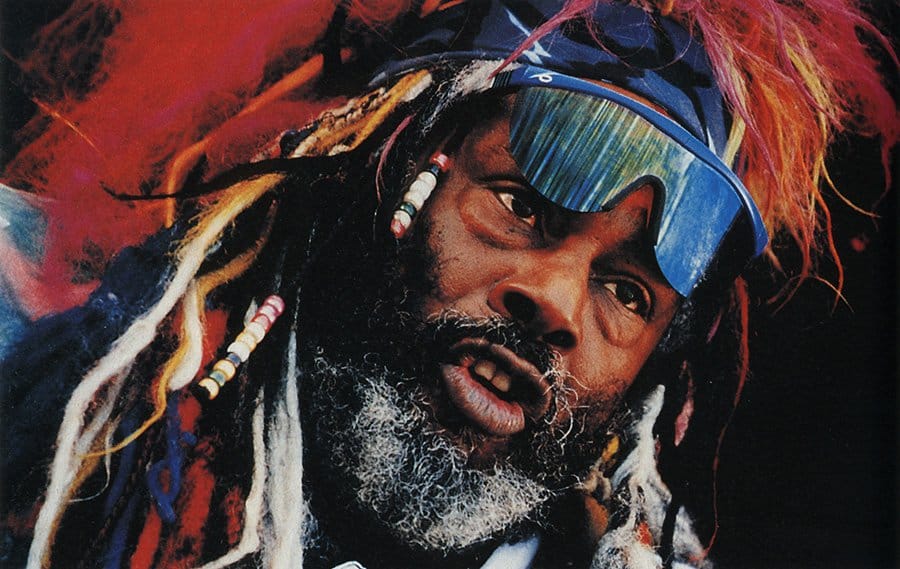 It’s March 31st, 2015 and it’s yet another Art Forum at the Goethe Zentrum Kampala (premises of the Ugandan German Cultural Society). This month, the topic is Afrofuturism and the Afropolis. Moses Serubiri, the critic, writer, poet, violinist, theorist, journalist and many other things is the chair of the panel. Among others, the panel consists of Moses Kilolo, the Managing Editor of Jalada, the collective that just recently published an anthology they titled Afrofutures. Carolin Christgau, the director of the Goethe Zentrum Kampala, who has done some film work on Afrofuturism and some research on the same is also a panelist. There is a decent audience. A polite audience with more visual artists than writers or filmmakers. This is okay, for the panel is chaired by an art critic, and has someone from the literary arts and someone with a film background. I am expectant. This is one of those panel discussions I am comfortable listening to and learning than saying anything. And so I sit and plan to do exactly that.

In welcoming us to the forum, Serubiri says that the panel will explore the meaning of Afrofuturism and Afropolitanism for artists and art based on the continent than the diaspora. I am interested largely in the continent-based approach to making and studying art and do not think Afropolitanism provides any useful lens to studying continent-based art, to reference Yewande Omotoso’s sentiment that her writing can’t be looked at as Afropolitan in any way. The contemporaneous art being made and studied on the continent without necessarily aspiring to be global or deriving its validity from global approval, which really means Western in most cases, is where my interest lies. From Serubiri’s introduction, I can already tell that I will be listening most to Carolin and Kilolo than the third panelist who will be talking about Afropolitanism.

Carolin tells us about the history of Afrofuturism. She says that it is hard to state when Afrofuturism began. We can see it in Sun Ra’s work. But that is not necessarily its beginning point. Afrofuturism includes fantasy, sci-fi and Afrocentric art. She goes deep into Sun Ra’s work, revealing to us that Sun Ra was a jazz musician, and a student of mythology, Egyptology and philosophy and considered himself not of the earth. Afrofuturism has roots in all art forms but heavily in music. We learn of George Clinton’s music which was called Holy Funk and was aimed at leading black Americans back into space because the belief, like Sun Ra’s, was that they were not of the earth. The other example of Afrofuturist work in history is Drexciya and the Black Atlantis whose work spoke to the children thrown into the sea on slave ships. In more contemporary times, Afrofuturistic themes and influences have appeared in Erykah Badu’s music and other black musicians’, Carolin tells us.

Kilolo started his contribution to the discussion by explaining the background to the Jalada Afrofutures anthology that they published early this year. He says that their anthology wanted to explore African science and fiction and Afrofuturism as genres. As a precursor to the anthology, they published an essay by Binyavanga Wainaina about artist Wangechi Mutu. He tells us that Afrofuturism emerged as a response to realism. That writers and artists tired of realist art, were interested in another way to explore their experiences. In preparing the anthology, they worked with Sofia Samatar and Nnedi Okorafor whose work explores Afrofuturism and fantasy. Important about the process was that writers based on the continent used Afrofuturism as a genre to explore their experiences. The challenge, according to Kilolo, is the amount of expectations readers have of genre writers. Despite that, of all Jalada’s anthologies, the Afrofutures issue was the most successful largely because of the involvement of established writers as Binyavanga, Samatar and Okorafor.

On the question of the influence of the West and diaspora on the continental exploration of Afrofuturism, Kilolo was more categorical than Carolin. He said that they can’t say that there is no influence from the West. He told us that one of the ways art works is that you must be influenced. He added that it is not only Jalada that is publishing Afrofuturistic work. He told us of an online magazine in Nigeria called Omenana and Short Story Day Africa that published an anthology titled Terra Incognita and ran a competition of speculative fiction. There are many writers based on the continent that are doing Afrofuturistic work. Jalada received more than 150 submissions for their call-out, he revealed.

Kilolo then talked about his own story in the Jalada Afrofutures anthology. He told us that the premise of the story is a question as to what would happen if the government banned all the artists. Then, he did a short reading. And that led us into a Q & A session. Serubiri asked Carolin if there is an anonymity attached to the idea of afrofuturism. And Carolin replied in the affirmative adding that the idea of masks and self-invented costumes prevalent in the early Afrofuturist music is a way of creating a surrealist identity, living without an identity. To Kilolo, Serubiri asked for a clarification on the expectation of the reader he mentioned as a challenge. Did he mean that readers expect writers to talk about the reality of Africa than go beyond the real, into the imagined? Kilolo explained that he does not think that a writer should write according to how readers and the societies expect them to write. A writer is an artist and has their own artistic interest. When you are writing, the most important person is you, the writer. The interpretations will be different. They will differ. Issues of consumption should be left to others not the writers.

The time for questions from the floor brought what I think was the most important question at the event. Does the future have to be scientific? And where do you place voodoo, African magic in your imagination as you write, because that is a form of imagined Africa, the pregnant question from the floor argued. Someone else from the floor mentioned that Afrofuturism seems to band all African countries and nations into one thing. There are fifty countries here, and you are putting all of them in one thing, this Afrofuturism, how is it important to me as a native of Uganda, from the south of the country, from a particular ethnic group?

The responses to the second question were convoluted. No one on the panel actually responded to the first question. Serubiri started talking about the concept of diaspora and how there is an internal diaspora in the country, meaning Uganda but also on the continent. I was looking forward to exploring pre-existing concepts of Afrofuturism before the influences from the diaspora and the West, to use Kilolo’s word. In Kiga oral history, what do imagined tales sound like? Were there not stories based in the future? As the contributor from the audience was asking, what does the science in the science fiction mean? What does it include and exclude? Is it a result of the European Enlightenment project? Can voodoo fit in that picture of fantasy, sci-fi, and speculative art? I resolved to go and explore more Afrofuturistic writing to prepare a question for the next discussions about the topic. The Goethe Zentrum Kampala’s LABA Festival is themed ‘Back to the Future’ and there will be a panel discussion on Afrofuturism at the Writivism Festival, all holding in Kampala in June 2015.

The Angola-Portugal connection: a relationship of mutual dependency