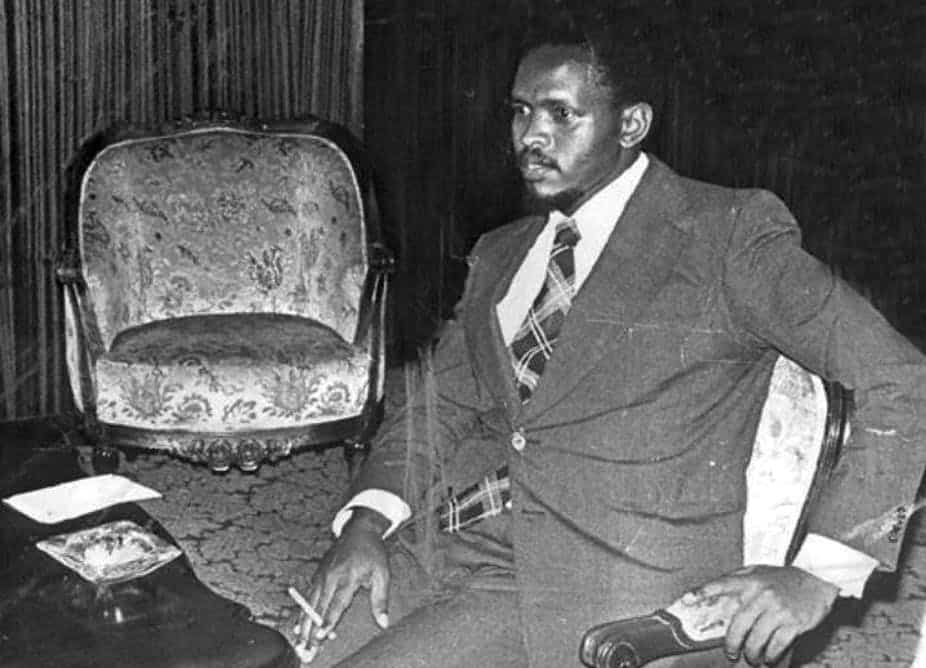 While Nelson Mandela, Oliver Tambo, and Desmond Tutu are rightly venerated for their role in opposing and ending white minority rule in South Africa, another leader of the liberation years has been remarkably overlooked: Bantu Steven Biko, who led the enormously influential Black Consciousness Movement. Four decades after his death in police custody on September 12 1977, he deserves to be recognised as one of the towering heroes of the anti-apartheid struggle.

Black Consciousness re-energised black opposition to apartheid and helped draw the world’s attention to the brutality of South Africa’s white minority rule. It began after the Sharpeville Massacre in 1960, when established liberation movements such as the African National Congress (ANC) and the Pan Africanist Congress (PAC) were banned by the South African government and forced into exile. With the organised opposition apparently moribund, the South African state presided over an economic boom for the white minority and created the conditions for apartheid’s so-called golden age.

In 1969, with overt political activism and leadership largely dormant, Black Consciousness emerged from the South African Students’ Organisation to fill the void. Biko advocated that black liberation would only follow once psychological liberation from the internalised acceptance of racial oppression was achieved, arguing that “the most potent weapon in the hands of the oppressor is the mind of the oppressed”.

At its heart, Black Consciousness demanded pride, self-assertion, and self-confidence. Biko’s idea was that this would in turn stimulate a “revolution of the mind”, allowing oppressed peoples to overcome the racial inferiority and fear propagated by white racism so they could appreciate that they were not just “appendages to the white society”. This relatively simple idea radically changed perceptions of the struggle. It helped instil a new cultural and psychological outlook among the black population, and thereby renewed the challenge to the apartheid system.

Biko turned ideas into a potent new weapon, and the white minority state was slow to appreciate that the spread of ideas could not be contained by physical force alone. As a consequence, Biko was given a banning order in 1973, which confined him to King William’s Town in the Eastern Cape, and prevented him from speaking in public.

In fact, as Nelson Mandela put it, the apartheid state was so fearful of Biko’s influence that “they had to kill him to prolong the life of apartheid”.

In 1977, Biko was killed in police custody after brutal interrogation and torture. Despite a subsequent political cover up, the circumstances of his death were exposed, laying bare the violence of the apartheid state. His death led to greater international pressure against white minority rule, particularly via the global Anti-Apartheid Movement and influential people such as white journalist and activist Donald Woods, whose friendship with Biko was the subject of the 1987 film Cry Freedom.

So why hasn’t Black Consciousness left as deep an institutional footprint as the ANC and its like? Part of the answer is that as a movement, it was relatively weak organisationally.

Beyond its activists’ community projects, Black Consciousness was never an effective or broad-based organisation; with most of its leaders imprisoned or banned by the mid-1970s, it was predominantly an intellectual movement confined to South Africa’s urban areas. As newly politicised South Africans variously joined and formed alternative organisations, it fragmented and began to lose influence. By 1977, it was deemed illegal under the Internal Security Act, and Biko’s murder robbed it of its intellectual and political leader.

But the movement was long outlived by its ideology. Ideas are very difficult to extinguish, and they don’t necessarily need an institutional home to flourish. The “revolutionary consciousness” Biko called for enabled people to appreciate their subjugation, and to take action. It inspired the children of Soweto to protest against the imposition of Afrikaans in schools in 1976, resulting in an uprising that caught the world’s attention and put the regime under more pressure than ever.

In fact, Black Consciousness was a more powerful catalyst than the established liberation movements. It “freed” minds, revived and mobilised political opposition, and re-energised the declining ANC as militant young activists joined the exiled armed struggle.

Yet since the end of apartheid in 1994, the governing ANC has worked hard to monopolise the history of liberation. A plethora of groups including Black Consciousness, the United Democratic Front, the PAC, and student organisations were all involved in the anti-apartheid struggle, yet the ANC has worked to disregard the efforts of alternative actors. To fully recognise the power and influence of Biko’s ideas would disrupt the ANC’s preferred version of history.

So even though Biko became a martyr for the anti-apartheid struggle in his day, he is too often left out of the story. The same goes for other figures who helped topple the system, especially those who worked outside the ANC. It’s long past time to properly celebrate these other elements of the struggle – of whom Steve Biko was surely among the strongest.

Cartoon: Why do some African leaders cling to power?