Will President Zuma see out his second term? 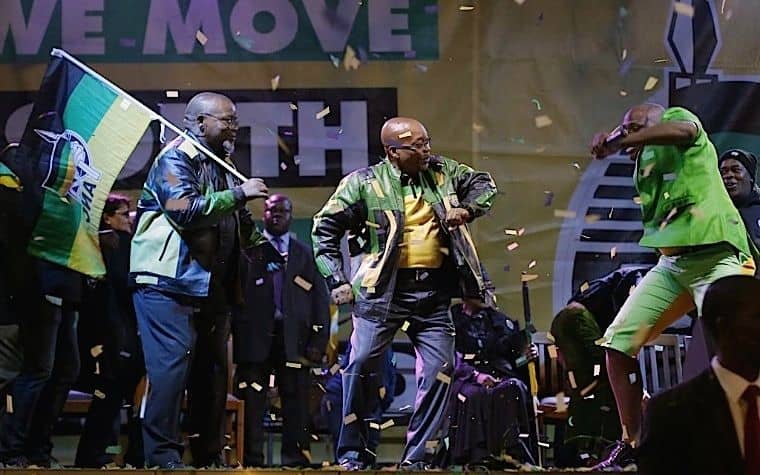 Despite the self-congratulatory speeches and claims to have kept the eternal faith of the people, after a good look in the mirror, the ANC cannot possibly be overjoyed by the 2014 election tally. Perhaps, standing naked on the scale, the result is better than what they expected.

But the facts speak for themselves. There were over 1.2 million more eligible voters this time and 725,000 more people cast ballots than in 2009, yet the ANC received in total 214 000 less votes than it did in the last election. As a percentage of eligible voters, electoral support for the ANC has dropped from 53% in 1994 to 36%.

In the Western Cape, where the ANC’s deeply complacent electoral strategy has been to sit back and do very little, believing that massive black urbanisation from the Eastern Cape and the rural areas will shift the demographic to such an extent it will win regardless of any other considerations, tellingly support did not materialise. The ANC barely managed to keep traction getting 0.01% less than last election. In Gauteng too, it received 466,000 less votes.

A decline was inevitable as the party moved from liberation movement to just another party in a messy multiparty democracy. But the decline seems precipitous since Jacob Zuma took the reins.

What is to be done with Zuma?
Zuma’s entry into the presidency not only threatened a constitutional crisis on the country, but it polarised the ANC, actually splitting the party and leading to the formation of Cope. Even as he has effectively purged internal enemies and started eliminating his external opponents, the polarisation has only grown worse.

Between the two of them, Zuma and Julius Malema destroyed the ANC Youth League while doing nothing to attract the “born free” generation to the ANC; the unions have become hostile or at best insincere in their support; Malema’s EFF (another split caused by Zuma) syphoned off a significant number of voters; almost unthinkably, the grassroots social movement Abahlali baseMjondolo voted for the official opposition; and a group of old ANC stalwarts came out in support of spoilt ballots after Zuma’s Nkandla scandal.

In 2009, Zuma could with some justification boast that it was he would had kept in the fold many among the masses disillusioned by Mbeki. His trump card was that he had delivered KZN, then the most populous province, bringing enough voters to compensate for all the losses across the country. There was never any question that the ANC would risk going into the 2014 election without their greatest single asset and their biggest liability – one Jacob Zuma.

As a lame duck, rudderless president, what is to be done with him now?

Those in the ANC who care deeply about their people, know full well they desperately need to get to grips with corruption, and their leader has little credibility on that score. Guilt aside, following a string of scandals, Nkandla has exposed a system failing because of his personal demands and his leadership message. The evidence is strong enough that Zuma himself won’t go lightly, not without some form of amnesty.

The cabinet, treasury, the reserve bank, the diplomatic sector and anyone hoping to build a secure future in the country all know government urgently needs to restore a confident image of South Africa in the eyes of the world. But Zuma, booed at Mandela’s memorial service broadcast across the globe, seems hardly respectable these days outside of Africa and Putin’s Kremlin.

Many within the ANC want to urge a change of president. Zuma in the driver’s seat is a bit like being a passenger trapped in a taxi with a driver who doesn’t know how to overtake, by bouts stuck interminably behind slow vehicles or threatened with head on collisions. The party’s credibility is at stake, and the election results reflect that. Rumours abound; some hope Zuma will be retired midterm for “health” reasons to save the party another “recall” embarrassment.

The naked emperor
Cartoonist Zapiro has invoked Hans Christian Andersen’s The Emperor’s New Clothes
since 2006, in 2010 and in 2012, as have such luminaries as Njabulo Ndebele, and even Zuma’s playboy former supporter, millionaire Kenny Kunene in 2013 – “Mr President, I don’t want to be one of those who tell you in fear that you have clothes on, when it’s obvious you are completely exposed.”

It has become a media trope, with commentators positioning themselves or the Public Protector as the little boy who is the only one naïve enough to point out that the emperor is naked. Andersen’s fairy tale says more too; it is a story of corruption, of a public swindled through the vanity of the leader, the treasury emptied to pay the con artist weavers who have no cloth to sell, and of how truth is distorted by a culture of fear and surveillance (and we should add the Secrecy Bill).

Andersen’s published ending since 1837 has the emperor realising his folly but having to continue with the procession regardless, followed by his noblemen holding up the train of imaginary robes. That accurately describes our present situation and many in cabinet.

But this ending was actually added at the printers. In Andersen’s original, there is no little boy and the crowd all admire the invisible robes. We have such crowds too, though diminishing fast, who still insist on the infallibility of Zuma despite the evidence of their own eyes.

There is also a third ending, found in rediscovered translation notes. Andersen originally intended that when the little child speaks up, the crowd turns against him. They beat the child with their walking sticks and throw mud at him (or poo in the case of the Western Cape ANC) for “trying to spoil the procession”. Lest we forget, before Blade Nzimande took over the role of leader of the mob, such a crowd was exemplified by Julius Malema, who now claims hindsight gives him the power to see that the emperor had no clothes after all.

The ANC has the power to choose the ending South Africans get. Are they going to continue to beat the little boy for telling the truth, carry on blindly admiring the invisibles clothes, or go on with the procession holding the train up high while lining their pockets?

Or will the ANC, as it has done before, write a new ending to the fairy tale? In this magical realist ending, the little boy speaks up, the emperor listens, asks for clemency, and in a blaze of transparency, disappears like his clothes. The time for the ANC to act is now.