James Joyce played us into a looped reading of his unreadable last novel by starting mid-sentence and ending with a comma. Andrew Chatora’s grammarian precision and endless dishing of relationship drama could not be further away from Joycean obscurantism. But the ending of his novella takes us right back to the introduction: “I have capacity. How else have I managed to keep my thoughts consistently in my secret diary, and yet the powers that be here continue to misrepresent my persona…” We first encounter this self-affirming opening statement seemingly out of place as Chatora forays into his fascinating story as an immigrant English teacher in England. We reread the introduction with new eyes when we notice, towards the end of the book, that Chatora was writing from a mental asylum all along. This device is crucial for a layered story that must not only stand at attention to the white gaze but also pick apart alienation to a point where England becomes the madhouse.

Diaspora Dreams follows the main character, Kundai, through England as he goes through career transitions and failed relationships that ultimately cost him his sanity. Kundai is a sincere, if not hypersensitive, narrator who feels like a departure from the madcap personae and self-mystifying diction favored by diaspora novelists. The build-up of the story is dragged down by journalistic cliche as the narrator got it coming for “bloodthirsty occultists with an unbridled sense of entitlement to pillaging Zimbabwe’s resources ad infinitum” and the political games that prop up “the same old, the clueless dinosaur establishment.” Close thematic counterparts of the novella, say Alain Mabanckou’s Black Bazaar, which shares its themes: racism, cuckoldry and diaspora alienation, would have typically hidden the narrator behind exaggerated self-mockery and black humor, but we emotionally locate Chatora’s protagonist from the start. 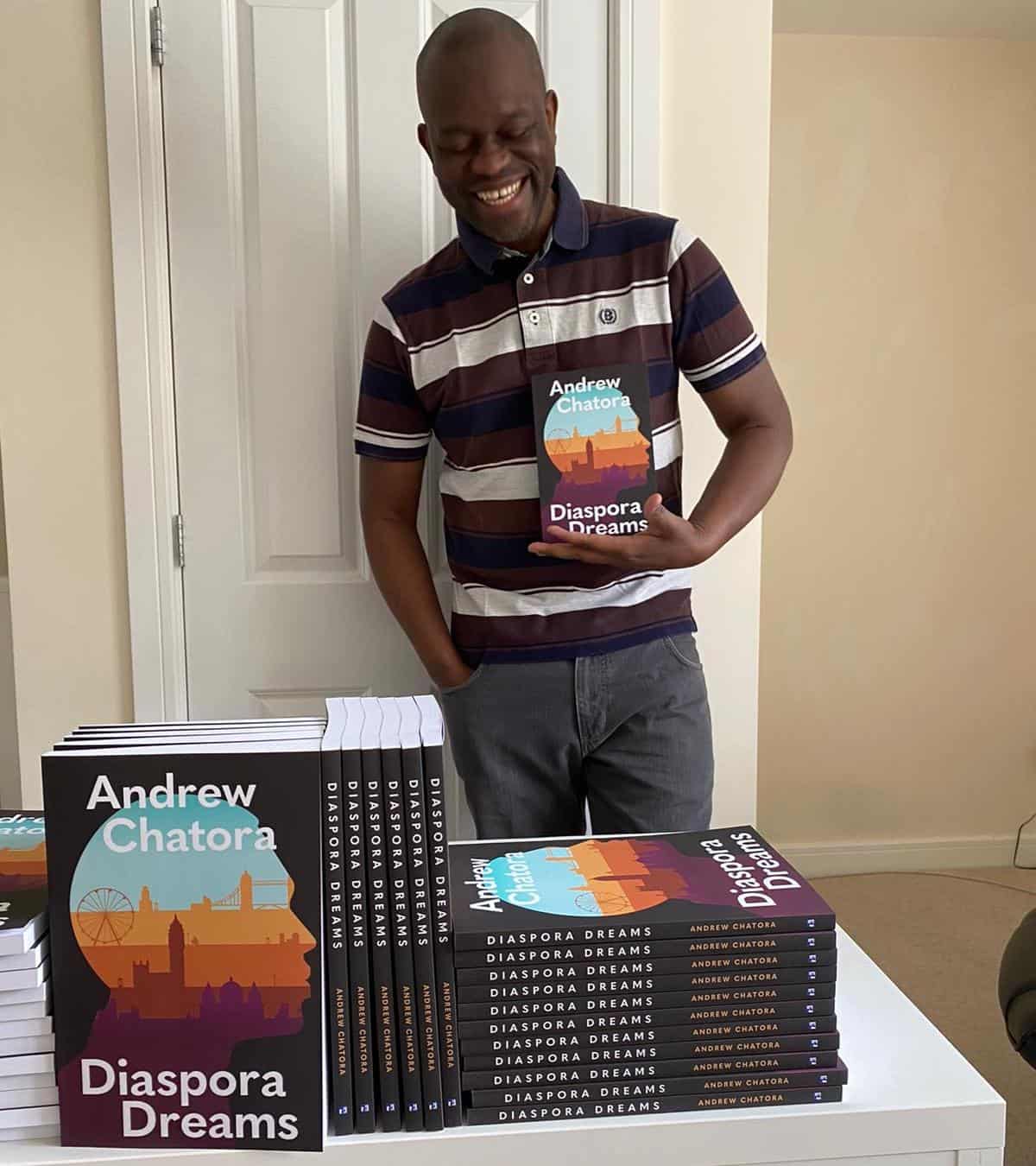 Kundai is always looking over his shoulder to defend his abilities from fellow teachers, students and parents. His department head and the white kids’ parents cannot make peace with the fact of “a non-white teaching their children English,” not to speak of his “heavy Zimbabwean accent.” “I don’t know whether I was initially naïve, or I chose not to see it, or perhaps my awareness grew as the scales increasingly fell from my eyes, but I found myself having to increasingly prove to my new colleagues I was worthy to be called an English teacher…” The head of the English department “was exceedingly pedantic and believed in needless micromanagement where she would patronise and subject me to humiliating microscopic gaze of my practice as if I was a novice in teaching.”

Writer and literary critic Memory Chirere loves where Chatora is going with all this. “This could be the first manuscript about what it means to teach English to English pupils when you are actually from a former colony! We grew up listening to narratives about how awkward it is for a white man or woman to teach in an African school. Here you give us new insights. You have said things that are yet to be said through literature. Another first!” The first “first” got to be Chatora’s courage to write with one foot in a feminist gulag, putting his women on blast in this high tide of political enlightenment. Kundai never seems to get it right with love life. His first wife, Kay, and her mother go from materialist to vindictive; his white girlfriend, Zet, cheats him with his brother; and his last wife, Jacinda, sends him down with her secrets, manipulative moves and social-media drama.

For all his moralistic self-writing – we know Kundai’s standing with the Black Lives Matter Movement, the overly correct scruples of his white girlfriend, his insistence on being socially and professionally “enough,” and just how many effs he gives for judicious employment practices – he seems rather chilled about the bad rap he picks up from his romantic fallouts. He has a broad back for the criticisms he rightly and wrongly gets, from his own infidelity to being framed on social media. Is this a masculine refusal to be vulnerable or an attempt to desexualise the libertine aspects of the novella?

This is a powerful contribution to emerge from a debut novelist, and Chatora may just as well have fired a robust salvo signaling the advent of a fresh voice in African Literature.

“I will always maintain our (immigrant) stories should never be forgotten, the heroism, the desperate struggles that many of our people have had to endure in their adopted homes the world over should forever be kept green in the memory of posterity, and this is the remit Diaspora Dreams seeks to achieve,” Chatora says in his Foreword. The judgements, confessions and silences of this debut novella build a layered consciousness necessary for telling these stories. This is a powerful contribution to emerge from a debut novelist, and Chatora may just as well have fired a robust salvo signaling the advent of a fresh voice in African Literature.

Diaspora Dreams is now available from Kharis Publishing and on Amazon to order both as eKindle and paperback format.