A four-seater plane, built and piloted by teen students is on a Cape-to-Cairo flight
Advertisement 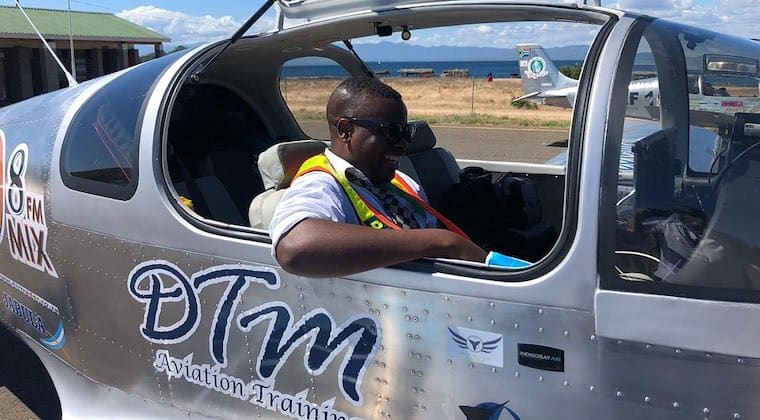 Within three weeks in June 2018, under the guidance and supervision of the Airplane Factory, a group of U-Dream mentors, five team leaders from Denel Aviation and 20 inexperienced teenagers from diverse backgrounds across South Africa built a Sling 4 aircraft.

Des Werner, who is a commercial pilot and Megan’s father, told the BBC it would normally take 3 000 man hours to assemble a Sling 4. “If you divide it by 20 kids working under supervision, then you can do it in three weeks. The engine and avionics were fitted by specialists, but the building was all done by the kids,” he said.

Now several of these teens will co-pilot the light aircraft across the continent from Cape Town to Cairo and back, over a period of six weeks. The plane, which has a six-and-a-half hour flying range, will make stop-overs in nine countries as a way to also inspire the youth in those countries and highlight the viability of the aviation industry for younger generations.

Already they have successfully completed their first trip to the southern coastal town of Lüderitz in Namibia, about 1 128km away from their lift-off location. After Lüderitz, their next stop will be Windhoek, Victoria Falls, Likoma, Zanzibar, Arusha, Nairobi, Lalibela, Asmara, Aswan and then Cairo, in that order. On the return journey the flight plan will change to include stops in Uganda, Rwanda, Zambia and Botswana.

“Looking at the plane, I am so proud of myself. I can’t believe what we’ve done. I feel like this is my baby. I cherish her,” Agnes Keamogetswe Seemela, a 15-year-old from Munsiville in Gauteng province, told the BBC. “I was involved in putting together the centre fuselage, as well as the horizontal and vertical stabilisers. I also helped a bit with the wings.”

She added, “At first, people in my community were shocked – they didn’t believe me when I told them I helped build a plane which we will be flying from Cape Town to Cairo. But now they’re actually very proud of me.”

U-Dream Global’s Megan Werner is one of six who obtained a pilot’s licence to share flying duties on their self-assembled silver aircraft.

“Getting a pilot’s licence is equivalent to completing a degree – doing so when I had to study for my mid-year school exams wasn’t easy,” said Megan, who at the time had her school-leaving exams in October to revise for, alongside her flight preparations, reports the BBC.

“It’s just awesome to see how inspired people are by what we’ve done,” added Megan. “It gave me goosebumps.”

The teens will not go on their trip unaccompanied: A support Sling 4 plane flown by professional pilots will escort them on the entire trip.

Football fever: AFCON 2019 is under way!