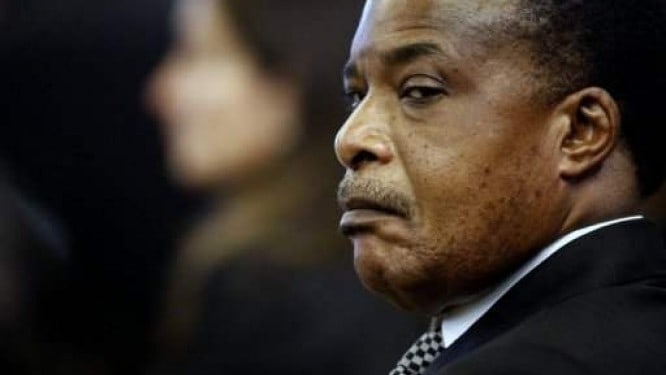 This despite their countries having constitutions that limit them to at most two terms in power.

And one of them have already served more than two terms. Sassou Nguesso has already been in power for over thirty years. This makes Kagame’s 16 years in power appear like childsplay or Nkurunzinza’s 10  even much more ligthweight.  with

Kagame has probably been the most astute about seeking prolongation of his tenure. He has asked his country’s  parliament to approve a referendum on this third term bid  while keeping the international community at bay with the narrative of his successful economic administration of his country.

His counterpart in Burundi has had a much more torrid time of it, including an attempted coup d’état that left hundreds dead and the condemnation of the African Union.

Sassou Ngueso is beginning his own third term bid and has reportedly fired two cabinet ministers that oppose such a move.

The common trait in all three is how they seek to utilize some form of due process predicated on the fact that it is their people/citizens that must decide on these extensions to their stay in power.

This process initially takes the form of a new ‘democratic’ constitution being promulgated oftentimes during their first unlimited term. Then with growing confidence toward the end of a final second term in office, they invoke demonstrations of popular support for their intentions (referendums) or approach the judiciary in order to demonstrate that their intentions have been subjected to the scrutiny of an assumed independent legal process.

All this while retaining control of their ruling parties and ensuring a purging of their immediate rivals. This all makes for hardwork to get this increasingly coveted third term in office.

It also baffled President Obama of the United States of America who while addressing the African Union  on his recent visit to the continent said he couldn’t understand the preoccupation with power by some African leaders who refuse to step down at the end of their terms in office.  And in this he cited only Nkurunziza though I am sure he knew that his governments ally in the Great Lakes Region, Kagame, was planning the same.

Another key US ally, long duree ruler of Uganda, Yoweri Museveni, also did so in 2006 with limited international outcry. This year, he has also released a rap song in support of yet another term in office by the time his country holds its presidential election in 2016.

Invariably we now have a new third term template that has had different reactions from other African governments.

Their functional principle appears to be that of respecting ‘sovereignty’ particularly where ‘due legal process’ is followed. And South African President Jacob Zuma made mention of this in his last question time session in his country’s Parliament.  In his response to questions around African solutions to African problems, he said his government could not challenge a leader who has gone to a referendum to ask his people if he should get a third term in office and then gets the permission by a majority.

But perhaps it is the reasons why these leaders are keen on retaining office that are more worrying.  And the key one is a sense of entitlement to power.  Either by way of having been one of those leaders that led a war or liberation struggle and therefore having quasi messianic tendencies where and when it comes to politics.

Or in some cases, simply wanting to enjoy the trappings of power and the wealth it brings especially if ones country is rich in mineral resources or as in the case of Uganda, which recently discovered oil.

Also significant is the fact that global superpowers and international corporations are generally friendly toward ‘strongmen’ leaders who remain their key allies in international relations.  Where these strongmen fall out of favour, the double standards quickly step in with calls for ‘democratisation’ reaching selective strident levels.

But perhaps the biggest problem around Africa’s growing third term template is that it does not begin at state level. It always starts at political parties and their inherent lack of internal democratic processes including a lack of term limits for party leaders.  Whether the parties claim revolutionary credentials or are long standing ones, it is this lack of internal democracy that finds its way in ugly fashion  to state office.