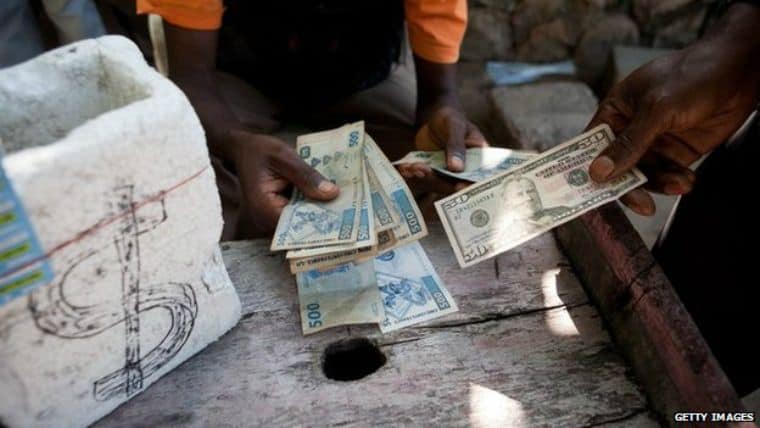 While there are undoubtedly unofficial channels for sending money home, if Africans working outwith the continent are to send money home to family members the legal way, they get stung by almost double the average global money transfer fees.

What’s more, remittances within Africa tend to be eroded even more – for example, migrant workers from Mozambique sending cash home to South Africa or Ghanaians sending money home from Nigeria typically face charges of over 20 per cent of the wired amount. These costs, although they may be partly the result of outward capital controls enforced by African governments, are effectively another way of enforcing arbitrary geographical divisions within Africa and preventing the pan-African economy from thriving.

Why have Africans in particular been so harshly penalised by these fees? One explanation is that because many people don’t have bank accounts, money transfer companies are often the only legit option despite the deep cut that they take. What’s more, these companies are often allowed to enforce exclusivity agreements – meaning that African banks and agents that use either Western Union or Moneygram are not allowed to use any other operators, keeping the market stitched up tight.

The offices of Western Union in Monrovia, where many Liberians collect money transfers from relatives and friends. Photograph: Pewee Flomoku/AP

These absurdly high remittance fees are in the news right now because the Overseas Development Institute (ODI) has published a report highlighting the problem and pointing out that the loss of money in fees costs the African continent US$1.8 billion a year, which it says is “enough money to pay for the primary school education of 14 million children in the region”.

“There is no justification for the high charges incurred by African migrants. In an age of mobile banking, internet transfers and rapid technological innovation, no region should be paying charges at the levels reported for Africa,” the report says.

Previously the World Bank also spotlighted the issue, stating in a briefing earlier this month: “The average cost of remittances to sub-Saharan Africa has remained stubbornly high at around 12 per cent.”

Norman Chipakupaku, who organised an Africa-UK Scotland conference last month on remittances and fees, said that it discussed the fact that Africans in the diaspora were being charged an average of 12 per cent to transfer money compared to Latin America, at 4.4 per cent and Asia, at 6 per cent.

He said that the African diaspora in Scotland would keep working with partners and the African Union to put pressure on money transfer operators and African governments.

In countries such as Nigeria and Mali, remittances are more than 20 per cent of total imports. Nigeria, which was actually the fifth-highest recipient of remittances in the world in 2013, has been looking into the idea of diaspora bonds – the idea that diasporans invest in the development of their mother country. Whether diasporans feel that the development of their home countries is best done through lending funds to their governments, or whether they will prefer to stick to sending money to their community at a more local level is another question. But either way, the more money reaches Nigeria rather than money transfer operators, the better.

Transparency is also a major issue – few remittance senders have any idea of the charges that they pay through foreign currency conversion, and the ODI report is asking for full publication of these charges. This at least is already happening in the United States, where Moneygram (Texas, home of the Bush family) and Western Union (Colorado) are based, under new legislation.

ODI is also calling on African governments to revoke the exclusivity arrangements that bind banks and agents to individual money transfer operators, to allow more competition and allow new entrants into the market, potentially including homegrown African companies. This comes at the same time that Africa’s largest remittances service provider, Somali company Dahabshiil, has won a victory against UK bank Barclays, which was trying to shut down its 15-year-old accounts without time for it to make alternative arrangements.

Critics also say that the insistence of African governments that remittances should be made through high cost banks, where most Africans do not have accounts, is something that should change, suggesting instead microfinance institutions, which a much higher percentage of the population uses.

As one Zanzibari-Canadian family says: “We feel like there’s no other choice but to pay. How else do you send money? A bank wire takes forever compared to a money transfer company… and the people [we’re] sending money to don’t have bank accounts anyway. It’s frustrating to see special deals advertised for sending money to the Philippines or parts of Asia but never to Africa.”

Certainly, it seems crazy when many parts of Africa are leapfrogging Europe and America in the increasingly diverse and sophisticated use of mobile money, that Africans abroad are reduced to such basic, rip-off methods of getting funds back to their home countries.