As a way of understanding and addressing the enduring legacy of slavery within Harvard University, the institution set up a presidential initiative. The initiative’s first phase which began in December 2019 and concluded in April 2022 brought forth a report on Harvard and the Legacy of Slavery.

Chaired by African American Dean Tomiko Brown-Nagin, who is also the Daniel P.S. Paul Professor of Constitutional Law at Harvard Law School and a professor of history in Harvard’s Faculty of Arts and Sciences, the report’s research provides a strong foundation for the process of repairing, “the persistent educational and social harms that human bondage caused to descendants, to the campus community, and to surrounding cities, the Commonwealth, and the nation.”

The committee’s recommendations are:

The committee stressed that the recommendations although voluntary rather than a legal obligation, didn’t dimmish the institution’s moral obligation.

Harvard and the Legacy of Slavery

Harvard University was founded in 1963 and is the oldest institution of higher education in the United States and one of the most prestigious universities in the world. From the beginning until the Massachusetts Supreme Judicial Court found slavery unlawful, the institution’s leadership, faculty and staff enslaved over 70 individuals on campus. Their labour maintained the Harvard campus and sustained Harvard students.

Although slavery ended ‘officially’ in Massachusetts (where Harvard is situated) in 1783, the University and its donors gained immeasurable financial benefits from its ties to slavery. For approximately 100 years, Harvard has operated as a lender, and a large part of its income included loans to Caribbean sugar planters, rum distillers, and plantation suppliers. It later invested in cotton manufacturing, real estate, and railroad stocks which were all dependent on slave labour and land seizure. 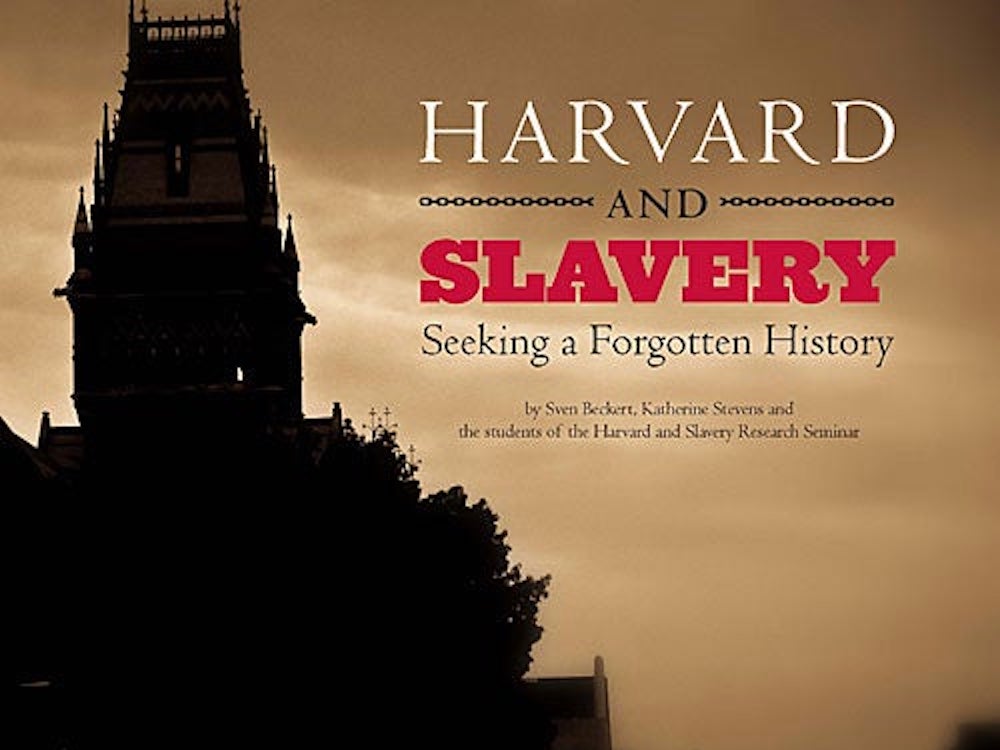 They also received enormous gifts and donations from benefactors who accumulated their wealth from slave trading and slave labour.

In the first half of the 19th century, over a third of money donated or promised to Harvard was by five private individuals who all made their fortunes from slavery and or slave-produced commodities.

Even after the constitution bestowed emancipation nationwide, “Legacies of slavery such as exclusion, segregation, and discrimination against Blacks in employment, voting, housing, healthcare, public accommodations, criminal punishment, and education, among other areas, persisted well into the 20th century.⁠”

As the country evolved and changed, Harvard sustained an unwillingness to champion the welfare of African Americans, instead of striving for notoriety and upheld the concept of racial differences. The latter was likely why the institution became a central part of scientific theories and practices rooted in racial hierarchy, racial exclusion, and discrimination. “Race science”, which highlighted racial differenced and emphasised the superiority of white people, went on to validate racist views across generations of scientists, medical researchers, and political leaders.

Harvard even amassed human anatomical specimens of enslaved people to further promote race science. These racialised gory collections would go on to be staples in other American institutions as well.

White fuelled opposition to desegregated schools, barred equal access to education, and resulted in racially divided, under-resourced, and inferior schools for African Americans. By allowing these racial attitudes to prevail and the relegation of African Americans to Historically Black Colleges and Universities (HBCUs), Harvard and other predominately white universities hindered African American advancement. The two main avenues of racial and religious discrimination at the University were admissions and housing.

Why would a reparation fund from a top University matter now?

Recently Americans have been debating whether to incorporate a controversial subject into their school curriculum. “Critical race theory” (CRT) a field over 40 years old, would help school-going children and teenagers understand how American racism has shaped public policy and racially biased systems. At its core, it argues that race is a social construct and that racism is not an individual bias or prejudice but an embedded bias in legal systems and policies.

CRT also links to other intellectual areas including humanities, social sciences, and education, some of which have studies that detail its influence on political power, social organisation, and language.

There is no doubt that infusions of slavery-tainted money put the School on the path to becoming the institution that we know today: one of the premier universities in the world

The proposal to include this field of study comes when public awareness and acknowledgment of the legacy of slavery is at its highest.

Whether or not CRT becomes a subject in American schools, the current mass interrogation of persistent racial inequalities could catalyse change.

“We cannot dismantle what we do not understand, and we cannot understand the contemporary injustice we face unless we reckon honestly with our history,” stated Dean Tomiko Brown-Nagin.

Schools and institutions of higher education have been the stage of the tenacious intellectual debates that inform concepts of race, and maybe now they can be the centre of the efforts to rectify the sins of the past.