Obituary: Alex Magaisa was an exception to our public discourse’s toxic rules
Advertisement 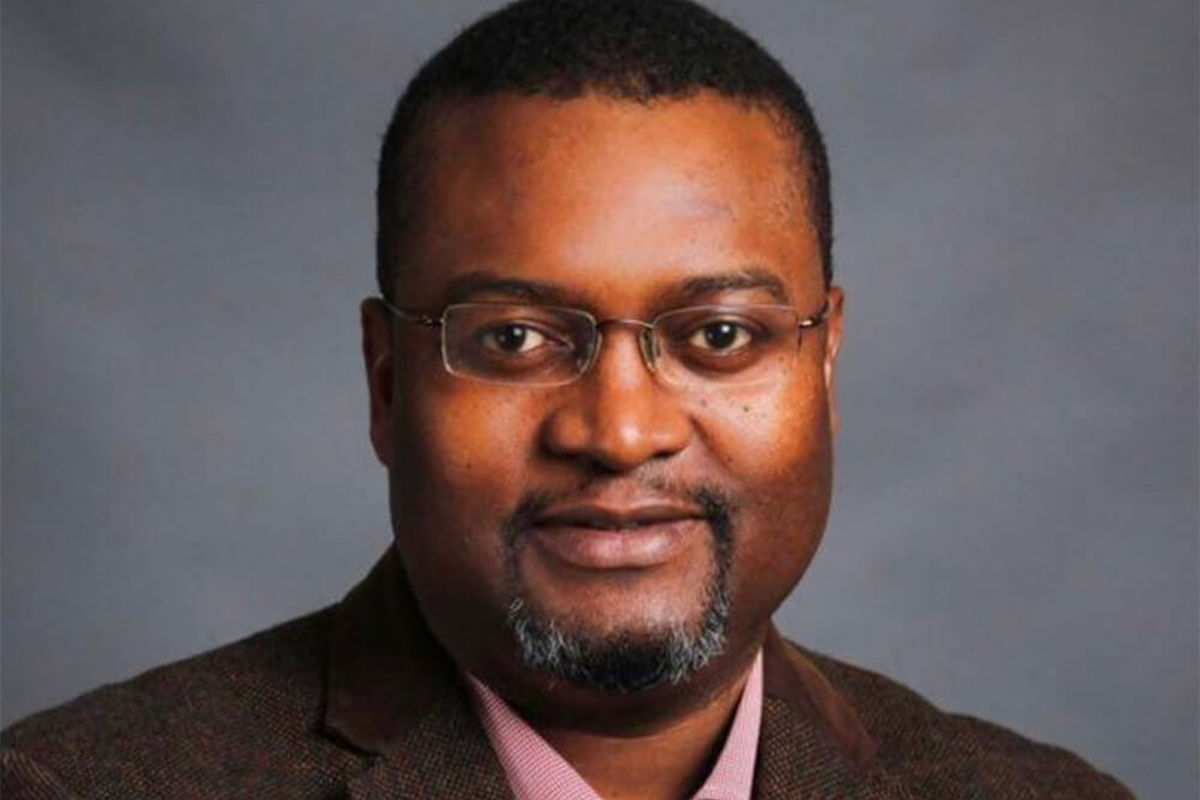 Zimbabwean public intellectual Dr Alex Tawanda Magaisa died on Sunday, June 5, aged 46. He suffered cardiac arrest at a hospital in Kent, United Kingdom. Magaisa was a technical advisor to the MDC-T party during the constitution-making process before working as an advisor to then Prime Minister Morgan Tsvangirai during the 2013 election season. He taught law at the University of Kent, publishing papers on land ownership, intellectual property and migration, among other interests. He was best known as a prolific columnist on Zimbabwe’s ongoing democratic struggle in mainstream media and for his widely discussed The Big Saturday Read blog, which This Is Africa occasionally republished.

Alex Magaisa easily stood out in Zimbabwe’s public discourse for more than a decade, not least because he was an exception to its rules. While he did not affect non-partisanship, he did not place his commitment to opposition politics above humane engagement. An affable man of letters, affectionately known as Gamaliel, he was above the temptation of snobbery. He was touched with feelings of his mortality and took human frailty as a basis for differing with compassion, a feature largely missing in Zimbabwe’s often toxic political space. He casually picked the law apart, weaving learned arguments with barbershop stories and pop culture references. Unchecked items on his bucket list include writing a biography on his music hero, Zanu PF-leaning Simon Chimbetu, and contributing to the democratic struggle on home soil again, with his assignment for then Prime Minister Morgan Tsvangirai having been cut short by the onset of a heart ailment in November 2013.

“Alex was undergoing treatment and tests when he suffered a cardiac arrest at 8am on Sunday 5th June,” his family announced in a message signed by his widow, Shamiso Magaisa. Zimbabweans across the political divide are shocked by the untimely passing of immense figure whose contribution to public discourse is irreplaceable. “The citizens have been robbed of a voice, a heart and a beautiful mind,” Citizens’ Coalition for Change (CCC) spokesperson Fadzayi Mahere said in a statement. “Magaisa leaves a rich legacy and an indelible mark on the struggle for democracy and good governance in Zimbabwe.”

Alex Tawanda Magaisa was born in Chikomba district on August 10, 1975. He went to St Francis of Assisi High School and graduated from the University of Zimbabwe with a Bachelor of Laws degree in 1997. In 2004, Magaisa presented a doctoral thesis on Indigenous medical knowledge systems and Intellectual Property to the Warwick School of Law, where he had also worked as a Graduate Teaching Assistant. He worked as a lawyer and legal manager for Zimbabwean and British firms before joining the Kent School of Law in 2007. He was teaching at the university at the time of his death.

Magaisa wrote popular columns in The Standard and The Daily News on Sunday and was variously featured in mainstream Zimbabwean newspapers. His blog, The Big Saturday Read commanded a loyal audience from all walks of life and went through newspaper reprints, and This Is Africa occasionally republished the blog. Magaisa generously allowed This Is Africa unfettered access not only to his body of published work but also insightful commentary into Zimbabwe’s political and cultural life. The question, “Does anybody have today’s BSR?” was as common to woke socials as the question, “Is Wi-Fi up?” is to campus corridors. Musaigwa, as Magaisa was affectionately known, approached writing passionately, painting pictures of township life, sports (mostly football), and popular culture, from Lazarus Boora to Moses Chunga, in the service of national questions. In a perhaps befitting farewell, his last post on Twitter on Saturday, 28 May was a football comment, which came after Real Madrid’s Champions League Final win over Liverpool, he posted: “Ana Real ndeve money game chaiyo!”.

All matters legal were his Promethean loot, sparring with the powerful, and empowering masses those robbed through censorship and complexity

Magaisa was in love with language and it came naturally to him. Bar dropping bars to bring the bar to the bar, he was at home in the commonplace. Some of his parables of succession, like Robert Mugabe on the dance-floor, and Mamvura the growth-point tramp who took the steering wheel by surprise, relied on an elegant facility in story-telling and world-building to repeat popular positions. He was, more importantly, consequential, deep and varied. All matters legal were his Promethean loot, sparring with the powerful, and empowering masses those robbed through censorship and complexity.

In 2020, Magaisa and media collaborators famously leaked the names of beneficiaries of Reserve Bank of Zimbabwe (RBZ)’s farm mechanisation programme. Obscene packages, running into hundreds of thousands for some individuals, were passed for repayment by taxpayers. Zanu PF politicians, senior judges and popular pastors were among the foremost beneficiaries. Non-state beneficiaries like mega-church pastors narrowly pitch patriotism sermons to rally support for Zanu PF while judges and services chiefs have long been perceived as the power behind the ruling party.

Taxpayers were shocked to learn that the patriotism of the elites comes with a demanding invoice. An associate has claimed that Magaisa feared for his life and would not come to Zimbabwe following his role in the leak. His collaborator on the story, Hopewell Chin’ono was in and out of jail for months in what many saw as vindictive persecution of a journalist by the Emmerson Mnangagwa administration.

In Zimbabwe’s polarised political climate, a photo with Zanu PF’s G40 kingpins would likely be mobilised for cancel culture, but Magaisa was not moved by the superficial

In 2017, Magaisa courted controversy for posing in a photo with Zanu PF’s G40 kingpins, Saviour Kasukuwere, Jonathan Moyo and Patrick Zhuwao. In 2022’s political climate, such a photo would be likely mobilised for cancel culture, but Magaisa was not moved by the superficial. He said his political record went deeper that a mere picture and used the controversy to preach tolerance, “I would urge young people – the youths – to shun violence and instead have healthy relationships with their opponents despite political disagreements,” he tweeted.

He also criticised callous comments on ill political opponents and revealed that he had been also battling a chronic disease since 2013, “For the past 5 years, I have lived with a chronic illness believing in the right thing. Yet for many, Magaisa is a great man. I’m not. It’s not in my hands. I fight like all else,” he tweeted.

Magaisa was a technical advisor to MDC-T during the constitution-making process, and endorsed the Constitutional Parliamentary Committee (Copac) draft as having a broader bill of rights, women’s rights, and devolution of power, among other positives. The Copac draft was overwhelmingly voted for by Zimbabweans in the April 2013 referendum. He would get back to work, this time as a highbrow blogger, as Zanu PF, used its parliamentary majority to reverse gains of the new constitution. From the Copac assignment, taken up during a leave of absence from University of Kent, he was called to be Morgan Tsvangirai’s advisor in the run-up to the 2013 general elections. MDC-T lost to Zanu PF and hastily withdrew a legal challenge to the results but Magaisa fondly recalls serving under the late icon of the democratic struggle, his Save totem-sake, whom he described as friendly and humble.

If Magaisa foresaw ugly twists in the Zimbabwe saga, he also foresaw that partisans would not be above politicising his death. As tributes pour from admirers, including Zanu PF interlocutors, there has also been disrespect and abuse. Magaisa was a consistent proponent of respect and ubuntu. He once shared a story about a chance meeting with his boyhood hero, Moses Chunga. Magaisa and his friends were going on about how the legend had run circles around an unlucky opponent, when the otherwise notoriously narcissistic Chunga approached them and said the footballer in question was late. Magaisa shared the story as a lesson in respect, one that may have to be repeated again and again for Zimbabwe’s political space, so self-referential, the dead are only instruments for its ends.

A Condolences-Chema GoFundMe campaign has been set up at Dr Alex Tawanda Magaisa.

Queen Elizabeth II: a reign that saw the end of the British empire in Africa