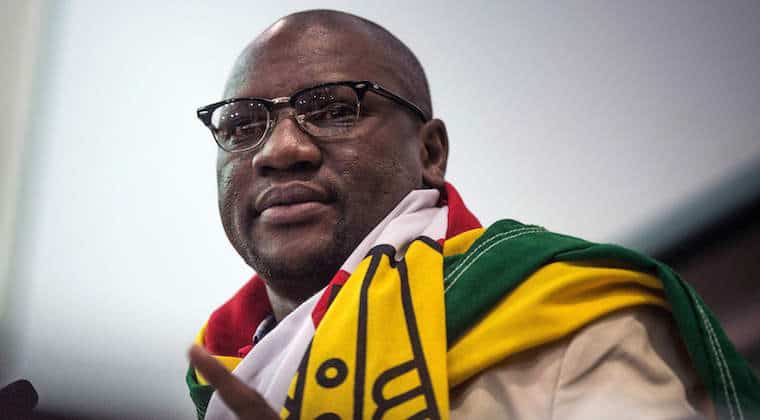 In keeping with the spirit of ‘chimurenga’ (Shona for ‘revolutionary struggle’), the most important word in Zimbabwe’s lexicon, the country has had more protests this year alone than over the past two decades. Most of these protests have been driven by social media. In fact, Evan Mawarire, an early contender for the title of Zimbabwe’s newsmaker of the year, is largely a social media phenomenon.

Unsurprisingly, the Zimbabwean government is now working on the introduction of laws that would allow for a clampdown on social media. According to Zimbabwe’s state media reports, the draft laws seek to penalise the ‘abusive’ use of social media with a five-year jail term. The draft laws allow the seizure of smart phones and laptops under the guise of maintaining law and order in cyberspace.

What is clear is that Zimbabweans have found a new voice on social media and are openly defying government efforts to strangle their freedom of expression.

In recent months, Zimbabwe has experienced unprecedented protest against long-standing, deteriorating socio-economic conditions. Social media has played a key role in facilitating the expression of discontent, providing an avenue for citizens to vent their outrage at the difficult conditions prevailing in their country. In the wake of the protests, the Postal and Telecommunications Regulatory Authority of Zimbabwe (Potraz), the telecommunications regulator, announced that it would not renew licensing for all over-the-top service data promotions for applications like WhatsApp, Facebook and Opera Mini. No explanation was given for this non-renewal.

Social media as a critical alternative avenue for expression

In a country where the mainstream media is largely controlled by the state and tends to churn out propaganda, and where private media is small and urban-centric, social media has proved to be a critical alternative avenue for expression. A few people have already been hauled before the court for ‘insulting the president’ and for alleged incendiary comments made on social media. In 2011, Vikas Mavhudzi made history by becoming Zimbabwe’s first ‘Facebook arrest’. He posted this comment on then Prime Minister Morgan Tsvangirai’s Facebook page: ‘I am overwhelmed, I don’t know what to say Mr. or PM. What happened in Egypt is sending shockwaves to dictators around the world. No weapon but unity of purpose worth emulating, hey.’

A Facebook user informed the police of the comment. Police officers found the comment on Mavhudzi’s mobile phone, which he had used to post the message, and arrested him. Mavhudzi was incarcerated and charged with ‘advocating or attempting to take over government by unconstitutional means’.

In July, a social media campaign that was hashtagged #ShutdownZimbabwe brought the country to a standstill, with many people staying away from work. The success of that civil action was largely attributed to a youthful cleric, Pastor Evan Mawarire, who lobbied Zimbabwean citizens through a series of posts, hashtagged #ThisFlag, via Facebook, Twitter and WhatsApp.

Because of the success of the stay-away, President Robert Mugabe threatened Pastor Mawarire with unspecified action in a public address. The government accused Mawarire of treason, but the case collapsed at the Harare Magistrate’s Court. Fearing for his life, Mawarire abruptly left Zimbabwe for South Africa. He has since found asylum in the United States. His campaign has left an indelible mark on the consciousness of citizens and has motivated Zimbabweans to take action together and speak out against the government.

More recently, Jealousy Mawarire, a spokesperson for the opposition party Zimbabwe People First, was arraigned before the court for a tweet in which he accused a government Minister of corruption.

Other campaigns have emerged, including #Tajamuka and #MyZimbabwe , that have spearheaded multiple street protests. What is clear is that Zimbabweans have found a new voice on social media and are openly defying government efforts to strangle their freedom of expression.

Analysts feel that the legislation is being enacted to stem dissent following the job boycotts and protests that have rocked the country.

This has left the Zimbabwe government deeply worried at various levels, hence their threat to introduce new laws to stem this newfound avenue of expression by its citizens. The commander of the Zimbabwe defence Forces, General Constantine Chiwenga, has even labelled citizens who use social media to vent their anger ‘cyberterrorists’.

Zimbabwean protest against the proposed introduction of bond notes in the capital Harare. Photo: Arthur Chatora

According to the Minister of Information Communication Technology, Supa Mandiwanzira, the government is already in the process of drawing up legal and policy instruments to regulate and control information communication technologies. A report in the state-run Sunday Mail said that the legislation, known as the Computer Crime and Cyber Crime Bill, together with two supporting Bills on information technology, is meant to ‘manage’ cyberspace, which has ‘long been abused to foment social disobedience and attack private citizens’.

The draft legislation states that any person, whether in Zimbabwe or overseas, shall be considered culpable if found to be ‘intentionally generating, possessing and distributing an electronic communication with the intent to coerce, intimidate, harass, threaten, bully or cause emotional distress to another person’.

However, analysts feel that the legislation is being enacted to stem dissent following the job boycotts and protests that have rocked the country, given that these stay-aways were being coordinated mainly through social media, notably WhatsApp, YouTube and Facebook. These avenues have proven too successful for the government’s liking in mobilising thousands of followers to take action and vent their frustration with a failing economy and alleged rampant corruption. Time will tell how Zimbabweans respond to this further infringement on their right of expression.

South Sudan presidency calls corruption report “a recipe for regime change”. “Don’t expect the president’s family to rent a house in a slum in Nairobi”

United States and the fire this time