What good is tradition if we lose a penis? 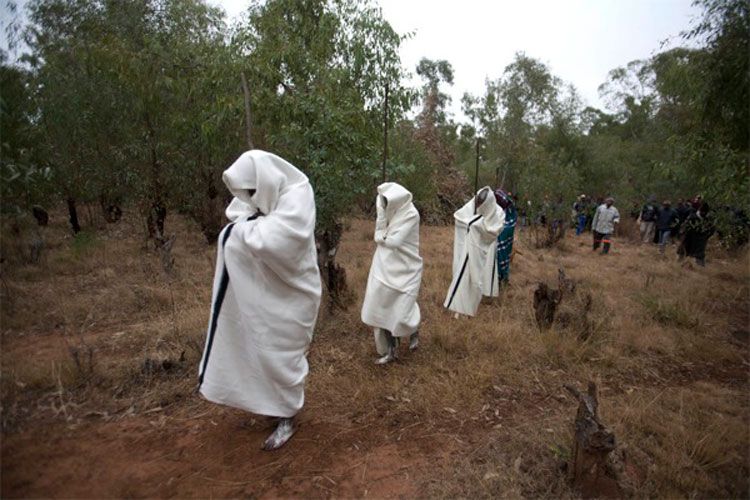 The reason he got this beating? Because by speaking out the initiate was allegedly “shaming the custom”. He loses a penis but he is the one who shames tradition.

Something seems off. This is clearly a case gone completely awry. But this is sadly not an isolated incident. In 2013 a study showed that 175 initiates in Pondoland had been admitted to hospital with complications and that 25 eventually lost part or their entire penis. When someone loses an organ it’s time to figure out if we are doing it right or if we should be doing it at all. To rethink a custom or part of a culture that has become more harmful than helpful. Or even useful.

As an African woman I am no stranger to the push and pull of cultural practices. I’m offered certain pieces of meat due to the fact that I am a girl (kidneys are apparently “girl meat”). Also there is the fact that boys are told they are older than me purely by virtue of their gender. I was once instructed to get my younger cousin (my junior by three years) food because “he is a man” and thus I must serve him and give him the same respect as an adult. Frankly I am not sure how much of a man he was at the time with his lack of direction in life, extreme laziness and socks that smelled like a cesspit in summer.

That boy could get his own food, to hell with what culture said. I had worked hard in university, paid my own rent and did not have funky feet. He should have gotten me food.

But I cannot lie, I am partial to some aspects of tradition and culture. I am of the nostalgic school of thought that holds firm to the belief that colonisation wrecked an idyllic life filled with homesteads, cows and nomadic tendencies. I also feel that they do have something to teach us in this day and age, for example the idea tied to respecting the aged as they have a wealth of knowledge. In looking at tradition there is no need to throw the baby out with the bath water but we do need to look at the role a particular practice plays in society. Case in point, polygamy.

What is the real reason for the act of marrying more than one person in this day and age? Men (and women) across the continent use the “culture” card but culture does not exist in a vacuum, it is there for a reason.

Back in the old country (as they say in Russia), polygamy was seen as empire building, a full house was a powerful house. Children were seen as a source of wealth. But in this day and age does this argument carry any weight? One need only look at the price of higher education and the fact that some children stay at home for extended periods of time, sometimes till the ripe old age of 30.

The average child is more of a financial drain than anything else.

Furthermore with the rise of the “absentee father” one really has to question whether men can really be entrusted with the responsibility of children in multiple households when some can barely tackle one. The strange thing is it is often these very men who are the most vocal, the men who can barely hold down one household are the ones who want multiple ones.

Other reasons for polygamy hold equally as little weight and include the following:

Despite the reasons given for polygamy becoming obsolete the practice seems to have morphed into something a little less homely and a little more seedy.

A bill was passed in Kenya recently allowing for the registration of polygamous marriages. The level of respect for the custom that forms a part of this practice was shown when a member of parliament said “when you marry an African woman, she must know the second one is on the way, and a third wife … this is Africa”.

Men seem to have forgotten the reasons for polygamy are not to have more than one warm body to share your last name and your bed. There are social, financial and emotional responsibilities tied to it. And if we are going to have polygamy then we should also look into the idea of polyandry. It, too, has historical cultural roots. Furthermore, with the economic empowerment of women I challenge anyone to say they cannot run more than one household. I personally believe I could handle a stable with the right planning, an Excel sheet and weekly Pilates to remain limber. And, truth be told, the economy is just not what it used to be. It’s all very well and good for Jacob Zuma, he has Nkandla.

Certain traditions need to be looked at in their modern context. It is not a disregard for culture, it is simply good sense. Simply doing something for the sake of doing it does not make it right, it just makes the person doing it seem somewhat mindless. Culture is not static. Understanding the reasoning behind it is what gives the custom true weight, not its supposed “timelessness”.

Related Topics:PatriarchySouth Africa
Up Next