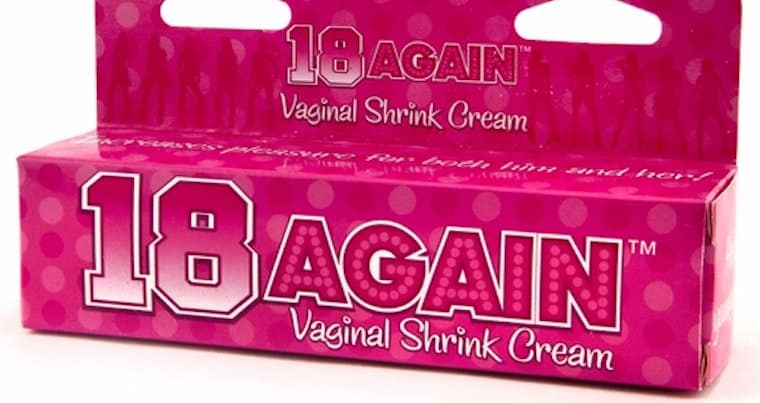 Vagazzling, waxing, scented soaps that cause thrush and putting ping pong-like exercise balls in your vajajay during staff meetings. These are just a few of the ways humanity has decided that the vagina should be harassed outside of the joy of periods and child birth.

We live in a world where one can engage in vaginoplasty (vaginal rejuvenation surgery) in order to ‘get your teenage vagina back’. Round here we may not have reached the point of widespread surgery but vagina tightening, like penis enlargement, is quite the business. ‘Everyone wants to tighten their punani,’ says a Nigeria based online sex shop owner who also sells the products on her site

As a woman, keeping your groin game in top shape is an age old struggle. For centuries there have been many ways devised for ‘keeping it tight.’ During a study of Zaire conducted in 1993, for instance, women used leaves which were crushed and inserted into the vagina several hours before coitus.

Although natural remedies are still widespread the world over there are now a variety of products on the market and the methods themselves have gotten a little more chemical-based. In Kenya you can buy something to keep it tight on Ngara street under the name Mawe ya wa mama.

In Zimbabwe back in the days, the trade of these products used to occur in the shadows. Now you can get your hair relaxed and purchase ‘mushonga weku tightena’ treatments at $1 a pack.

One vendor said he’d originally started selling the product on a trial basis but he decided to expand his enterprise once he started earning $100 a day, with customers ranging from married women to ladies of the night. That comes to a cool 100 people wanting herbs to put in between their legs. But these are not the only options either, there are other products on the market ranging from $5 to $50 depending on where you buy them.

In South Africa the products to tighten your vajajay can be found online with many vendors providing mobile numbers and some even offer free delivery.

Alibaba.com has over 40 vagina tightening products ranging from creams, moulded products spells, to something utilising a chicken that gave very little description. One particularly popular one in the digital sphere is ’18 Again’ which is sold by a variety of providers.

A number of these products claim to be safe and ‘allergen free’ while others punt the ‘natural remedy’ route. These claims are nevertheless doubtful. For one thing these creams and herbs could give you cervical cancer. ‘Intense vaginal washing (douching) with any agent is considered bad practice,’ according to one cancer specialist, because of the effect it has on the body’s natural defences. It’s worrying then to hear some women say that cancer will only affect them later ‘right now they are focused on pleasing their men.’

But then there is the larger, problematic, claim that women are empowering themselves through the use of these products. Yes, vagina tightening does have elements of taking control of ones’ sexual destiny but there is no denying that there is something deeply troubling about women having to use these male-centred ideas of sex to create a sense of agency in terms of their sexual practices.

Thriving insecurities of needing to have the right equipment seem to be what fuel the market for these products. It seems that it is not always about pleasure but upping your desirability stakes. One Zimbabwean woman, speaking anonymously, said that the use of the creams was because men went looking for ‘small houses’. And a vendor in Nigeria ventured to guess that part of the motivation for some women in polygamous marriages is because they want to keep up with the closest rival, be it wife number two or three.

This puts women in a position where they have to up their sex game to keep their men, perpetuating the idea of women’s sex and women’s bodies being for men. In all of this there is the continued sexual subjugation of women.

There is nothing wrong with keeping your sex game tight, some of us swear by kegels, pole dancing and Janelle Monae’s Yoga video, but when it becomes life threatening then it’s a problem.

One man I spoke to said ‘if 50 percent of women are having orgasms then we are doing well.’ No it means humanity just passed the exam. Women need to do things for themselves. Putting sexual pleasure of one’s partner above one’s own sexual health, and possibly pleasure, is no way to live. (Potentially having to deal with cancer at a later stage or deal with abdominal pains, abrasions or internal bruising). If you are doing it to keep your man then sex is now a job.

I have heard magical things about getting a Brazilian, it makes you a new woman and adds a spring in your step.  If the glue from your vagazziling stings or the cream you are a smearing in is giving you cervical cancer step away from products – get a wax and do kegel exercises instead.

Chances are your partner is just grateful you are naked in the first place.

Related Topics:Sexual health
Up Next

Made in Africa III: The rise of African literary digital platforms

Zimbabwe reportedly the biggest condom consumer in the world