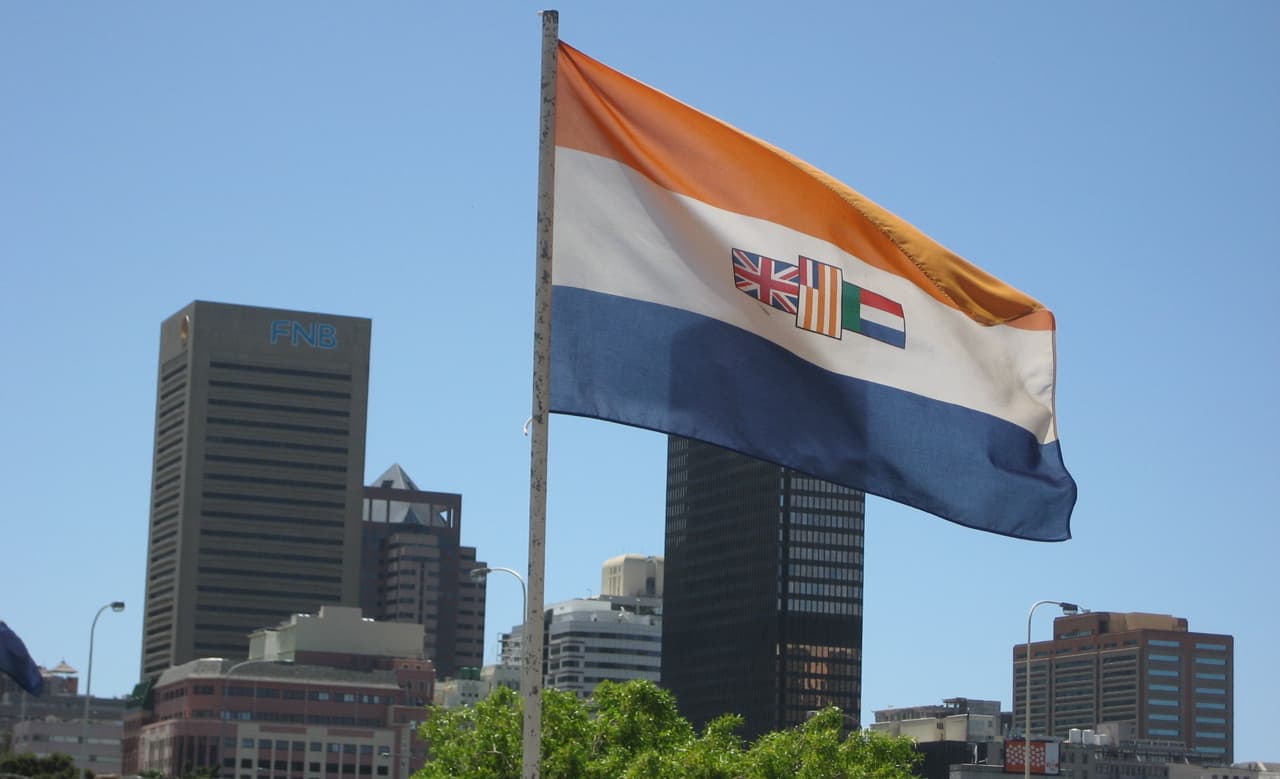 South Africa’s Equality Court has ruled that it is now illegal to publicly display the apartheid flag in South Africa.

The court ruled that displaying the apartheid flag constitutes hate speech. The historic ruling has been widely hailed by civic groups and members of the public on social media.

Judge Phineas Mojapelo read the ruling, which said in part: “Displaying [the apartheid flag] is destructive of our nascent non-racial democracy… it is an affront to the spirit and values of botho / ubuntu, which has become a mark of civilized interaction in post-apartheid South Africa”.

The court ruled that displaying the  apartheid-era flag in public constituted hate speech, which discriminated against Black people and violated equality laws.

South Africa’s Minister of Sport, Arts and Culture Nathi Mthethwa hailed the ruling. Commenting on Twitter Minister Mthethwa said: “We welcome the judgement handed down by the Equality Court which ruled that the gratuitous display of the #ApartheidFlag constitutes prohibited hate speech, unfair discrimination & harassment; in the spirit of the preamble of the Constitution of the Republic of South Africa”.

The Apartheid flag is gone!

The Equality Court has today ruled that gratuitous displays of the old flag are legally hate speech! A win for democracy and all South Africans!#MoreThanAFlag pic.twitter.com/tdDLdz2IEw

The governing party, The African National Congress has welcomed the judgement, describing it as a “vindication” of its position that “apartheid paraphernalia are divisive and represents a hankering for our ugly past”.

Far-left opposition party, The Economic Freedom Fighters also welcomed and celebrated the ruling. In a statement the party said: “Long have we said that the apartheid flag, as well as all another apartheid symbols [sic], must  fall. We welcome this ruling as a milestone and victory in favor of all those who’ve been calling for the apartheid and colonial symbols in society to fall”.

“It must be common cause that the apartheid national anthem must follow after its flag. The partners flag and its anthem belong to the same species. They are the two sides of one coin. When white supramacists display the flag, they salute it by singing Die Stem because they belong in the same same anti-black racism performance acts”.

However, on the opposite end of the debate stands AfriForum, who opposed the ban and strongly supported the preservation of the apartheid flag. AfriForum’s Deputy CEO  Head of Policy and Action, Ernst Roets has previously said banning the flag is a violation of freedom of speech, and it must be kept as an expression of free speech.

Related Topics:DecolonisationDemocracyRacismSouth Africa
Up Next

Women in Kampala’s Nakawa market are united against sexual harassment

Repression and dialogue in Zimbabwe: twin strategies that aren’t working