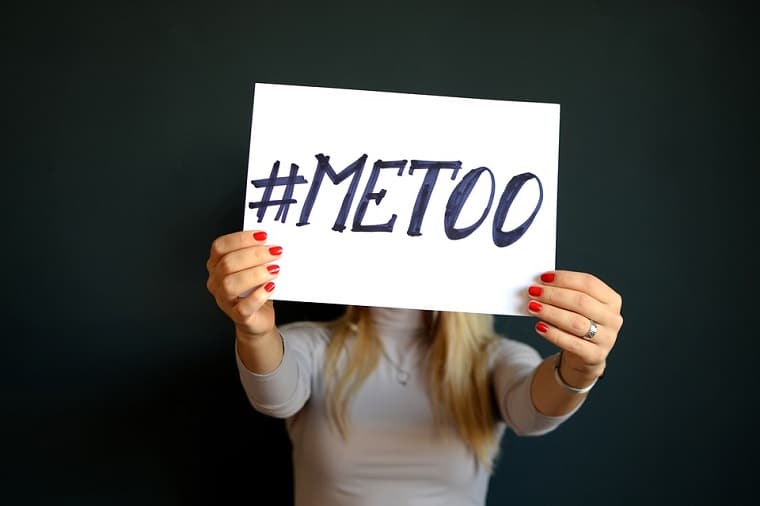 I have always thought of myself as a relatively decent person. I don’t litter. I don’t kick puppies. I believe in global warming and the universal right to vote. I give money to good causes and I am not averse to hugging a stranger or two. These ‘good traits’ have refined themselves over the years into a set of beliefs; a moral code, in a sense – something I have come to know as ‘my politics’. Being a good person, I always thought that my politics – which focuses on the body and who has a say over it – were pretty solid, but the recent conversations around the #MeToo campaign have made me question that.

This campaign followed the emergence of sexual assault and harassment allegations against Hollywood bigwig Harvey Weinstein. For those not familiar with the nightmare, the issue is the exposure of decades of sexual abuse and harassment by this producer, writer and director. Actors ranging from Ashley Judd to Lupita Nyong’o (a total of about 65 women thus far) have come forward to detail their encounters with the prominent and powerful movie mogul. Some of the allegations include that he asked women to massage him and watch him naked. What is even more of a mess is that, basically, everyone knew. Stand-up comedians have been making jokes about Weinstein for years yet nobody stepped forward to say anything.

The biggest question is this: How could there have been so much silence about such widespread claims of sexual assault and harassment in an industry that is built on exposure? How is it that so many people could have been complicit in the abuse? It must mean that everyone was either really trash, really scared, or really oblivious. But no, this is not the case. Creating the kind of toxic spaces where abuse can thrive is a lot easier than one would think. Even the most woke and progressive spaces can harbour and hide predators.

The slip into silence by those within both the professional and the personal space is so easy that it is disconcerting, and thinking through my actions as a sex-positive feminist has made me ask this: How many similar situations might I have been involved in creating because I simply just ‘kept it moving’? I realise now that even in my own life and work, I may have sown the seeds to grow a tiny Harvey Weinstein in my own backyard.

The sad truth is that no matter how woke and passionate a person is, the gut reaction to sexual assault and harassment seems to be to simply buckle down; to ignore it. This is then coupled with othering and ostracising the victim, either through silencing and simply carrying on or actively cutting them out. We do it for the ‘sake of the cause’, turning a blind eye because the people who commit these assaults and who are abusive often do amazing work.

Within social justice spaces, the views seem rock hard on the surface, but right beneath they can sometimes be soft and malleable. People’s politics are able to bend to notions of friendship, influence, alliances, reputation, loyalty or even that constant need to pay the rent/buy groceries. Although I have witnessed this in others, I shall serve as my own cautionary tale.

Case Study Number 1: In 2009 a friend told me how another friend of ours had sexually assaulted them after a night out. I was shocked and saddened that something like that had happened to my friend – and that someone so close to us was the perpetrator. Yet it would seem that I was not moved enough to do anything about it because three months later I gathered us all together for lunch. She was there, and so was he, and apparently it was delightful because we all seemed to get along and none of that ‘sordid business’ was even mentioned, nor alluded to through body language. Admittedly I was younger then and my politics were written in pencil more than etched in stone, but to this day, nearly 10 years later, I have still said nothing to the perpetrator.

Case Study Number 2: By 2015, my politics were at least painted on the wall; they were a little more permanent but still subject to upgrade and change. During drinks with some feminist friends, one person opened up about how another feminist within the community had sexually assaulted her. That night we discussed the silencing of it all; how she hadn’t said anything because the person was well known and many people had told her not to. About seven months later, I attempted to bring them both into a partnership for a project that would have seen them working in close physical proximity for an extended period of time. I may have encouraged her to speak up but I then silenced her by considering the work of her perpetrator more important than her comfort.

Case Study Number 3: In 2016, after a lengthy conversation, a friend confided in me that her partner had once beaten her so badly that it had caused permanent damage to a part of her body. Another friend (unrelated to the first one) confirmed that the same person had made threats against her friend. I knew this person in my professional life and had gone as far as working with them – ironically – on projects that looked at physical safety and bodily agency. I made a half-hearted attempt at confronting the perpetrator, but it was mediocre at best. In the end, after a few messages filled with the perpetrator’s half-hearted denial, I let the conversation die.

Case Study Number 4: Recently, I heard about an assault by one activist on another. I had a brief moment of thinking, ‘Maybe the victim is lying’, because I know the perpetrator quite well professionally. I’ve proceeded to put myself on perpetual ‘time-out’; I’ve placed myself in the naughty corner, where I still am, even as I write this article.
So these are my case studies. I have made moves to atone for some of them; for others I simply carry the shame and try to figure out what to do as my complicity becomes increasingly more acute. The question of how I allowed myself to become complicit becomes less important, because the vortex of rape culture is strong and getting sucked into victim blaming and wanting ‘proof’ remains a widespread thing.

Keeping the abusers out

The real question is: What to do now? Time and time again, the world proves that it is a scary, messed-up place where even the safe spaces we create can hide monsters, so what is one to do? It is easy when the villains are in someone else’s gang but what happens when they are in your own squad?

As feminist activists we face some of the deepest conflicts because sometimes the perpetrators of these crimes are our work colleagues, our family, those doing greatness in their activism or various fields of work. They are people we are in the trenches with; people who (seem to) believe in the same things we do.

Read: Is Nigeria on the Verge of a Rape Epidemic?

A wise friend told me that, first and foremost, we must be as gentle with ourselves as with those who occupy those spaces. “What matters is learning how to be accountable while holding space for ourselves and our traumas, our triggers and our blind spots, the impossible compromises and complexities that are part of the work,” she said. “This isn’t to excuse us. But it’s to say that we’re deserving of gentleness because this shit is so f**king messy and so f**king hard and we’re human. We’re human.”

And that is the key: to identify that we are human, and therefore subject to flaws. We need to be cognizant of the potential harm we could be doing as people who actively meddle for the good of others. We need to create spaces where we can be gentle with ourselves and with others, but also hold each other accountable.

We do ourselves no favours to pretend that the toxic behaviours do not exist in our personal spaces; in our personal lives; hell, sometimes in ourselves. These safe spaces we create within ourselves need to understand these ‘complexities and compromises’ and make room to identify, hold and address them. The continual sweeping-under-the-carpet is causing a mess. And how can we purport to be cleaning up the world when our own house is a pigsty?

Advertisement
Related Topics:Feminism
Up Next