The thin line between labour exploitation and human trafficking 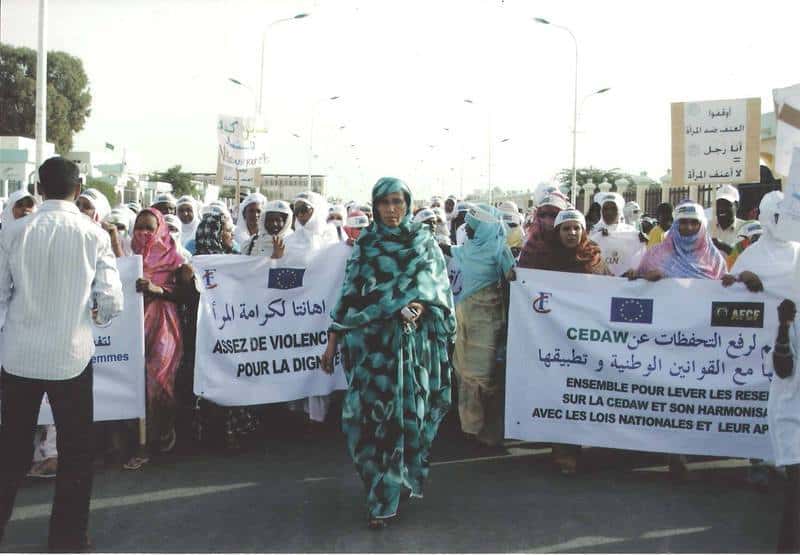 According to French news reports from 29 July, a criminal investigation has been launched after one woman’s mother laid a complaint in the Mauritanian capital, Nouakchott. Her daughter had contacted her telephonically and told her about the ‘sexual, psychological and physical abuse’ the women are going through.

The matter is made even more complex given that these women are Harratin; a social and ethnic group that was historically forced into slavery in Mauritania. If the investigations prove that the women are indeed being mistreated, drastic action would be needed to ‘free’ them and ensure their safe return. They are the first group of around 500 Harratin women who have been recruited to do domestic work in Saudi Arabia.

This is not the first time Mauritanian women have been recruited for ostensibly legitimate jobs, only to be exploited sexually or tricked into near slave labour. In other parts of West Africa, cases have been reported of young women being ‘trafficked’ to work for wealthy citizens or even embassy staff in Europe. They receive little or no pay and are deceived into believing they would get an education abroad.

The worldwide movement against human trafficking, supported by the United Nations (UN), aims to eradicate such illegal practices. In South Africa – where Women’s Day was celebrated yesterday, 9 August – the government has also taken up the fight against human trafficking by imposing strict new regulations for visitors travelling to the country. These rules, considered to be some of the most stringent in the world, have however hampered tourism since they were instated earlier this year.

In the run-up to the 2010 FIFA World Cup, human trafficking was also in the spotlight as prostitution rings allegedly planned to traffic women to South Africa. Analysts, however, say that great care should be taken with the terminology around migrant labour and exploitation, since ‘human trafficking’ has become a rallying cry for conservative lobbies.

Chandré Gould, a senior research fellow at the Institute for Security Studies, echoes this warning. She says the example above – where already marginalised women are made to believe they would be legitimately employed, only to be held against their will – could indeed be considered an example of human trafficking. However, she agrees that the notion of human trafficking is used by right-wing, religious lobbies, anti-immigration groups and abolitionist feminist organisations that campaign for the criminalisation of prostitution. ‘Together they form an unholy alliance to push their own agenda,’ says Gould.

Gould says an investigation by the International Organisation for Migration found only one case of human trafficking ahead of the 2010 World Cup in South Africa. ‘There is a notion that women and children are being swept across borders to be exploited on the other side by evil men,’ says Gould. ‘We should ask whether it is useful to think of labour exploitation as trafficking, which is a notion with so much political and ideological baggage.’ She adds that legitimate efforts against trafficking should not be used to scare women looking for work and ‘portray them as hapless victims.’

The UN protocol to prevent, suppress and punish trafficking in persons was adopted in 2000 and ratified by 140 states. It defines human trafficking as ‘the recruitment, transportation, transfer, harbouring or receipt of persons, by means of the threat or use of force or other forms of coercion, of abduction, of fraud, of deception, of the abuse of power or of a position of vulnerability or of the giving or receiving of payments or benefits to achieve the consent of a person having control over another person, for the purpose of exploitation’.

It adds that ‘exploitation shall include, at a minimum, the exploitation of the prostitution of others or other forms of sexual exploitation, forced labour or services, slavery or practices similar to slavery, servitude or the removal of organs.’

Migrants from the African continent arriving in Italy after illegally crossing the Mediterranean. Image: Reuters

Women are also not the only ones ‘trafficked’. Studies done by the Aletta Insitute for Women’s History in Amsterdam show that in Namibia, for example, Bangladeshi men are those being trafficked rather than women. Human trafficking of migrants and refugees is also rife in the Horn of Africa and Libya, as one recent Amnesty International study revealed.

Exploitation in the private sphere of the home remains a serious threat to many women across Africa. In South Africa, many women travel long distances to work in the homes of the more affluent middle classes and cannot afford proper care for their own children in the afternoons, after school. This leads to a host of problems. Studies amongst convicted felons in South Africa show the detrimental affect of this absence of millions of South African mothers from their homes to do domestic work, says Gould.

Related Topics:Human rights
Up Next