Us and Them — Racism at Ukraine’s border and Western media othering Africans: Symptoms of an enduring problem
Advertisement 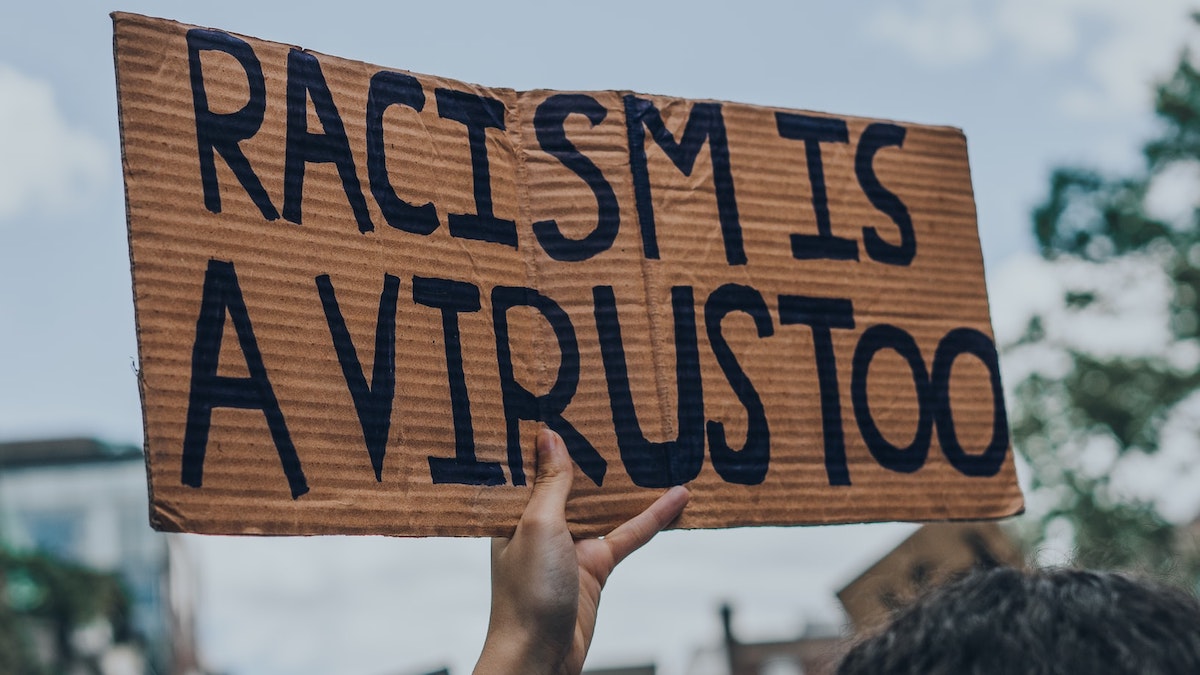 “We were treated like animals,” a Moroccan student sighed at the end of his ordeal with racist Ukrainian border authorities. Hundreds of African nationals have been denied the right to cross into Poland for safety, as various accounts emerge of “No blacks” and “Ukrainians first” refugee hierarchies at the Ukrainian side of the border. Some have resigned back into the war-zone, no longer able to huddle in the nighttime snow, hunger, thirst and sleep deprivation of the border post.

Africans came out for Ukraine and now they cannot come out of Ukraine. Most Africans have unreservedly and unconditionally condemned Russia’s imperially entitled invasion of Ukraine. Vladimir Putin’s Cold War gambit, so out of place among the eco-existential problems of the 21st century, has prompted global solidarity against nationalism, imperialism and geopolitical adventurism. Against the same basic human decency, Ukrainian authorities must be called to account for racially discriminating against Africans at border crossings.

Locked out: Photo credit – Free to use under the Unsplash License

“Reports that Africans are singled out for unacceptable dissimilar treatment would be shockingly racist and in breach international law,” African Union chairperson, Senegalese President Macky Sall, and AU Commission chairperson, Moussa Faki Mahamat, have said in a statement. Some United Nations commissions and several African governments have also condemned Ukraine the actions.

Ukraine’s blockade against refugees is nothing if not criminal. State officials may have acted out individual prejudice but persisting ill-treatment will trace back to an institutional position. Given the thousands of lives at stake, African governments will have to pursue concrete international penalties against Ukraine.

With the roots of racism running deeper than global solidarity in Ukraine, the singular figure of the animal brought up by the Moroccan student is relevant. Contingent actors at history’s crossroads have often defended their freedom, not by appealing to a common humanity but by proving their superior humanity in contrast with the animal other. Immigrant, native, minority, Black, Arab, Jew and slave all prowl in othering register as the exception that proves the humanity of White freedom fighters. Ukraine and the mainstream media telling its story have not yet evolved past this original sin of Western philosophy.

During London’s race riots, Zimbabwean writer Dambudzo Marechera sat in a pub listening to a drunk Asian deny that he is Black. “His  bemused white acquaintances refrained from comment,” Marechera recalls. “In desperation, the Asian looked round and stuck his forefinger out at me. ‘He’s black, can’t you see? He’s a real nigger. I’m not a nigger. I’m white.’” This is necessarily the path followed by global icon Mahatma Gandhi who proves the humanity of South African Indians by proving that they are not Black.

Man gave names to all the animals

Adam does not become a man when God breathes into him but rather when he is sent to name all the animals. The idea of humanity, which becomes the organising ethic in time of crisis, is artificial as such. Man has no special claim against the Derridian gesture to never treat an artificial situation as though it were natural because he is not created but named in opposition to his animal other.

Among the animals, Italian philosopher Georgio Agamben tells us, man is neither a biologically defined species, nor a given substance but rather a humanity-creating device. Man “must recognize himself in a non-man in order to be human.” The post-truth technology of the deep-fake, which achieves the idealised image by working through opposites, draws on this origin story.

Back in the “real world” of mainstream media, it is not enough to stress the humanity and sovereignty of Ukrainians under an indefensible attack by Russia. The all-important question of colour comes up on BBC when Ukraine’s deputy chief prosecutor David Sakvarelidze tells us: “It’s very emotional for me because I see European people with blue eyes and blonde hair being killed.”

Here, we are one step away from the expendable African on Ukrainian soil and the impossible Arab in the shadow of American drones. Which is, in fact, CBS correspondent Charlie D’Agata’s point: “This isn’t Iraq or Afghanistan…This is a relatively civilised, relatively European city.” This dialectic of white and other, European and Arab, is carried on  impressively by much of the big media in a Twitter thread curated by Alan MacLeod.

Civilisation and its animal remainder

But what gives colour to White and blue is the civilisational content. Al Jazeera directs our attention to the dress sense and middle-class sensibility of the casualties, their proximity to the centre. “These are not obviously refugees trying to get away from the Middle East… or North Africa. They look like any European family that you’d live next door to.” In The Daily Telegraph, Daniel Hannan concludes that war is wrong when we are not talking about some dark periphery but white people who own Instagram and Netflix accounts.

Anticipating Agamben’s “humanity-making” device, Marechera tells us about the civilisational content that separates humanity from expendable animal life. “Advertisements, educational programmes, television, the radio, universities, general elections, wars and the very notion of progress have performed mass brain operations in the heads of peoples in Africa, America, Asia and the Pacific.

Photo credit – Free to use under the Unsplash License

“The human being consciously created himself by cramming inside his own head the things that have convinced him of his separateness from his animal lineage. In the same way, others today are convincing themselves in Africa and elsewhere of their own elite separateness from those ‘unfortunate’ enough not to have had brain operations quickly enough, if ever,” Marechera writes in The Black Insider.

Editors miss the point when they omit the story, “Are There People Living There?”, from Penguin edition of The House of Hunger for being “weight-maker.” The anthropological title alone could save America’s war room the trouble of going over Foreign Affairs and Stratfor essays every month.

Ukraine’s racism brings into question the question of solidarity. “Black Africans are being treated with racism and contempt in Ukraine & Poland. West cannot ask African nations to stand in solidarity with them if they cannot display basic respect for us even in a time of war. Ignored in a pandemic and left to die in war?!! UNACCEPTABLE,” Dr Ayoade Alakija, a special envoy at the World Health Organisation, posted on social media. Most African countries have placed Ukraine’s right to sovereignty above their relations with Russia, a liberation-era ally and resurgent actor whose tentacles run deep in Africa. This remains the only path but Ukrainian authorities are undermining the logic of global solidarity and empathy upon which this support is based.

Africans make a significant part of the displaced student population in Ukraine. Morocco has the largest number, at 8,000 students, followed by Nigeria’s 4000 and Egypt’s 3,500. Ukraine-born citizens with African heritage have not been exempted the racism. An older research records Black people being excluded in their country, requiring a “social visa” to get by, and inordinately subjected to police checks. The African-American researcher notes that as “the presence of racism and xenophobia is increasing in Ukrainian society,” “effective social change must come from above.”

The AU has commended African countries which have been able to repatriate their citizens or facilitate their transit to neighbouring countries. However, the lethargy of African governments and the AU itself are part of the problem. Some students were in touch with their embassies before war broke out but did not receive assistance to leave the country. Others are indefinitely on their own, having been promised flights after Ukraine lifts the ban on its airspace. As a Twitter user notes, African governments know for their love for private jets and luxury trips fail to act when citizens are caught up in a humanitarian bind.

A Ukrainian official and mainstream media commentators have obviously put down the racism outcry to Russian propaganda. Are we forever stuck at the conundrum of what precedes the other in war, soul or spectacle?